Matt Mills has had to re-package his Goleen Harbour offering.

The lack of competition in the adventure tourism sector has been causing massive problems – and huge bills – for operators in West Cork. But now there is some hope on the horizon, writes Kieran O’Mahony

A WEST Cork activity firm hasn’t been able to offer outdoor activities to customers for two summers, while another has seen its insurance costs jump 300%, despite having no claims against them.

For those operating in the popular adventure sector in West Cork, the lack of competition in insurance is stifling the growth of what could be a very lucrative and busy tourism offering.

Rising costs, coupled with Brexit issues and the claims culture, have led to many UK-based insurance companies exiting the Irish leisure market, leaving business owners scrambling to get public liability insurance as the options dry up.

But now, a new group insurance scheme co-ordinated by the representative body, Ireland’s Association for Adventure Tourism (IATT) is being hailed as a possible saviour for the industry.

The IATT and Arachas, a nationwide insurance broker, last week announced details of a landmark community-based insurance scheme for its members.

Arachas specialises in providing innovative and business-critical insurance schemes for groups or businesses that find it hard to source fairly-priced cover.

IATT had been working actively to source a long-term solution for its members since last autumn, when the situation reached crisis point, as the only insurance providers to the sector exited the market.

Chief executive of IATT, Brendan Kenny, said they are delighted to partner with Arachas in delivering what they will hope will be a sustainable solution for insuring adventure activities in Ireland.

‘Our members can now move forward in confidence in offering their exciting, world class experiences, particularly as the country seeks to come out of the Covid-19 crisis,’ said Brendan. 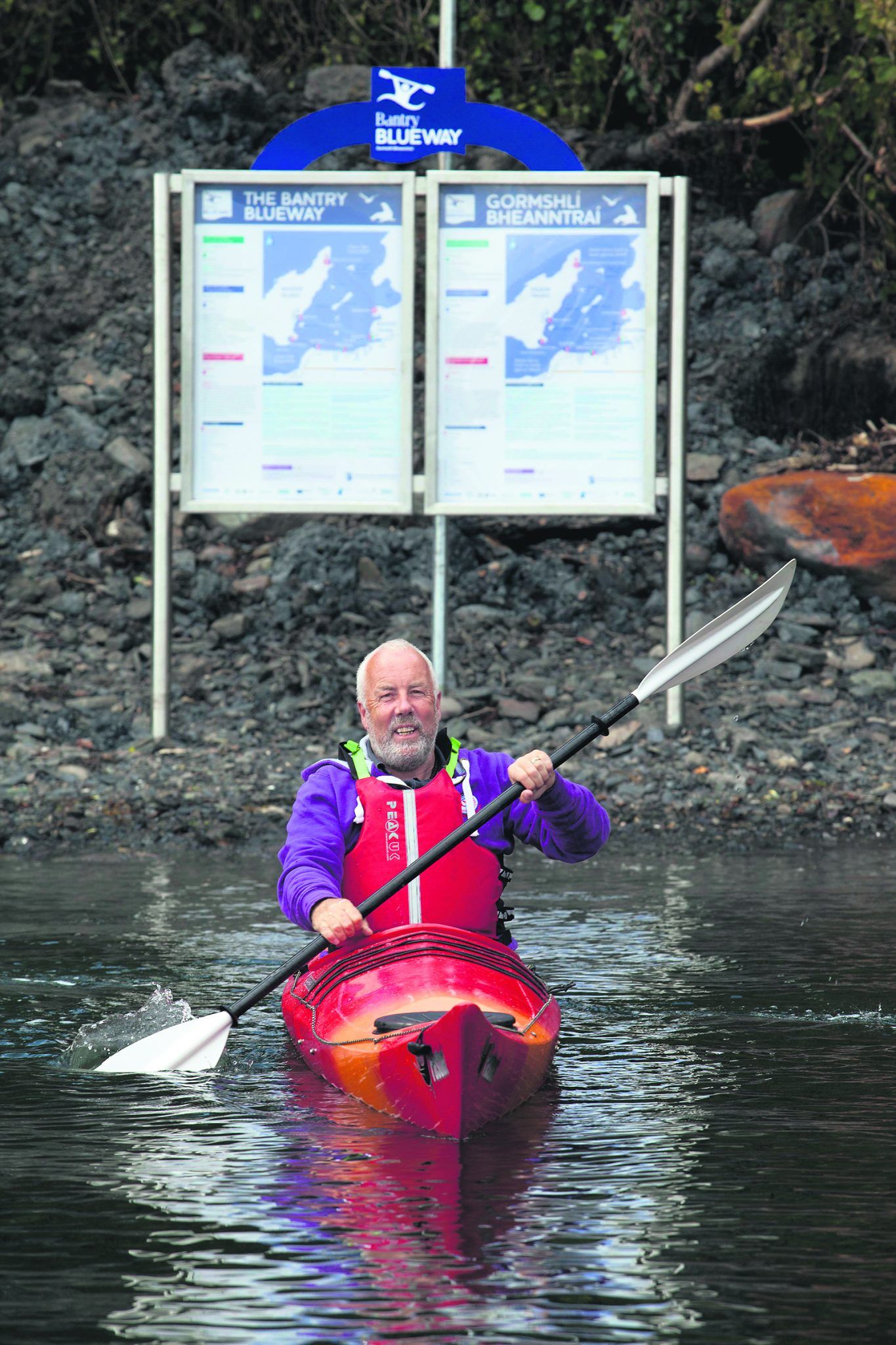 Jim Kennedy is seeking a new insurer for his kayakying business.

Joey Wynne, chief commercial officer for Arachas, said that as a broker they will utilise their insurance and industry expertise to work with their national and international insurance partners to provide credible insurance products to affinity groups and business organisations. ‘We have successfully operated similar schemes in other industries recently in the Irish market – including for childcare facilities, also a situation where other providers left the market.’

The news can’t come fast enough for Matt Mills who runs Goleen Harbour, an eco-accommodation and outdoor experience centre just outside Goleen village, has been unable to offer any outdoor activities for two summers because he cannot get insurance.

‘We had a year, then, when we got a broker who managed to get us a policy, where we were covered as package operators, so everything we did had to be packaged with something else,’ Matt told The Southern Star.

‘Our policy ran out last June, so we weren’t been able to offer these activities last summer or this summer. So we’re really only offering half of our services, which is frustrating, especially when people contact us seeking outdoor activities.’

As a member of  IATT, Matt said, ‘it’s a seriously positive step, because everyone’s health and safety and risk assessments will be standardised, so that will help with insurance quotes.’ 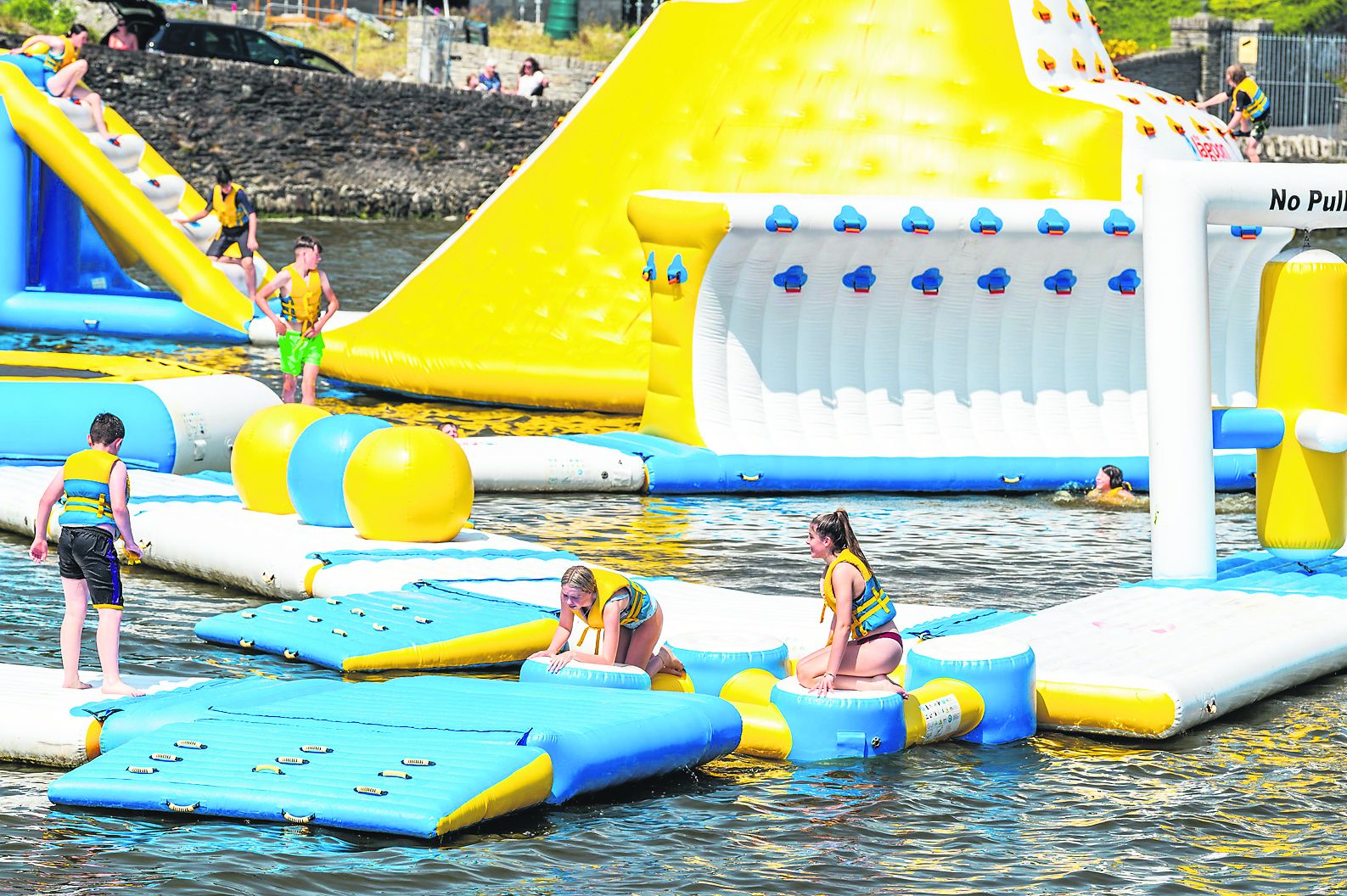 Paul Melody of the Lagoon Activity Centre is confident the new group scheme might be the solution.

Paul Melody, who has been running the Lagoon Activity Centre In Rosscarbery for the past eight years, said his insurance has increased 300% year-on-year for three years, despite having had no claims during that period.

‘Our insurance from last year hasn’t lapsed yet, so we’re still ok for this summer season, which has been the best summer we’ve ever had,’ he explained. ‘We’re lucky in that respect is that our insurance renewal is so late in the year. We’re with a broker in Limerick and it’s a UK company and our insurance is a five-figure sum. Most of those insuring waterparks have gone out of the market, so we were lucky for this year,’ said Paul.

‘My understanding of this new proposed group scheme is that everyone in this industry more or less pays the same premium  and if there are fraudulent claims, then everyone would stick together and fight them,’ said Paul.

Jim Kennedy of Atlantic Sea Kayaking is also a member of IATT. He said they had the same insurance company for the past 25 years, but they have now left the country, forcing them to seek a new insurer.

‘We’ve been in the business for 30 years with a clean record so that helped in getting our new insurer. We’re quite happy with them, but they have said that we can’t take anyone under 18 out at night-time. We were able to do this with our previous insurer,’ said Jim, who runs very enjoyable night-time kayaking tours, which are often popular with family groups.

‘We didn’t have a lot of under 18s doing it really so it hasn’t been that much of an issue,’ he said. ‘But the great thing is that the people who can’t come out at night are delighted to come during the day, and the day trips have been very busy, so that they’re not too disappointed.’