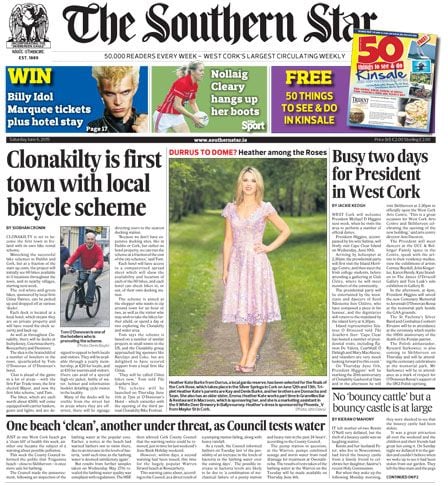 Clonakilty is first town to get local bike scheme

Is 'Majesty' missing near Leap?

50 things to see and do…Kinsale