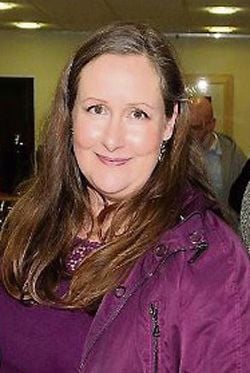 A ‘COMMUNITY orchard’ containing native Cork apples is to be planted in Clonakilty in a colourful project under which it’s hoped strawberries, herbs and even vegetables will be set in green areas around the town.

The orchard will be planted just behind Deasy’s Car Park, according to Kerry Liao, a founding member of the Clonakilty Growery group, which is behind the project. Land has been allocated by Cork County Council for the project.

The site is north-facing, and it is envisaged the orchard will contain Irish apples – and even a species native to the Cork region.

‘There is a little red apple called the Molly Apple which is native to Cork,’ said Ms Liao, who is married to well-known entrepreneur, Coder Dojo co-founder Bill Liao.

The group will hold a public meeting in the coming weeks.

‘It will be very much a community orchard, but we have to wait and first make sure we have all the details of the land,’ said Kerry, adding that the site was a good place to start because it was extremely visible.

For The Growery, a core group of about seven volunteers, an apple orchard is just the beginning.

The group is also very interested in demonstrating its members’ green-fingered skills, working with old orchards, traditional walled gardens and poly-tunnels – and even, down the road, in green spaces in the town centre.

‘In conjunction with Clonakilty Tidy Towns, we’d love to see vegetables, herbs, strawberries and other soft fruit being planted in green areas in the town centre,’ she added.

The Clonakilty Growery has also applied to the Grow It Yourself Working With AIB Get Ireland Growing Fund.

‘The growing season is looming and we would like to get everything sorted quickly so that we can begin planning,’ said Kerry.