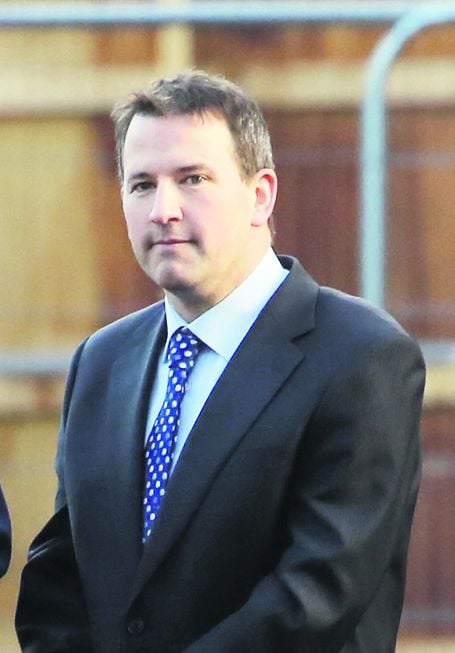 Graham Dwyer: found guilty of the murder of Elaine O'Hara

BANDON native Graham Dwyer will be sentenced to life in prison later this month, after being found guilty last week of murdering Dubliner Elaine O’Hara by stabbing her for his sexual gratification in the Dublin mountains.

The 42-year-old was on trial at the Central Criminal Court for more than two months, charged with her murder on August 22nd 2012, hours after she was discharged from a mental health hospital.

The Cork-born father of three of Kerrymout Close, Foxrock, Dublin had pleaded not guilty to murdering the 36-year-old childcare worker at Killakee, Rathfarnham.

However, the jury was satisfied that he lured her up the mountain that evening to stab her in pursuit of sexual gratification before disposing of her belongings to make it look like suicide.

A dog uncovered the victim’s skeletal remains in the mountains at Killakee on Dwyer’s 41st birthday, Friday 13th September, 2013. It was three days after her keys had been found in the almost-dry Vartry Reservoir in Wicklow.

During the nine-week trial, the jury of five women and seven men heard from almost 200 witnesses and saw more than 300 exhibits.

These included a number of videos of Dwyer stabbing Ms O’Hara and two other women during separate sex acts, and stories he wrote on his computer in which he described himself raping and killing women in graphic detail.

The prosecution said this and the content of the messages reflected ‘a deep-seated, passionately-held, irrepressible desire on the part of Graham Dwyer to get sexual gratification by stabbing’. Phone evidence satisfied the jury that Dwyer arranged to meet his victim at Shanganagh to take her up the mountain to kill her in satisfaction of that desire.

The texts told the story of their relationship but also revealed her killer’s identity.

One of the messages that led detectives to suspect Dwyer was a text sent in March 2011 in which he named the baby girl, who had just been born to him and his wife. Another crucial message mentioned his flying hobby and recent pay cut.

He was arrested at his home on the morning of October 17th, 2013 and gardai searched both his house and his workplace on Baggot Street, where he was a partner in architecture firm A&D Wejchert.

Ms O’Hara had told her father that she was in a relationship with a married architect living in Foxrock, who used to tie her up. She had told a friend that she allowed an architect she met online to cut her.

On the night before she was discharged from hospital, an upset Ms O’Hara told a nurse about a man who had a key to her apartment and kept calling there. The nurse suggested she go to the gardai if he was harassing her, but Ms O’Hara said she wouldn’t as he had young children.

When word came from the jury room last Friday to say there was a verdict, within three minutes, Dwyer entered the courtroom. Large crowds had gathered by the time the judge came onto his bench a few minutes later.

He warned those gathered that, regardless of the verdict, he wanted silence in court.

The jurors took their seats just before 3.40pm and the foreman gave the issue paper to the registrar.

Dwyer closed his eyes momentarily, looked down and shook his head.

The judge thanked the jurors for their service in what he said was a difficult case with lots of detail. It was a circumstantial case, he added.

‘As to your finding, verdicts are not my business, but, if it’s any consolation, I 110% agree with your verdict,’ he said. ‘The question of suicide wasn’t there … I don’t mind expressing my view at this time.’

He said he realised that jury service was a terrible imposition. Considering this and the nature of the material they’d heard, he exempted the 12 jurors from jury service for 30 years. ‘You’ve done your duty in an exemplary manner,’ he said.

The prosecution asked for sentencing to be adjourned for preparation of a victim impact statement.

Mr Justice Hunt remanded Dwyer in custody until April 20th, when the mandatory life sentence will be imposed. Ms O’Hara’s family embraced each other outside the courtroom, but did not give any reaction to the dozens of reporters who had gathered. It’s expected they will return to court to see Dwyer sentenced.

Within minutes of the verdict coming through, Graham Dwyer issued a statement through his solicitor.

‘I wish to take this opportunity to formally thank my legal team, my solicitor Jonathan Dunphy, senior counsel Remy Farrell, barrister Ronan Kennedy and Kate McCormack for their work and dedication since 2013,’ it said. ‘I also wish to thank my family, friends and colleagues for their continued unwavering support throughout this period. To the members of the media, I am grateful for the privacy you have afforded both my family and people close to me during the trial, I now respectfully ask that you continue to respect their privacy and I confirm that there will be no further comment by my family or myself concerning this case whatsoever,’ it concluded.

Dwyer’s father Sean, and his sister Mandy Wroblewski, sat feet away from him shortly before, as Graham Dwyer looked on motionless as the verdict was read out.

His sister sobbed while detectives involved in the difficult investigation also wiped tears from their eyes.

The Courts Service said it would be able to provide jurors with professional help.

‘This is not a usual occurrence, but we can facilitate such supports, with guidance from the judiciary,’ a spokesman said. ‘It would be wrong to identify or comment on which or any cases this might happen in – except to say that it is not a commonplace occurrence.’

Dwyer pleaded not guilty ahead of the trial, but did not give evidence.

The defence called three witnesses and contested that documents found on Dwyer’s computer and phones were ‘fantasy documents’.

Dwyer’s lawyer claimed that during the trial there had been a popular public and media expectation of a conviction after Dwyer was seen on video taking part in ‘aberrant, disgusting’ explicit sexual acts.

It is now believed that Dwyer began his own High Court legal action, shortly after he went on trial for Elaine’s murder.

He lodged High Court papers on January 29, seven days after his trial began, to sue gardai, the State, the DPP and the ministers for Justice and Communications.

He is alleging there was a breach of his privacy when gardai examined his phone and other records as part of the probe.

The State has already lodged papers indicating it will defend the case, which is likely to take several years to be heard. 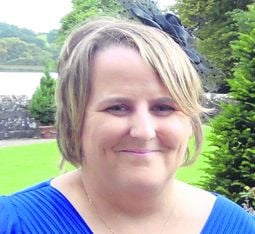 It was the same jail where he has been held since he was arrested for Elaine’s murder by gardai in October 2013.

Dwyer is one of the few prisoners without previous convictions to have been refused bail.

Gardai warned judges that they feared he had a compunction to rape and kill and requested he not be given bail before the trial.

He will be formally sentenced to life in prison on April 20th, but it is believed that he is so dangerous, he is likely to die in prison.

Prison staff will be closely monitoring the convicted murderer in case he tries to harm himself after his recent conviction.

He will be monitored every 15 minutes, having been placed on special suicide watch.

Detectives are now convinced he filmed the entire killing.

The ending of the ‘Killin’ Darci’ document – which was found by garda officers – sees Dwyer placing his memory stick from his camera with footage of the murder in a biscuit tin before burying it – which is what officers believe he did with Elaine.

There were specific searches for the video, but he could have buried it anywhere.

Technology is so advanced that it would have fitted into a tiny memory stick.

Gardai believe Dwyer was planning to murder Elaine – even before he contacted her to rekindle their relationship on March 25, 2011.

However, Dwyer – who started fantasising about stabbing women when he was a teenager – then formulated a plan to kill Elaine.