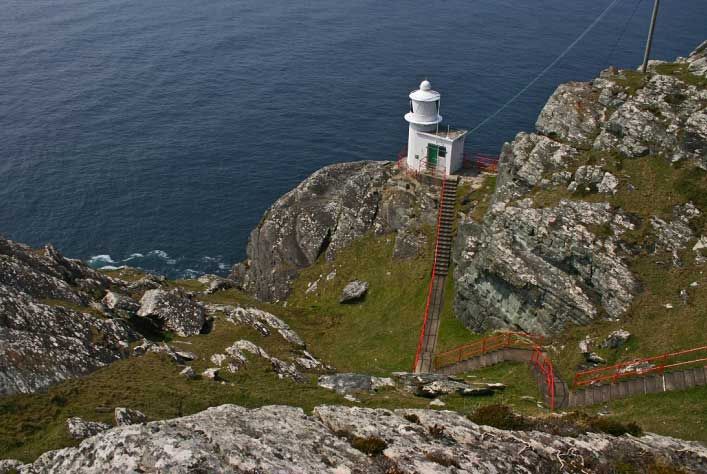 ‘The whole sheep thing worked well for a long time, but it’s time for a change and the sheep have to go. The problem is that sheep are a bit passive and prone to following the crowd. They don’t really reflect the kinds of visitors who enjoy the walking and cycle networks on our unspoilt peninsula.’

‘The dynamic, independent character of your average goat – energetic, enthusiastic, and keen to head off the beaten track - is a much better fit with what we have to offer, and with the brand values of the Wild Atlantic Way.’

Tourists’ interest in value for money also influenced the change, she noted. ‘Research shows that West Cork offers great value for money for tourists visiting Ireland,’ explains the marketing co-ordinator, ‘but people won’t come here if they think they’re going to be fleeced. It’s time to change our message to better reflect what it’s really like to take a holiday in our part of the world.’

‘We already have the Goat’s Path on the north side of the peninsula offering stunning views over Bantry Bay and the Beara peninsula,’ she added. ‘We did hesitate about separating the sheep from the goats, but it’s what we’re going to have to do to establish ourselves as the premiere destination on the Wild Atlantic Way.’

While some locals have welcomed the bold move, others are said to be deeply unhappy with the proposed change. Organisers of the upcoming Sheep’s Head Yarn Festival, due to be held this May, are among those who have expressed shock at the sudden move.

‘We thought we had the full support of our local tourism co-op as we planned for our first ever Yarn Festival in the Chinese Year of the Sheep,’ protests festival director Niamh Cooper. ‘Now it just feels like they’ve pulled the wool over our eyes.’

Proponents of the change remain unmoved, however: ‘Lots of people have complained that we shouldn’t mess with the well-loved and respected image of the Sheep’s Head Way just for the sake of it,’ admitted a spokesperson, ‘and it has served us brilliantly since the 1990s. But frankly, if you can’t see that the Goat’s Head Way is the way forward, you’re only kidding yourself.’

Final sign-off on the controversial change is expected after April 1st.

NOTE: THIS ARTICLE WAS PUBLISHED ON, EM, APRIL 1ST, FOLKS! THANKS TO THE GREAT GUYS AT SHEEP'S HEAD FOR PROVIDING US WITH THE IDEA. :)