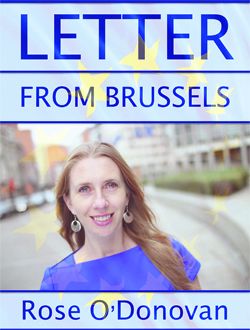 THE EU Commission tabled a legislative proposal on April 22nd to nationalise the approval of imports of genetically-modified (GM) crops for animal feed – crops that have been genetically engineered for resistance to pathogens and herbicides, etc – seeking to hold Member States to account when deciding which feed imports their farmers could access.

Under the plans unveiled by the Commission, national capitals would be allowed to ban GM food and feed imports for reasons other than health and the environment (elements that are assessed by the EU’s food safety watchdog EFSA, based in Italy). Since the announcement of the review of the GM authorisation procedure in Commission President Juncker’s political guidelines in July 2014, very few details leaked about plans ‘to give the majority view of democratically-elected governments at least the same weight as scientific advice’.

The Commission says the plans are ‘in the interest of democratic choice,’ as the current legal framework ‘does not allow the individual concerns of Member States to be taken into account’. Under current rules, once a particular GM variety is deemed safe by the food safety authority, Member States conduct a vote. But each time – without exception – they fail to reach a qualified majority in favour, which means the GM trait in question has to return to the Commission for final approval.

Since 2003, there has never been a qualified majority among Member States in favour of or against a Commission decision authorising GM food and feed, while the issues raised by countries that oppose authorisations ‘have usually nothing to do with science, but rather concern other aspects of the societal debate in their country,’ as one source put it. A number of commentators have questioned how the plan to nationalise decisions would address the democratic deficit in the GM authorisation process, with one commentator describing the move as a ‘confession of failure.’

Meanwhile, industry sources have reacted angrily to the proposed legislation change, saying it was nonsensical, as it would disrupt trade relations with key suppliers in the US, Canada, Brazil and Argentina and wreak havoc on the internal market.

The ‘mastermind’ behind the plans to nationalise the approval of biotech crop imports is the Commission president’s chief of staff – a German lawyer called Martin Selmayr. It’s funny how things work here in Brussels – each constituency elects MEPs during European elections, Commissioners are nominated from each national capital and governments lobby for the portfolio that would benefit the country best – but as has become clear since the new Commission took office in November 2014, there is one man pulling the strings at the top.

The 45-year-old holds a Doctorate in Law and is an Honorary Professor for European Economic and Financial Law at the University of Saarbrücken. Last summer, he backed the right horse and, once Juncker got the formal nomination for the top Commission post, it was plain-sailing for Selmayr into Juncker’s Cabinet.

Commentators suggest that if such a political manoeuvre goes ahead – still subject to lengthy discussions with Member States and MEPs – it would expose countries that reject or abstain during the authorisation procedure for the import of biotech crops, while appearing to encourage ‘a more democratic decision-making process’.

Since the Fine Gael-Labour coalition took office in 2011, Ireland consistently votes in favour of GMO imports as farmers remain reliant on imports of protein-rich ingredients such as soybeans and maize to feed their livestock. But countries such as Poland, Hungary and France – which also import GM crops as feed – consistently position themselves in the anti-GMO camp.

One commentator described the plans as a ‘masterstroke ... to call these countries’ bluff’ that could potentially set them on a collision course with their farmers. It’s going to be a busy few months ahead, as the controversial GMOs are back on the menu in Brussels.

•Rose O’Donovan is editor of the Brussels-based AGRA FACTS and a regular contributor to the video platform www.vieuws.eu