A section of the crowd on Saturday. (Photo: Denis Boyle)

DESPITE the cancellation of the 100th anniversary ceremony, a large group of people turned up to commemorate the Kilmichael Ambush with pageantry and pipers last weekend.

Chief Supt Con Cadogan confirmed that the gardaí attended at the site of the ambush throughout the weekend and had occasion, on Sunday, to disperse a crowd – the majority of whom were not wearing face masks and showed little evidence of social distancing.

Chief Supt Cadogan said the gardaí were there to engage with people, explain the need for social distancing, to encourage them to leave, and, failing that, to enforce the Covid-19 regulations.

‘Even though the main event was cancelled,’ he said, ‘it would be naive of us, on such an historical occasion, to think that people wouldn’t turn up.

‘There were no cross words on Sunday,’ is how the Chief Supt described the situation when the gardaí – which included an inspector and two garda sergeants – approached the crowd and asked them to disperse.

Throughout Saturday and Sunday, a lot of local people visited the site of the ambush, as well as local graveyards to honour ambush participants.

Supt Moore confirmed there was a Covid-19 checkpoint in Macroom, but said, ‘There was no report of anyone being turned back for being outside the 5km area.’

Representatives of the various political parties also visited the site and heather tributes were left in various locations throughout Kilmichael’s Wild Heather Glen.

‘We didn’t encounter any difficulties over the weekend,’ the Chief Supt confirmed, ‘when people were asked to move on they did. There was no need for enforcement because people complied.’

He said there was a constant flow with different groupings visiting at different times. ‘People held back while others did their piece. They said a few prayers and then moved on again, and we also kept traffic flowing because it isn’t the greatest of roads.’ 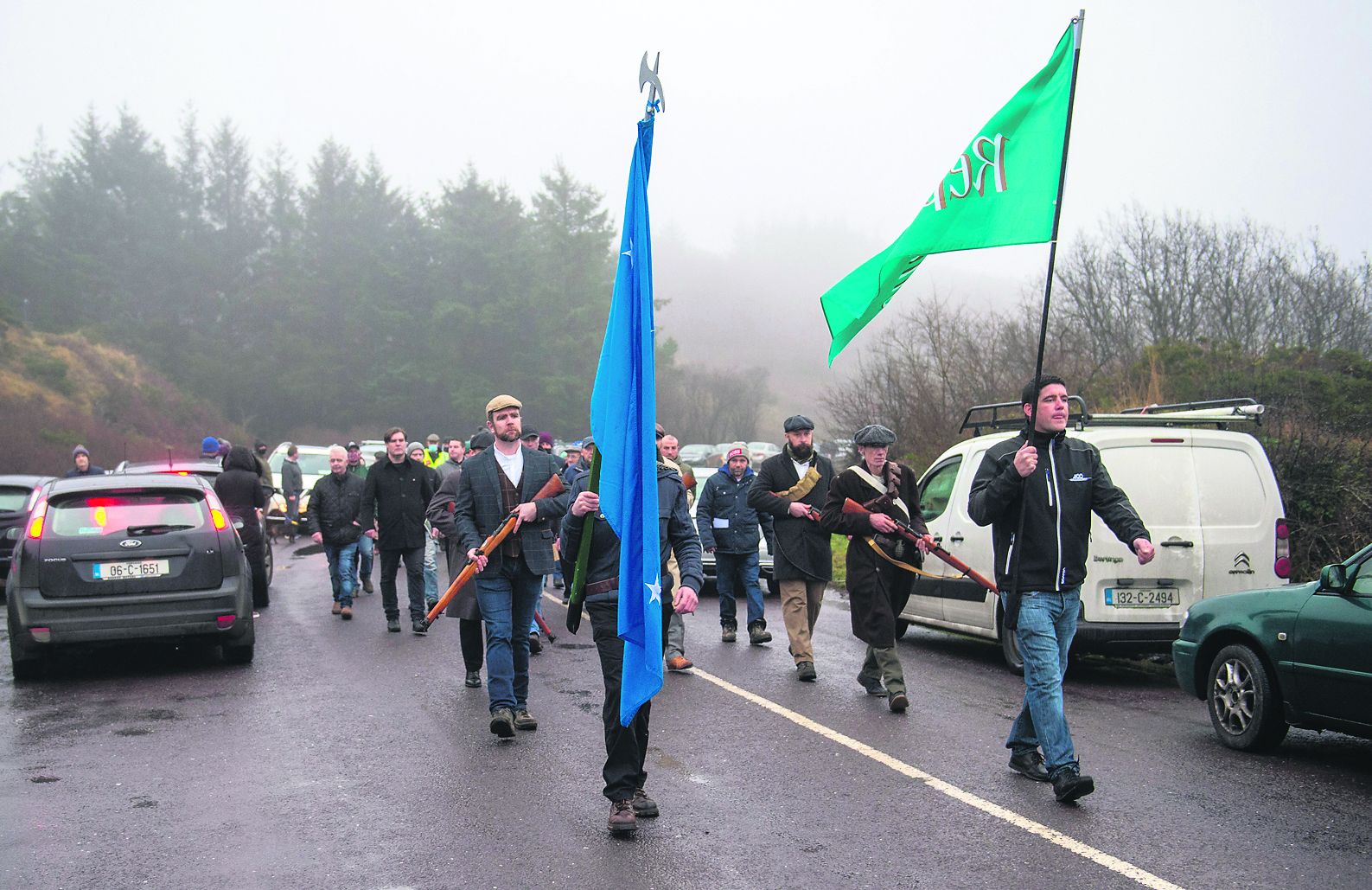 Meanwhile, a major political row erupted after the event, following a tweet from Sinn Fein Laois Offaly TD Brian Stanley early on Saturday morning. Which referenced Kilmichael. The TD, who has over 3,800 followers, tweeted that the 1920 ambush, along with a 1979 atrocity had taught the British army ‘the cost of occupying Ireland’, adding: ‘Pity for everyone they were such slow learners.’

His party leader, Mary Lou McDonald issued a statement shortly after Stanley’s tweet, in which she said that Kilmichael was ‘a pivotal moment in Ireland’s fight for independence’.

The Sinn Fein president said that until Kilmichael there was a ‘sense of invincibility around the forces of the Crown in Ireland’, adding: ‘As Tom Barry himself said, the success of the ambush was down to the support the IRA received from the women of Cumann na mBan and particularly from “the poor people of West Cork”.

She said that now, 100 years later, ‘we remember the sacrifices of those volunteers, but we live by their principles and we recommit ourselves to building the Ireland they fought to achieve.’