ONE of the country’s biggest and most flamboyant wedding and event planners is the new owner of Rosscarbery convent.

In what has been one of West Cork’s worst kept secrets, it has finally been confirmed that Peter Kelly, aka Franc, has bought the period building for a sum believed to be between €450,000 and €500,000. Offers in the region of €400,000 had been anticipated by John Hodnett of Hodnett Forde when it went on the market in 2018.

Over his 20-year career, Peter has organised lavish weddings and events, both at home and abroad, while in recent years he has become a TV personality, presenting popular RTÉ shows such as Yes to the Dress, Brides of Franc and Franc’s DIY Brides.

He has not yet publicly revealed what his exact plans are for Rosscarbery convent, but it’s certainly fair to speculate they will be wedding-related, particularly as the building includes a deconsecrated chapel.

The fact that the building is listed for preservation will impose some restrictions on future plans. However as one of West Cork’s finest period buildings, the former Sisters of Mercy convent would make an ideal destination wedding venue. It adjoins Mount St Michael secondary school on the eastern end, but there’s a clearly defined boundary so the school is not impacted by the sale. 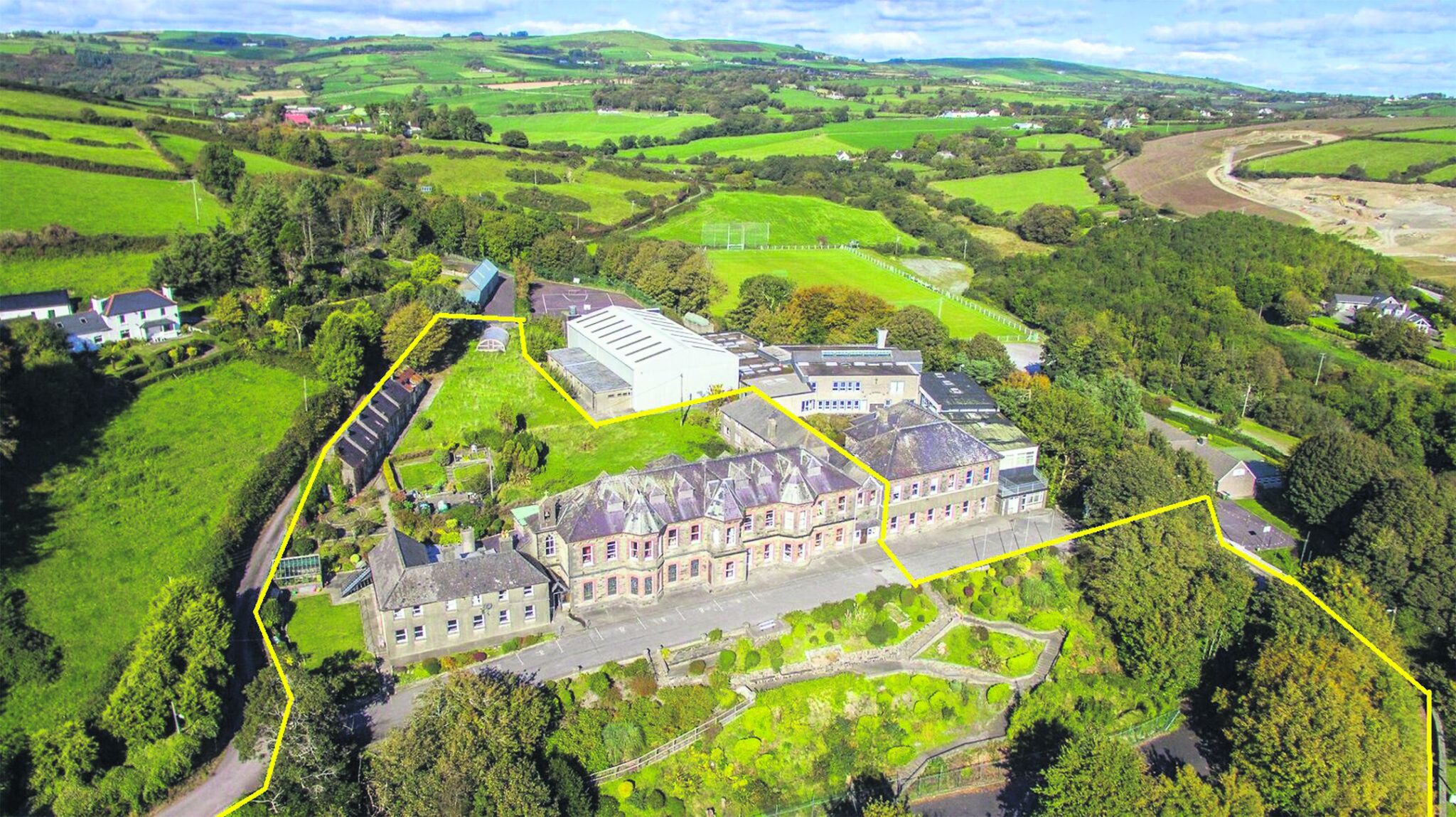 Included in the sale of the convent are three acres of land, a tennis court, gardens and a terrace of five cottages to the rear which would be ideal as wedding guest accommodation. The building commands wonderful views over Rosscarbery’s lagoon, which itself looks out to the Atlantic.

Overlooking the lagoon and out to sea, the property enjoys spectacular views. Included in the sale are three acres of land, a tennis court, sprawling gardens and a terrace of five cottages to the rear which would be ideal as wedding party or guest accommodation. The building boasts plenty of photo opportunities, inside and out, including an imposing staircase, moody corridors and stained glass windows.

Then again, the property could be completely reimagined by Peter, perhaps along the lines of the city’s revamped Montenotte Hotel which he was recently involved in re-designing.

West Cork already enjoys a strong reputation, nationally and internationally, as a wedding destination and holding nuptials in a building owned by ‘Franc’, who takes his name from the flamboyant character in the movie Father of the Bride, would carry plenty of kudos.

The dad-of-four is married to Eadaoin, who he met when when training to be a chef in CIT. He lives in Fermoy, but has strong ties to West Cork having grown up here, attending school in Clonakilty and getting married in Courtmacsherry, where up until relatively recently, he kept a house.

Despite organising high-profile events such as parts of the Queen’s visit to Cork in 2011, he’s known for his strong work ethic and discretion.

When the five remaining Sisters of Mercy left Rosscarbery Convent in 2015, they said the question they were most frequently asked was  ‘What will happen to the chapel?’

They’d surely be delighted to think it could potentially be a place of celebration once again.