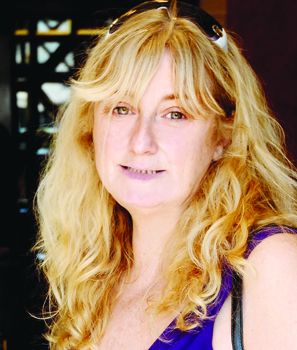 THIS weekend marks the 29th anniversary of the Chernobyl disaster. Fountainstown native Fiona Corcoran of the Greater Chernobyl Cause, describes the ongoing devastation in the contaminated and impoverished areas around the site of the explosion:

I was 20 years old when the Chernobyl explosion occurred. It wasn’t until several days later that the world realized the gravity of the explosion and I vividly remember the RTE news which covered the aftermath, and being afraid for the people of USSR.

But it was a newspaper article in January 1995 which propelled me into action. The article was about four children being airlifted from Belarus to Ireland and its inspired me to become involved in a visiting programme at the Mercy Hospital.

I was inspired by the work of Sr Fidelma who cared for the children in the hospital as well as Anne Norman, who introduced me to the world of Chernobyl. Sadly a few weeks later, one of the children named Evgenia Nesterenko passed away, and she has become the catalyst for ñy work in the former USSR countries.

During a visit in 2011 I met Boris Alishaev a local fireman was one of the first on the scene after the explosion in the early hours of April 26, 1986, and with his colleagues struggled to try to contain the disaster. Most of them are now dead. He feels fortunate to have survived, but abandoned by a state his team fought hard to protect.

He had hoped that himself and surviving colleagues would get some benefits from the Government. Boris went on to say that are not interested. In Ukraine, you have to pay for medical treatment and it is very expensive and their salaries are much too small.

At the site of the disaster, Reactor N4 now lies eerily silent but 4 will remain radioactive for 1000 years.

Estimates of deaths directly attributable to the disaster vary from 4,000 to well over 100,000 and doctors have expressed their concern about an increase in cancers and blood diseases among a new generation of children living on the edge of the strictly-imposed exclusion zoned.

Take the city of Malin’s hospital paediatric unit, where children are from disadvantaged or dysfunctional families.

Since the fall of the Soviet Union, a now independent Ukraine is plagued with problems of family breakdown, poverty and violence. Katerina, age 14, has a curvature of the spine and will be going to Kiev for an operation. It’s a vivid reminder of another 14 years old I found in a desperate struggle for survival in 2005, Masha, although her spinal injuries were cause in very differing circumstances.

She was one of hundreds of children sent out on to the streets to provide sexual favours to earn money to satisfy their parents’ alcohol addictions.

Katerina and Masha are just two of hundreds of children that ee have helped to save.

Maria Mikhailovna, who’s 76 and her husband Victor, decided long ago to defy the advice to stay away from the exclusion zone. They want to spend their final years in their home village of Kopovate. They returned there after the initial evacuation and struggle on hand-to-mouth.

They are one example of several hundred, mainly elderly people, who prefer to live illegally within the exclusion zone. They’re tolerated by the government who pay a meager pension – the equivalent of 70€ a month – and provide food via a mobile shop that visits once a week. Maria told me : “Nobody helps me. I collect a small pension and I go to the mobile shop and buy food there. As for water, I take it from the well. I also grow vegetables in the garden like carrots, beetroot and cabbage, but not much as I’m too old to run the household.”

Told they would be returning in a few days, they left all their possessions behind. In one school classroom, I found the pencils and jotters pupils had been using on the day before the explosion. Soviet-era signs still hang from buildings near a rusting fun park and children’s dolls and toys sit forlornly on window sills gazing out across the deserted streets.

I was surprised at just how beautiful and pristine the countryside looked with wild horses roaming on the plains, but then I had to remind myself that everywhere around there was invisible enemy – radiation – which is the creator of death, serious illnesses and deformities.

The Greater Chernobyl Cause’s main emphasis is on providing help and life saving medical equipment or the long-term victims of the disaster and the growing number of children who are being diagnosed with cancer, leukaemia and acute respiratory infections.

I am appealing once again to the Irish tradition of spontaneous giving, even in these hard economic times here at home. Our work with the forgotten people must continue.

Donations can be made by sending a cheque to the Greater Chernobyl Cause Unit 2, Southside Industrial Estate, Pouladuff Road, Togher, Cork. See www.greaterchernobylcause.ie, call 021-432376 or e-mail [email protected] for more information.

SCHEDULE OF EVENTS AT BISHOP LUCEY PARK IN CORK:

11.30am Greater Chernobyl Cause Introduction

11.50am Address by H.E. Sergii Reva, Ukrainian Ambassador to Ireland