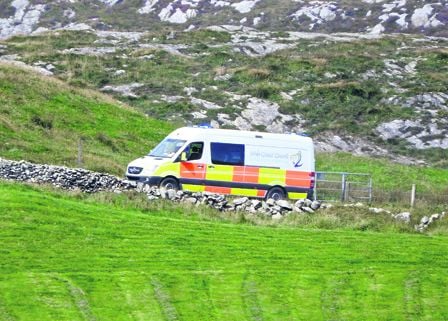 THE public have been asked to notify the Valentia Coast Guard if they are planning to set off flares along the West Cork coast, after both the Union Hall lifeboat and Goleen Coast Guard crews were engaged in pointless search operations last week.

Union Hall’s lifeboat operations manager, John Kelleher, confirmed that the Union Hall RNLI was involved in a late night search on Thursday and into the early hours of Friday morning, after a member of the public spotted a flare in the area west of Galley Head and raised the alarm.

The search – which was conducted at a time when conditions were described as ‘calm’ and visibility ‘good’ – continued for over three hours in the Glandore Bay area and was stood down at 12.50am when nothing was found.

Mr Kelleher told The Southern Star: ‘The call from the member of the public was genuine. The person had spotted a flare and feared someone was in trouble.’

He asked people to ‘please continue to raise the alarm’ if they see something they think is a call for help.

However, he appealed to people to contact the Valentia Coast Guard in advance if they are planning to set off flares or similar items in a non-emergency.

The Coast Guard crew in Goleen made a similar appeal after a flare was used to mark the start of a pigeon race, and ended up sparking a search operation.

Dermot Sheehan, the deputy officer in charge of the Goleen Coast Guard Unit, confirmed that Valentia Coast Guard tasked the unit at 11am on the morning of Saturday, August 15th after a flare was spotted in the sky above Dunlough Bay.

The crew spent an hour-and-a-half searching the coastline from Barleycove to Dunlough, before it emerged that a flare had been used to mark the launch of hundreds of pigeons from a truck parked near Barleycove Beach.

Mr Sheehan said the person took the correct course of action in raising the alarm, but he called on people who are planning to use fireworks, flares or even Chinese lanterns, to contact the marine rescue centre in Valentia in advance and eliminate the need for pointless search operations.