The home of Eileen O'Neill in Dunmanway which was boarded up earlier today. (Photo: John Delea)

An elderly Dunmanway woman says a finance company attempted to evict her from her home today because of a dispute involving her son's house. 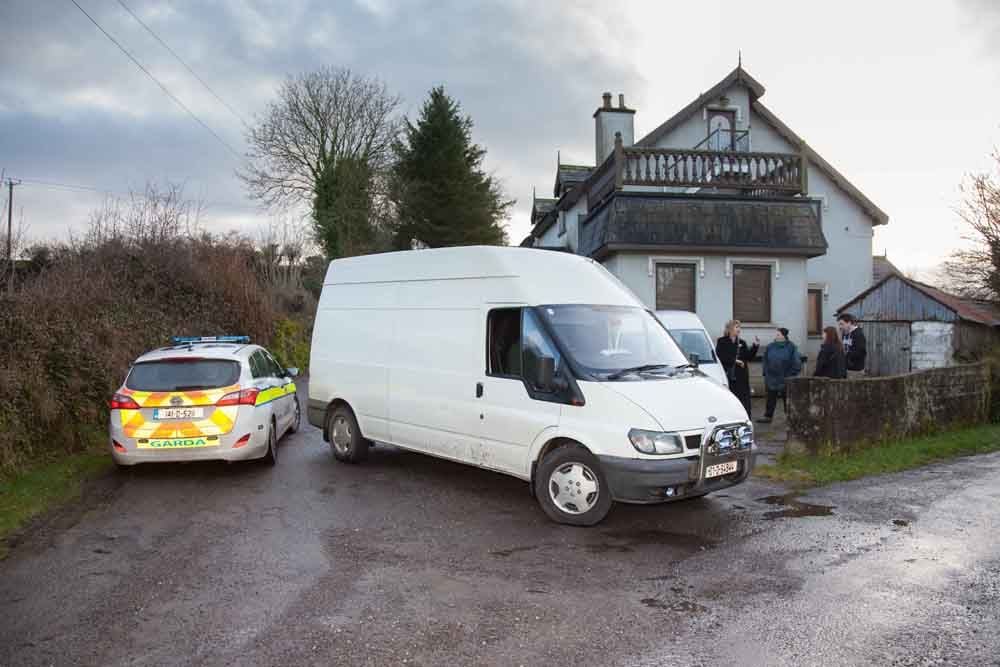 The home of Eileen O'Neill in Dunmanway which was boarded up earlier today. (Photo: John Delea)

AN elderly Dunmanway woman claims a finance company attempted to evict her from her home today because of a dispute involving her son’s house.

Eileen O’Neill (66) was surprised when representatives called to her home this afternoon and boarded up her property while she was out.

When she returned to the house, at Clountiquirk outside Dunmanway, she was confronted by men putting shutters on windows and boarding up the doors.

Mrs O’Neill’s son Michael has been in dispute with Pepper Finance since his GE Woodchester home improvement loan was taken over by the Australian company in 2012.

Michael borrowed €150,000 from GE Woodchester in 2008 to extend and refurbish the house for an ill and elderly uncle. The home has been in his family for four generations. At the time he ran a successful joinery workshop, employing a number of staff. However, he lost the business after a fire gutted his uninsured premises and was unable to make full repayments. He admitted, however, that he had continued to make ‘part payments’ on the loan, as that was all he was able to afford after his business closed.

His uncle died in 2012 and that year Mr O’Neill’s GE loan was sold to Pepper Finance.

Michael was jailed in Mountjoy for several weeks last year, but believes his mother is entitled to reside in the house, despite signing away her right to residence some time ago.

Campaigners from Anti Eviction Ireland claim Mrs O’Neill was not made aware of the consequences of signing the documents, and would not have agreed had she realised it could lead to forced eviction.

Her case is due to be heard in the High Court next Thursday, February 26th, and Michael says the finance company is not entitled to evict her until the court rules on the issue.

He says that after the men left the house today, the shutters and boards were removed and his mother returned to the house. ‘They are making up their own rules,’ he said. “My name is still on the deeds of the house, and they are not entitled to interfere with it.’

He alleged the men had damaged the property in their bid to board it up and that the finance company was engaged in ‘bullyboy tactics’. But he said both his and his mother would be in the High Court next week to put their case to the court.

Gardai were at the scene this afternoon and took details of those involved.