HAVING successfully convinced Russian military ships to move their training exercises away from the Irish coastline, West Cork fishermen are now turning their attention to manoeuvres in space!

Virgin Orbit, which is part-owned by billionaire Richard Branson, is set to launch an orbital satellite into space from Cornwall in southwest England this evening, and West Cork fishermen have been advised of the potential for debris from the rocket to fall into Irish waters.

They are among those who have been advised to stay away from a large area of water off the southwest coast from 10pm-1am tonight, as Virgin has warned that 'non-compliance with warnings could result in extremely dangerous conditions resulting from potential rocket debris.'

Patrick Murphy, head of the Irish South and West Fish Producer’s Organisation (IS&WFPO) has told Virgin that he cannot force any mariner to divert their route. 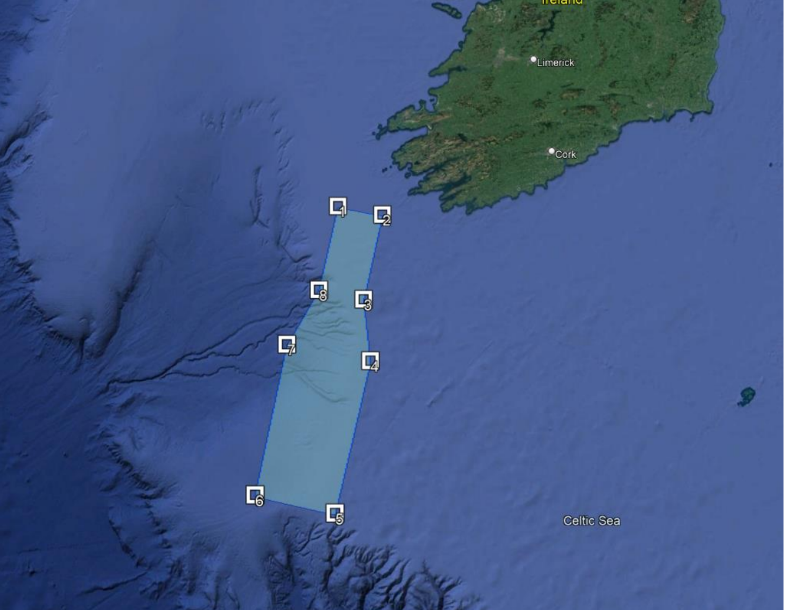 The huge 'hazardous area' off the coast of West Cork.

'On any given day there are hundreds of fishing vessels operating in the sea area identified,' he said in an email to Virgin.

'We are not in a position to instruct any fishing boat of any flag to desist from fishing and move outside the vast area you have identified.'

Instead, he suggested that they change the flight route to outside Ireland's Exclusive Economic Zone to avoid the danger completely.

He is also seeking compensation for any losses they will incur from loss of earnings and fuel the fishers will use to move outside of the mapped area.

Patrick Murphy told The Southern Star that Virgin Orbit said they would monitor the situation in connection with the Irish Coast Guard, but had not responded to his suggestion about redirecting the chosen route or the query regarding compensation for fishers.

Last year's campaign, almost exactly a year ago, saw the Irish fishermen making headlines across the world including interviews on Sky and CNN as they successfully convinced the Russian military to move their exercises away from Irish fishing grounds.

Given the fishermen's successful campaign to get the Russian manoeuvres redirected – which garnered huge international attention – nobody is underestimating their ability to get a space rocket to change its course, either!