Brendan Byrne (left), of the Irish Fish Processors and Exporters Association, and Patrick Murphy, of the Irish South & West Fish Producers Organisation, right, with the ambassador Yuriy Filatov, at the Russan Embassy.

THE Russian Tsar may not have been listening too closely to the Skibbereen Eagle’s Frederick Peel Eldon Potter when the West Cork editor told him he had his ‘eye … fiercely fixed’ on him in 1898, but it seems the Russians were indeed listening to West Cork men last week.

Because on Saturday afternoon, word filtered through to the headquarters of the Irish South & West Fish Producers (IS&WFPO) on the pier in Castletownbere, that their request to have Russian military exercises moved away from their fishing grounds, had been granted. 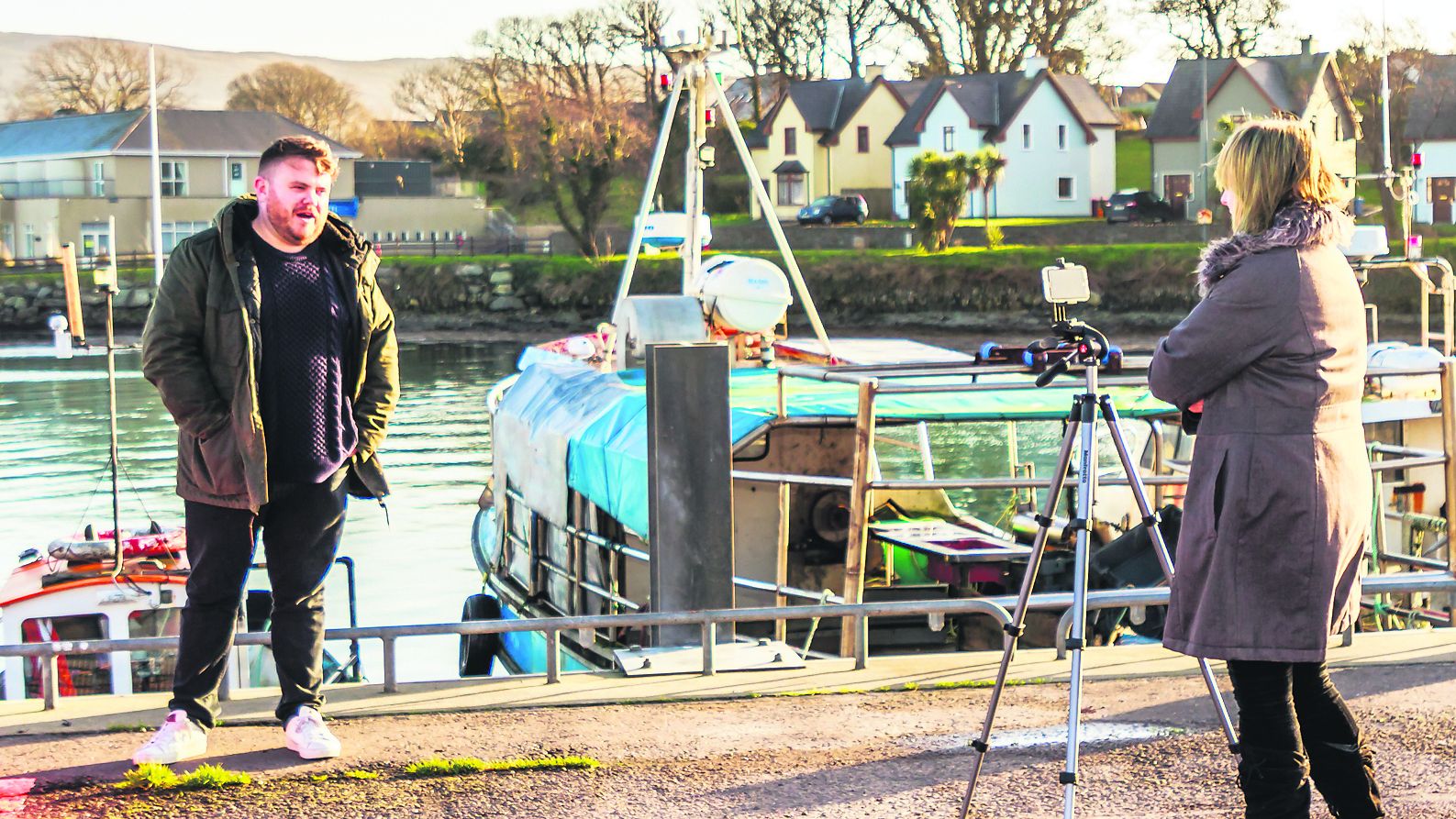 And, thanks to the timely arrival of global news giant CNN on the very same pier just hours before – in the guise of Kerryman Donie O’Sullivan – the whole world appeared to rejoice in the news of the victory within minutes. For Patrick Murphy, the vocal chief executive of the IS&WFPO, it was the culmination of a whirlwind week of TV, radio and internet interviews and, of course, the high-profile meeting with Russian ambassador to Ireland, Yuriy Filatov.

Speaking on radio just after the meeting at the embassy in Dublin, Brendan Byrne of the Irish Fish Processors and Exporters Association, and Mr Murphy, told RTÉ’s Liveline that they were very satisfied with the Russian response.

They were quickly taken to task by many callers, one claiming the seemingly naïve Irishmen had been ‘hoodwinked’ by the savvy Russians.

Others saying that at best they would be ignored. 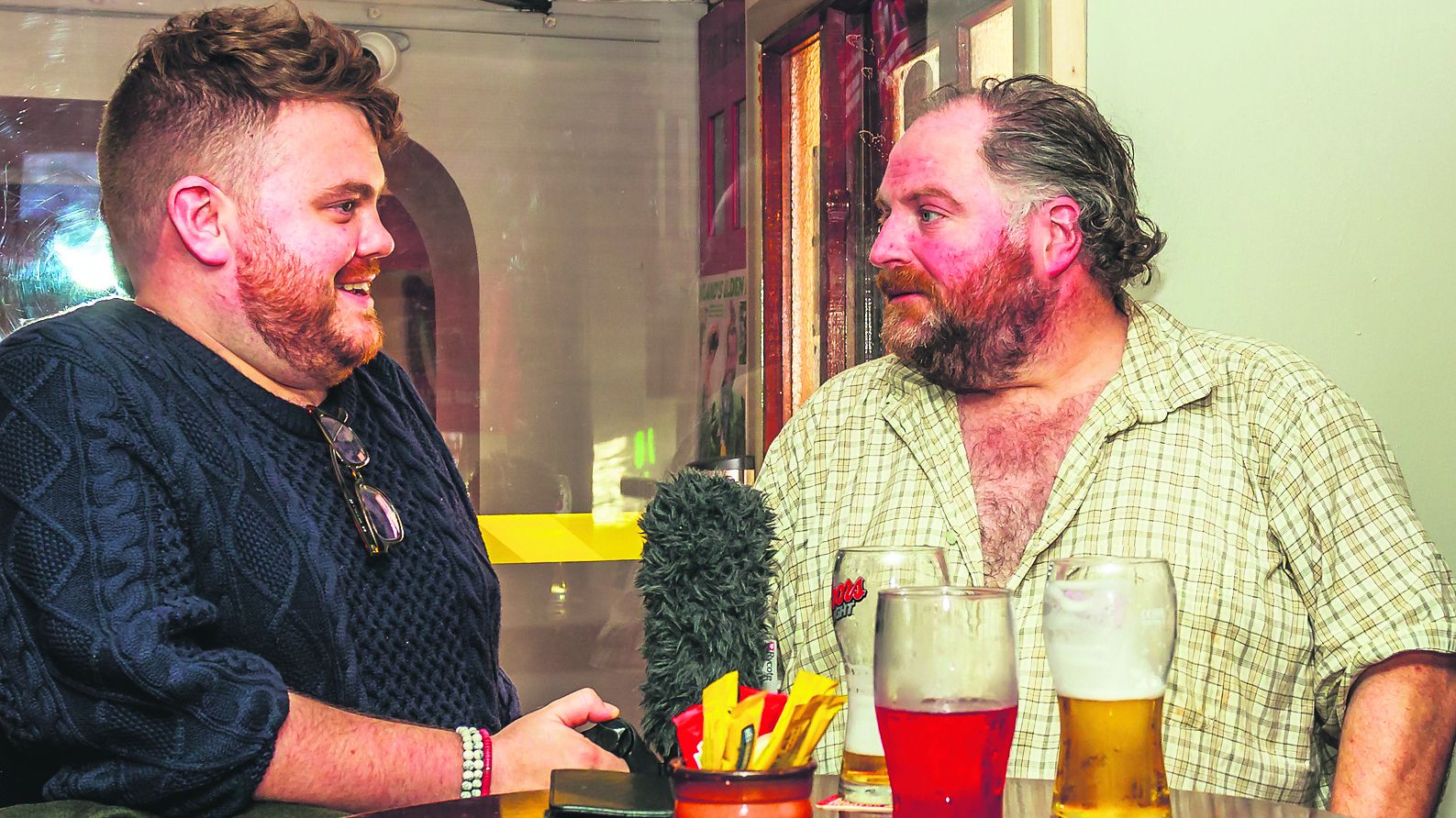 But it was left to Foreign Affairs Minister Simon Coveney to break the news that the Russians had agreed to move their exercises away from the Porcupine Bank, which would give the Irish fishing fleet free reign to fish there unhindered this week.

Then the Russian embassy confirmed the development with a tweet.

‘It’s a win for diplomacy, it’s a win for conversation, and for everybody involved,’ a delighted and exhausted Patrick Murphy told The Southern Star, who were with him when the news came through. ‘It’s a win for the environment too,’ he said, referring to the damage that could have been caused to the inhabitants of the mammal-rich Porcupine area off the south west coast. 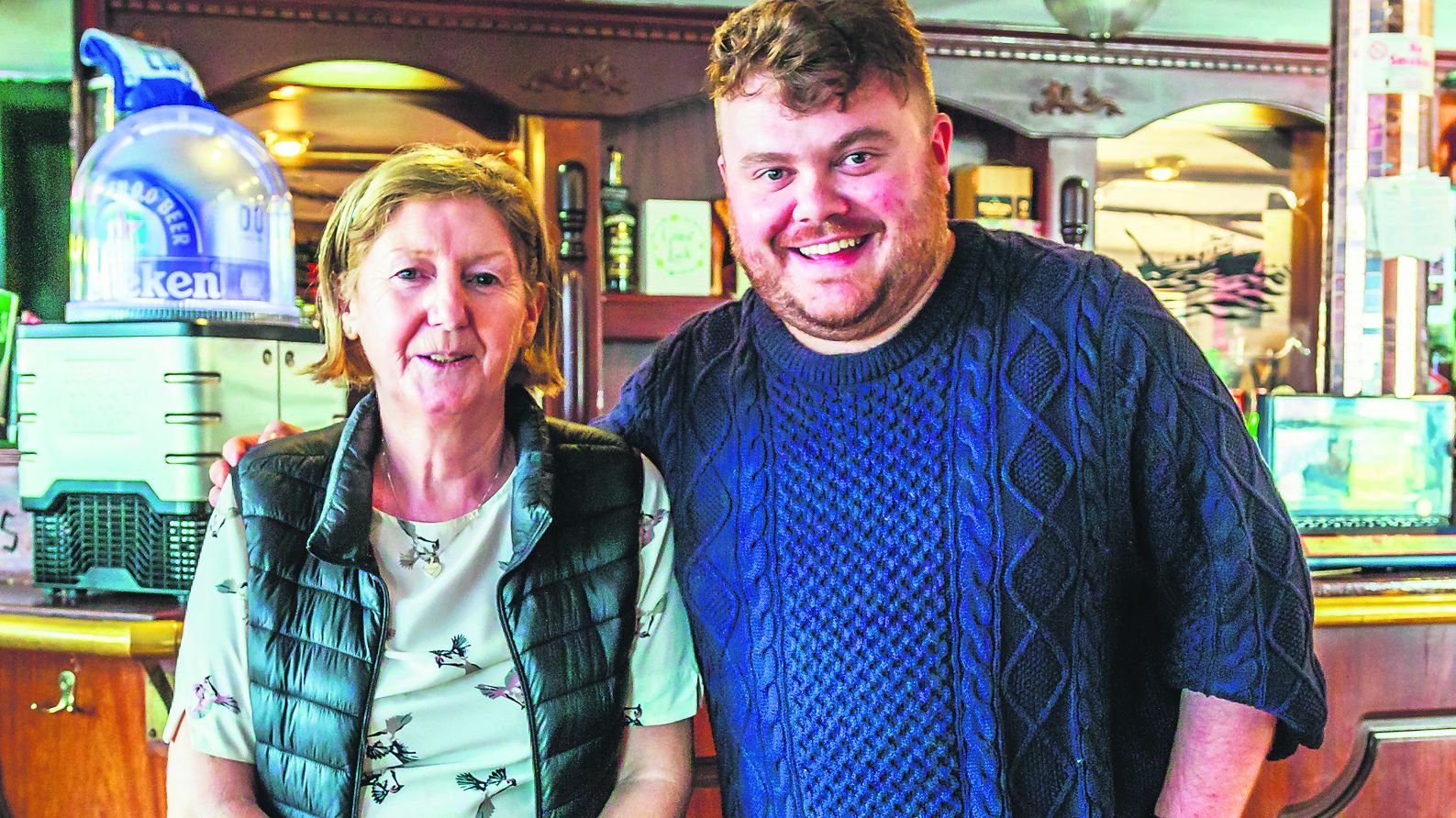 Where the Russians have moved their exercises to, is a much deeper seabed, home to a lot less fish and mammals, former whale watching guide TD Christopher O’Sullivan (FF) told The Southern Star on Sunday.

But, having just arrived from the US to cover what many thought would be a long drawn out battle between a tiny nation’s fishing fleet and the might of the Russian Federation, the reporter simply known as ‘Donie’ continued to interview the Beara folk about the story that had caught the imagination of the world. 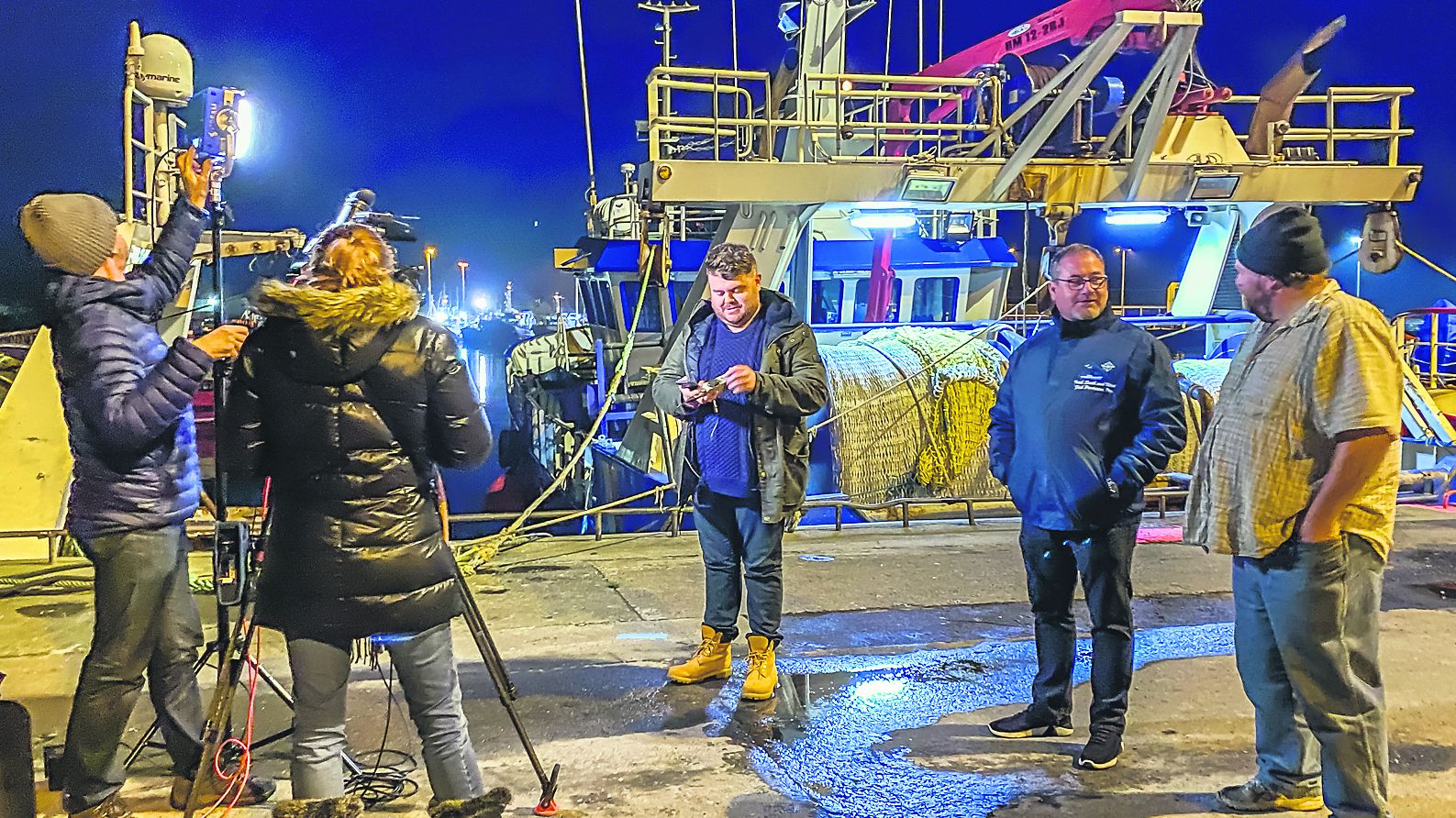 His jovial accounts of the modern-day David v Goliath battle and his over-and-back commentary with the CNN news anchors made for great viewing all through the weekend.

Celebrities jumped on the bandwagon of praising the Irish, as the hashtag #irishfishermen began trending.

Aherla farmer Peter Hynes’ tweet which said, tongue-in-cheek, that Nato were deploying West Cork fishermen to the Ukraine’ made it onto CNN, and Sopranos actor and Bruce Springsteen band member Steve van Zandt commented: ‘Gotta love the Irish fishermen that made the Russians move their navy war games! We could use some of those balls.’

Actress Mia Farrow wondered if she might be related to Donie, as her mother was an O’Sullivan, and political commentator Lawrence O’Donnell tweeted to his 2.8m followers that Putin had ‘surrendered’ to ‘Irish fishermen’.

There’s no doubt that Castletownbere got a much-needed boost from the arrival of the American network, too.

The buzz of excitement was palpable in a town where the presence of a news crew is often a harbinger of a much sadder tale.

But for Patrick Murphy and his colleagues, it was business as usual this week, as the hard-working fishermen and women cast aside the media frenzy and headed off into the Atlantic on Tuesday as the new season began in earnest.

Attention must now turn to the bigger picture, Mr Murphy told The Star, referring to controversial plans for the decommissioning of fishing boats. ‘Nothing has changed for the Irish fishing fleet,’ he said. ‘We have still lost 25% of our fish, we are still decimated, and the same minister will probably come back with an announcement in the next two weeks about how is he going to slash and burn one third of our fleet.’ 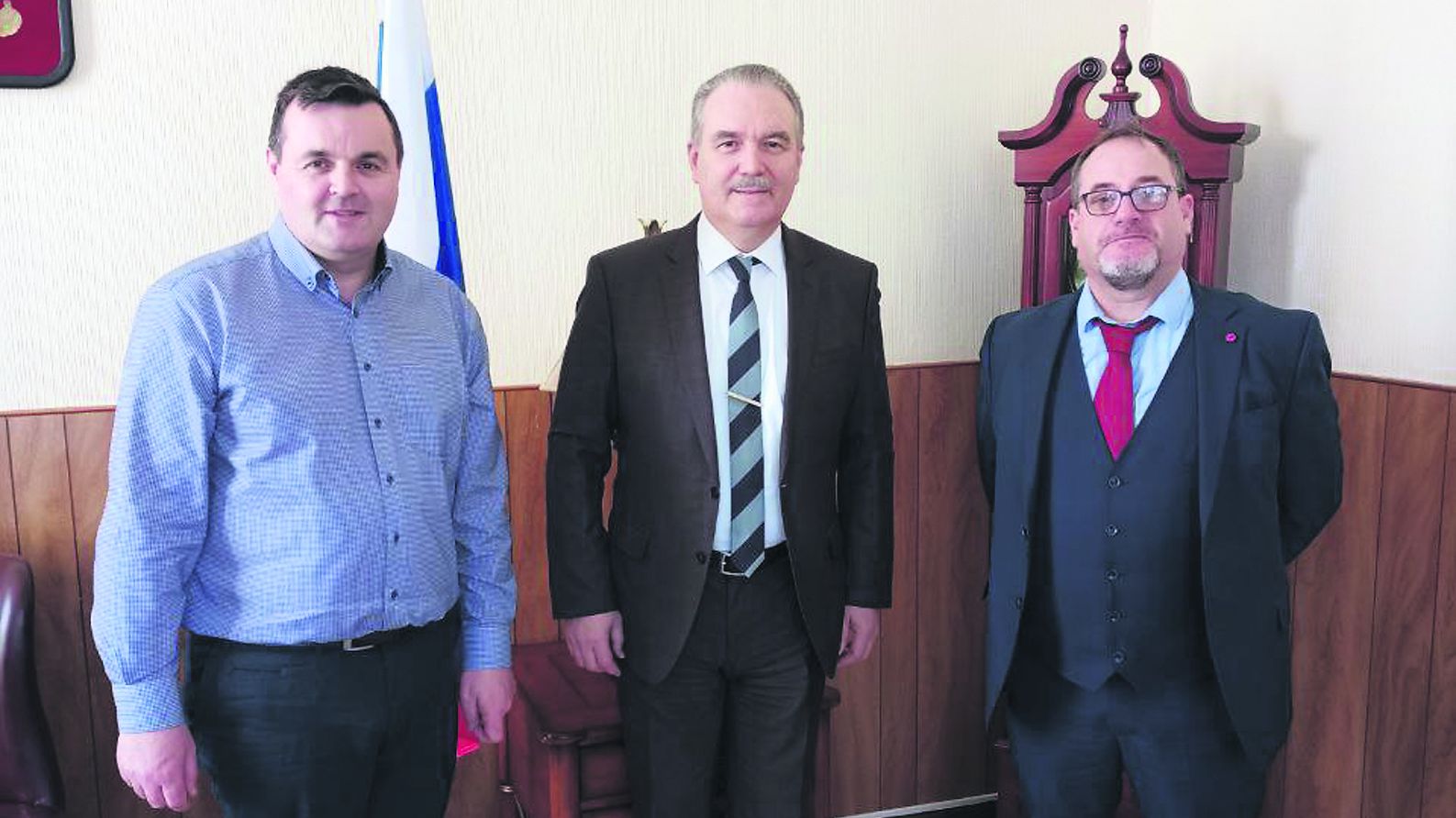 Brendan Byrne (left), of the Irish Fish Processors and
Exporters Association, and Patrick Murphy, of the Irish South & West Fish Producers Organisation, right, with the
ambassador Yuriy Filatov, at the Russan Embassy.