MAKING THEIR MARK: The annual festival in Coachford will pay tribute to the Mark II Ford Escort, which is 40 this year 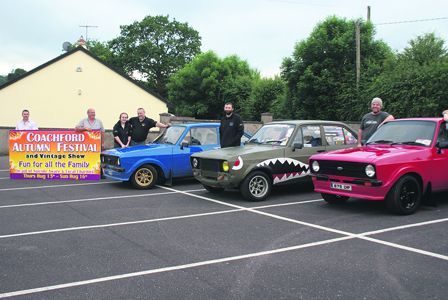 MAKING THEIR MARK: The annual festival in Coachford will pay tribute to the Mark II Ford Escort, which is 40 this year

BROOMHILL Vintage Club will be celebrating the iconic Mark II Escort at its annual vintage show.

The car’s 40th anniversary will be celebrated on Sunday August 16th at the Coachford Autumn Festival’s Vintage and Classic Car show.

First unveiled in 1975, the Mark ll Ford Escort became one of the greatest cars produced for a mass market.

But it was the Sport, RS Mexico, and RS2000 that turned the Mark ll into a legendary rally car that grew in stature in the hands of ace Irish rally driver, Billy Coleman from Millstreet and world champion, Ari Vatanen from Finland.

Club PRO Kieran Doherty said the club was really looking forward to welcoming all the owners and their unique Ford Escorts to the show. ‘We are thrilled to be in the position of marking the Ford Escort’s birthday. We have a prize for the best car at the show and we have a memento for every car that attends,’ he pointed out.

‘We are expecting a large number of other classic cars and tractors at this year’s show and we are delighted that the show is growing in stature every year,’ he said.