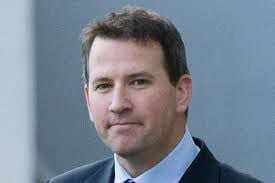 Graham Dwyer's appeal against his conviction has been lodged.

BANDON man Graham Dwyer’s appeal against his conviction for murder has been lodged.

The 42-year-old architect, with an address at Foxrock in Dublin, may have his appeal heard before year’s end, as there is currently an approximate six-month waiting time for such cases.

Dwyer was convicted in March of the murder of care worker Elaine O’Hara, whose partial remains were found in a forest in the Dublin mountains.

Dwyer had stabbed her to death for his own sexual gratification, the jury found and he was sentenced to life imprisonment.

The lengthy case heard from several witnesses, including a woman who gave evidence by video link from the US, and others who had met Ms O’Hara through various fetish websites.

Phone and text records proved to be an integral element of the evidence, and there was also extensive video evidence produced.