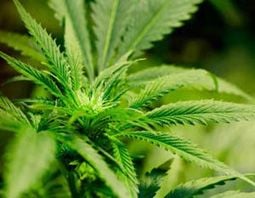 GARDAI in Macroom, with the assistance of the Divisional Drugs Unit from Bandon, seized cannabis with an estimated street value of €500,000 after a planned search of a premises at Annahala West, near Terelton, in Macroom earlier this week.

A large quantity of cannabis resin and cannabis grass was seized at the premises, and a Polish man in his mid-30s was arrested, and is being detained under Section 2 of the Criminal Justice (Drug Trafficking) Act 1996. This latest find is one of a number of planned searches in the Macroom area over the past number of weeks. Garda said that 86 mature cannabis plants, with an estimated street value of €70,000, were seized at a grow house at Caum in Macroom in March. Three men were arrested at the scene.

Earlier this month, two males were arrested at Carriganimma, Macroom, after a substantial quantity of suspected cocaine was located following a planned search of a premises there.Another grow house was located at Kilmeady, Millstreet, in early April and 72 mature cannabis plants and 100 stems with a street value of €100,000 were seized.

Enquiries are on-going and an arrest is eminent, gardai said.