Chris Walley and Alex Murphy were besotted by twin sisters Penny and Nola, who share the role of Baby Star.

TWIN baby sisters from Drimoleague have a starring role to play in the third series of The Young Offenders which returns to TV screens this Friday.

Penny and Nola Richardson play the role of Baby Star, daughter of Jock, and are set to steal viewers’ hearts with their cuteness. The girls’ mum, Randa, explains how she was tagged online in a post looking for eight-month-old twin girls for the award-winning show, set in Cork. ‘That’s how old the girls were at the time, and I just thought what were the chances and applied!’ she said.

‘I got a call then one day from a random number last July, asking if we were interested. Initially I thought it was a hoax, but we said we’d give it a try.’

She said the experience, which involved plenty of juggling of feeds, nappies and naps, was one they’ll never forget.

Randa her husband Gareth and the girls spent around six weeks on set with Chris Walley (Jock) and Alex Murphy (Conor) and the crew. ‘The lads were absolutely brilliant with the girls, even though they’re not dads,’ said Randa. 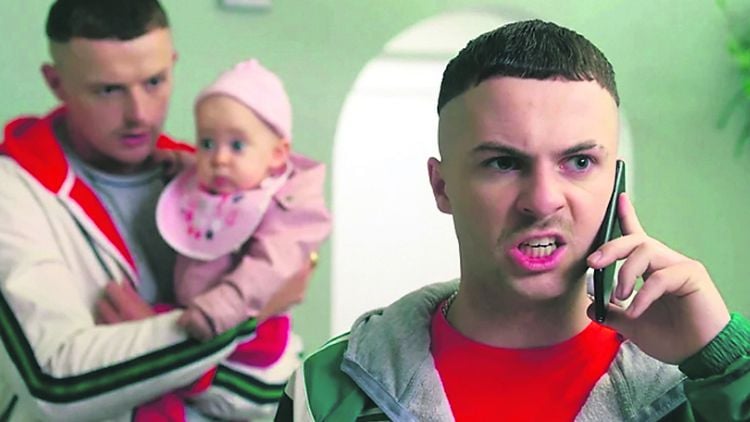 ‘It was a little intense at the start with up to 30 people on set, all eyes on the babies, in a small space, but Chris would often just take a little walk with one of them, and sing to her to help her settle. Alex used to play them Beatle songs on his phone as well,’ she said.

The new series of The Young Offenders starts this Friday, July 24th at 9.35pm on RTÉ One. See next week’s Star for full interview with Randa.