AS mission statements go, the Loop Head Tourism group has it cracked: 'To promote responsible and sustainable tourism development while safeguarding the unique culture, heritage and biodiversity of the peninsula through co-operation with all stakeholders in the wider community.' 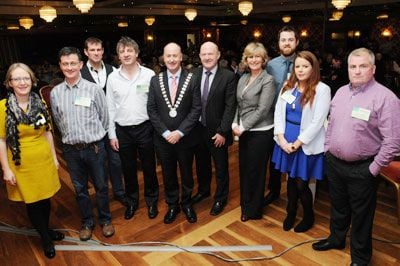 AS mission statements go, the Loop Head Tourism group has it cracked: ‘To promote responsible and sustainable tourism development while safeguarding the unique culture, heritage and biodiversity of the peninsula through co-operation with all stakeholders in the wider community.’

As guest speaker at the Tourism West Cork meeting, which was held at the Maritime Hotel in Bantry recently, Cillian Murphy, the chairman of Loop Head Tourism, was even more succinct. He said: ‘We are making a better place to live for ourselves.’

It was, probably, that very message that attracted so many people from a diverse range of tourism and community backgrounds – as well as those who are looking to explore new opportunities – to the mid-week meeting. The room was full of people.

‘Tourism development is an incidental outcome of that plan,’ said Cillian, who has a knack for making voluntary community work sound noble and rewarding. He caught people’s attention by saying that when they started out there were many third generation business people living and working on Loop Head and he said: ‘There was no pressure on them.’

But the worldwide recession woke everyone up and the community were mindful of the fact that they were – as one person in the question and answer session put it – ‘at the tipping point’ and realised that nothing would happen unless they made it happen for themselves.

In less than a decade, the Loop Head Peninsula has won an EDEN award – that’s an acronym for European Destination of Excellence. And it made it to the Global Top 100 for Sustainable Destinations.

But with wishes come warnings. Cillian quoted the American travel writer Paul Theroux, who said: ‘As soon as a place gets a reputation for being paradise, it goes to hell.’

So, with every new idea, every new suggestion, he said the question on everyone’s lips must be: Cui bono? It’s a Latin phrase meaning: ‘Who benefits?’

According to Cillian, ‘tourists want to engage more. They want to experience the place they are visiting: they don’t want to just pass through.’ He said projects must be (1) of social benefit (2) environmentally sound and (3) economically viable.

These projects – the projects that make one’s locality a better place in which to live – must also be (1) low volume (2) low impact and (3) offer high engagement. ‘That is what we want,’ said Cillian. ‘That is how to build a brand.’

He offered two more words as a kind of compass: ‘links and leakages.’ He said business people must forge links – not just with their neighbours – but with the next town over so you promote, not just one town or village, but the entire region. And, as for leakages, Cillian insisted: ‘You must treat every pound as a prisoner.’ In other words: keep your spending in the area. Shop local: local produce and local services.

Speaking to The Southern Star after the meeting, Finbarr Harrington, the chairman of Tourism West Cork, said: ‘We as a group intend to work closely with existing groups, individuals and public representatives to ensure West Cork becomes the world class tourism destination that it can be.

‘We have seen how the way the Wild Atlantic Way has had a positive impact on the tourism industry in West Cork, but we must utilise it more. In that regard, it is vital that each town and village in West Cork not only promote their own area, but also the surrounding areas,’ he said.