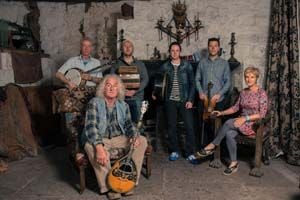 THE village of Ballydehob can look forward to a bumper weekend of traditional Irish music, song, dance and entertainment as part of the ninth annual Ballydehob Traditional Music Festival, which will take place in the village this weekend.

Headlining this year’s festival line-up is one of Ireland’s finest traditional groups De Danann. Founded in 1975, De Danann are widely regarded as one of most influential Irish traditional music groups over the past forty years

As well as topping the bill in the All-Star Gala Festival Concert, De Danann will offer workshops at 10am on Saturday morning, March 28th, in Scoil Bhríde. This is a rare opportunity for West Cork musicians to learn from some of the finest exponents of Irish traditional music.