Ian Dempsey: reminding the public of the deadline 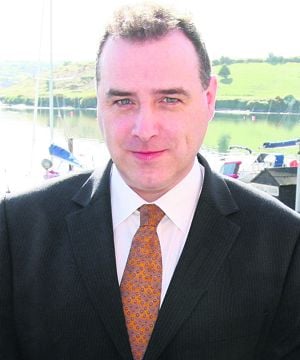 Ian Dempsey: reminding the public of the deadline

BUSINESS people and community interests are to be given the opportunity to submit plans and ideas for the new LEADER funding programme.

With the current round of LEADER funding ending in September, Ian Dempsey, chief executive officer of the West Cork Development Partnership, said: ‘We will be encouraging people to submit their ideas and applications before September 30th.’

The latest round of funding – which commenced in 2009 – provided direct financial support of around €11m to local enterprise and community projects. The level of funding is expected to be reduced by half, said Mr Dempsey, which will make the process more competitive than ever.

As head of the West Cork Development Partnership – a local development company that is responsible for running a number of development programmes of which LEADER is but one – Mr Dempsey said that LEADER had served West Cork well, particularly in the area of local enterprise and community projects.

Submissions that are likely to do well under the new LEADER programme should involve job creation, IT and the environment, as well as projects that address rural disadvantage and isolation.

‘The more varied, the more detailed, and the more innovative these submissions, the more likely it will be that the applications will secure funding under the LEADER programme,’ Mr Dempsey said.

LEADER, which was first introduced in 1992, receives 45% funding from the Irish government, with the remainder coming from the EU.

Mr Dempsey stressed: ‘The priority for the new LEADER programme is to promote social inclusion, and the reduction of poverty and economic development in rural areas.’

West Cork Development Partnership will be engaging in a consultation process throughout the region within the next few weeks.

In the meantime, Mr Dempsey said he can be contacted by (023 8834035) or by email ([email protected]). Additional information about the new programme can also be found at http://www.wcdp.ie.