The rib on fire off Sherkin. (Photo: RNLI)

BALTIMORE RNLI were called out to reports of a boat on fire off Sherkin Island yesterday afternoon.

The volunteer lifeboat crew, under coxswain Aidan Bushe, launched their all-weather lifeboat at 3.34pm, following a request from the Irish Coast Guard to attend a boat fire in Horseshoe Harbour.

When the Baltimore all-weather lifeboat arrived at the scene at 3.39pm, the occupants of the rib had already been removed to another vessel and all were safe.

Volunteer crew members from the lifeboat used the onboard fire hose on the burning vessel but unfortuntely the rib was beyond recovery and it sank a short time later.  The lifeboat returned to the station, arriving at 4.07pm. 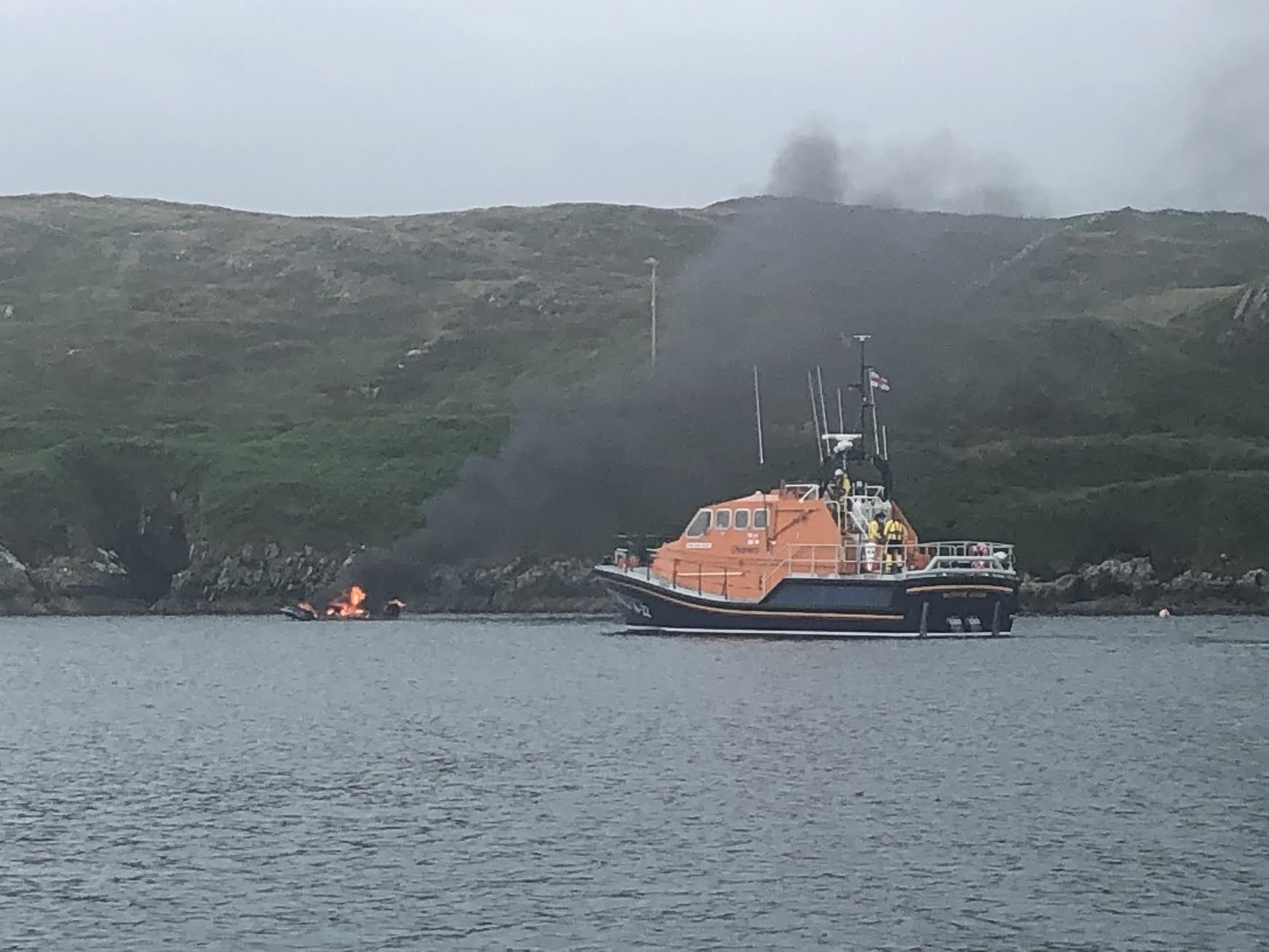 The RNLI all-weather lifeboat on the scene.(Photo: RNLI)

Conditions at sea during the call were calm with a south-westerly force 2-3 wind, no sea swell and good visibility.

Speaking following the call-out, Kate Callanan, Baltimore RNLI volunteer lifeboat press officer said: ‘There were a number of vessels in the immediate vicinity at the time this fire broke out and Baltimore RNLI would like to thank those who assisted in bringing the occupants of the rib to safety.  If you get into difficulty at sea or on the coast, call 999 or 112 and ask for the Coast Guard.’