By Catherine Ketch CORK County Council has received criticism regarding its handling of the recent cold weather spell. 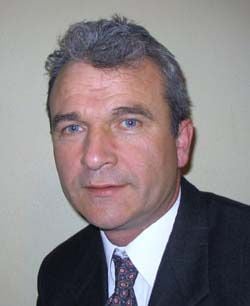 CORK County Council has received criticism regarding its handling of the recent cold weather spell.

Mr O’Sullivan said that school principals were made responsible before Christmas for the decision to open a school or not, keeping school buses off the road when necessary. In comparison, he said, the local authorities must be trying to save salt ‘because they’re not putting it out on the roads.’

‘In every other jurisdiction that I’ve lived in, the idea is to pre-treat the road before it freezes,’ although he agreed this could not be done if rain was forecast. But he said that salt and grit were now being spread on top of ice, which thawed and re-froze the next day.

Mr O’Sullivan also called for a change in regulations to allow the public to treat icy footpaths without fear of litigation.

The Council’s senior executive engineer James Dwyer said the Council’s annual Winter Service Plan prioritises routes for treatment and a roster of duty engineers monitor an automated system. ‘We’re not in a position to treat every road,’ he said.

He added that the truck based in Macroom takes four hours to treat the N22, including the county bounds and the regional routes from Macroom to Dunmanway via Toonsbridge and the Coachford/Kealkil line.

‘Last night was a perfect example. I was up every hour all through the night just checking the forecast as it goes and we try to call it as best we can,’ he explained. Footpath responsibility is for legislation, he added.