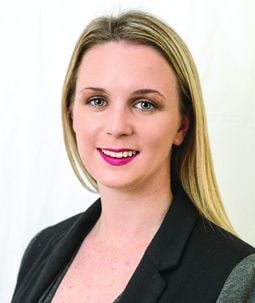 SINN Fein Cllr Rachel McCarthy has spoken of her shock and disappointment at finding out that Cork County Council has handed over the details of its 7,500 tenants to Irish Water without notifying them in advance.

As a Cork County Council tenant herself, it was the first she had heard about this and she said she was very angry about the attitude of the Council to the matter.

‘I hadn’t registered with Irish Water and had no intention of doing so, and the very least Cork County Council could have done out of respect is to notify the tenants about their details being sent to Irish Water. If we hadn’t asked about the letters at the meeting, would we have ever known?’

Cllr McCarthy says it’s too little, too late to be sending out letters to tenants now when the ‘deed has already been done.’

Mr Lucey told councillors at the meeting that Cork County Council was legally required to provide Irish Water with tenants’ details as set down in the Water Service Act of 2013.

‘The legislation is very specific and there is no question of Data Protection as Irish Water can only use it for their own purposes, and no PPS numbers were given out,’ said Mr. Lucey.

‘Once there’s any change of tenancy, then we have to notify Irish Water, it’s an obligation.’

He also confirmed that Cork County Council tenants would be receiving notification letters in the coming days about the fact that their details had been forwarded to Irish Water.