The area, near the Beacon (headland on left) where the incident occured 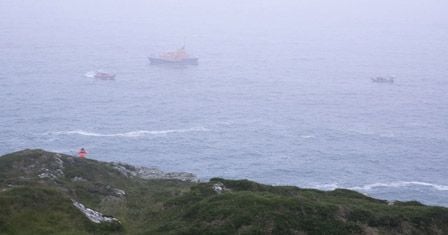 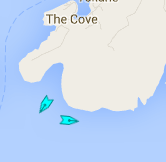 The area, near the Beacon (headland on left) where the incident occured

THE search has resumed this (Wednesday) morning for a man, feared drowned, after two people taken from the sea off Baltimore last evening died.

Naval divers are joining local volunteer divers as the search continues for the third person, a young man from the area.

On Tuesday evening, the SAR (search and rescue) chopper was involved in taking two casualties – a male and a female – from the sea close to the Beacon. Both were pronounced dead.

A second SAR helicopter also joined the mission, which centred around an area of the coastline known as the 'Eastern Hole.'

Divers continued searching the area until dark when poor visibility forced them to call a halt until this morning.

It is thought the incident may have beeen the result of one person falling into the sea and the other two attempting to rescue them.

The incident occured close to the Beacon on the headland near the Cove bathing area in Baltimore, an area which is popular with walkers.

Baltimore lifeboat and Coast Guard volunteers are also involved in the search.

(Photo from scene of search by Emma Jervis)