The Southern Star reports that councillors cancelled a meeting with the Oireachtas members last Friday. 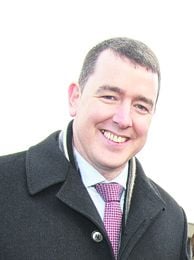 AFTER running a Page One report in which Cllr Michael Collins described the four West Cork Oireachtas members as a disgrace for not responding swiftly to an invitation to meet with West Cork’s Municipal District members, The Southern Star now reports that the councillors themselves cancelled a meeting with the Oireachtas members last Friday.

Labour TD, Michael McCarthy, said: ‘I am surprised the meeting was cancelled just a day before it was scheduled to take place, more so as the councillor whose idea it was has been very vocal in criticising the Oireachtas members because the meeting hadn’t taken place before now.’

Mr McCarthy said he meets regularly with council officials in his role as a TD, and as the chairman of the Oireachtas Committee on Environment, which encompasses local government.

‘In this instance,’ he added, ‘I was obliging a request, but, as it turns out, the councillor who criticised both me and my colleagues for not meeting before now wasn’t able to see his proposal through.’