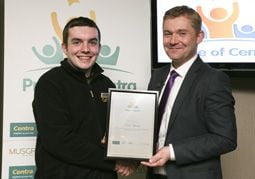 The Pride of Centra Awards were developed to recognise Centra employees for their commitment and dedication in the workplace. The Cork employees are two of the 10 Centra employees selected as finalists out of a total of over 10,000 demonstrating the significance of her achievement.

Eoin picked up his all-important finalist spot after nominations from store owner Carol O'Leary, and store manager Basil Blennerhassett. According to Centra, Eoin was nominated for excelling in the workplace through his community involvement, dedicated attitude and outstanding contribution.

Meanwhile Bernadette, who was nominated by store owners Ingrid and Noel Fuller, has become an integral part of the store through her ongoing work with the local community where she has become a well-known face for her generosity and charity work, as well as her excellent customer service.