Caroline Walsh uses the latest innovations in agriculture to have relevant information at her fingertips. (Photo: Don MacMonagle)

CAROLINE Walsh, Ballinascarthy is a number cruncher and they all add up to put her top of the class on the national farming stage.

She took the prestigious title of Grassland Farmer of 2020, and was Lisavaird Co-Op’s Sustainability Award winner for 2020. She was also the winner of Dairy Farmer of the Year category in last year’s West Cork Farming Awards run by The Southern Star and the Celtic Ross Hotel.

In fact going back as far as 2010 she won TG4’s Feirm Factor competition, and won several awards for a calf and sheep staller she invented with her uncle.

You could call her lucky, but it would be more accurate to call her smart.

A busy mother of five kids ranging in ages from 14 to 4, running an efficient operation is important for Caroline who grew up on a dairy farm in Ballinadee.

With a new entrant milk quota, she rented a farm adjoining her home place from 2009 to 2013, having worked in Riverview Vets, Bandon prior to this.

After marrying Ballinascarthy man and agri contractor Joe, she moved her cows there in the Spring of 2015 and now milks a pedigree herd of 64 cows who last year each produced 515kgs of milk solids.

The farm comprises 100 acres of which 50 is the milking platform, making her stocked at 3.2 LU/ha this year. 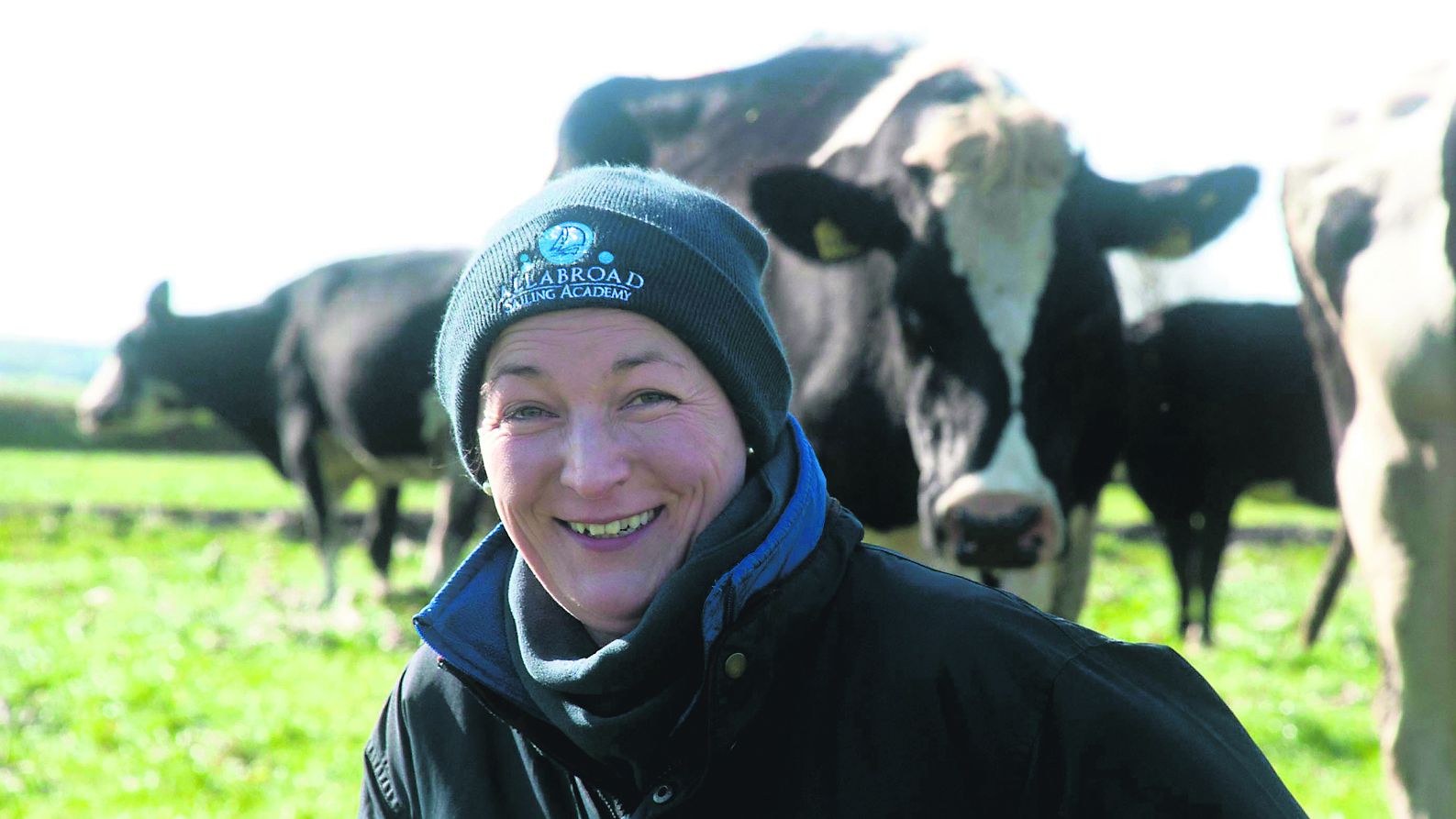 Caroline with one of her ‘dollybirds’.

These are all statistics that roll off her tongue and the fact she’s totally on top of all aspects of her operation goes some of the way to explaining her success.

She also uses the latest agri innovations to have numbers and information at her fingertips including milk recording, soil sampling and grass measuring which she started in 2015 and which is paying dividends for her.

Worth noting is Caroline’s flexibility when it comes to her stocking rate which she’s dropped since embarking on her career, as she keeps a close eye on her inputs, and her outputs. Less cows often times results in more profits.

She has a strong environmental awareness with a tank for harvesting rainwater, and is growing more clover year on year.

She also puts big focus on breeding and her herd has EBI of 176.

Animal welfare is her absolute priority, with no effort too much to make the cows comfortable and a focus on keeping calves warm and comfortable too.

In fact she says she’s never happier when she’s milking: ‘The cows — the dollybirds! — are the most important thing for me. I was reared with a respect for animals and this is what I want to pass on to my children.’