Carbery Cracker cheese is starting off 2021 with a fresh new look but with the same great taste!

Carbery Cracker cheese is proud to be a product of West Cork, and is manufactured right on our doorstep by Carbery Group in Ballineen.

The milk used in Carbery Cracker cheese is sourced from local famers in West Cork, and Carbery Cracker accredit their famous taste to the quality of product their farmer shareholders produce. 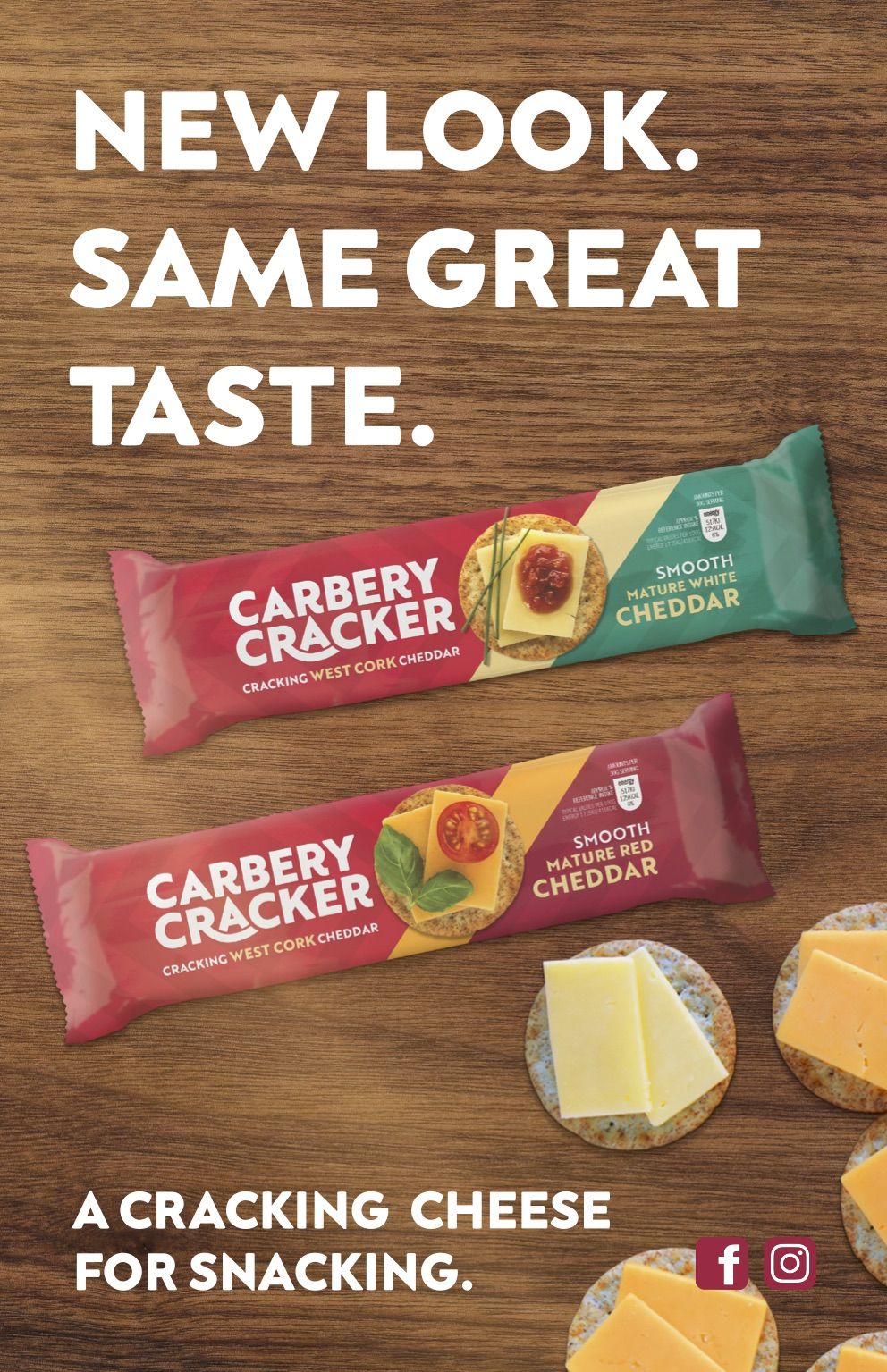 The fun, eye-catching new packaging reflects the burst of taste that only West Cork dairy can produce.

72% of consumers surveyed would prefer to buy Irish cheese. So what better region to source the favoured dairy from but West Cork.

The research also told us that Irish people love to snack, with 58% of Irish consumers surveyed saying they snack two to three times a day.

Eating habits have changed with the demands of modern society; we have become more snackers than set mealtime eaters.

Cheese is perfect for giving snackers enough fuel to keep working and is a healthier snack than biscuits or chocolate, so it is no surprise that 68% of those surveyed said they planned to use cheese for snacking. 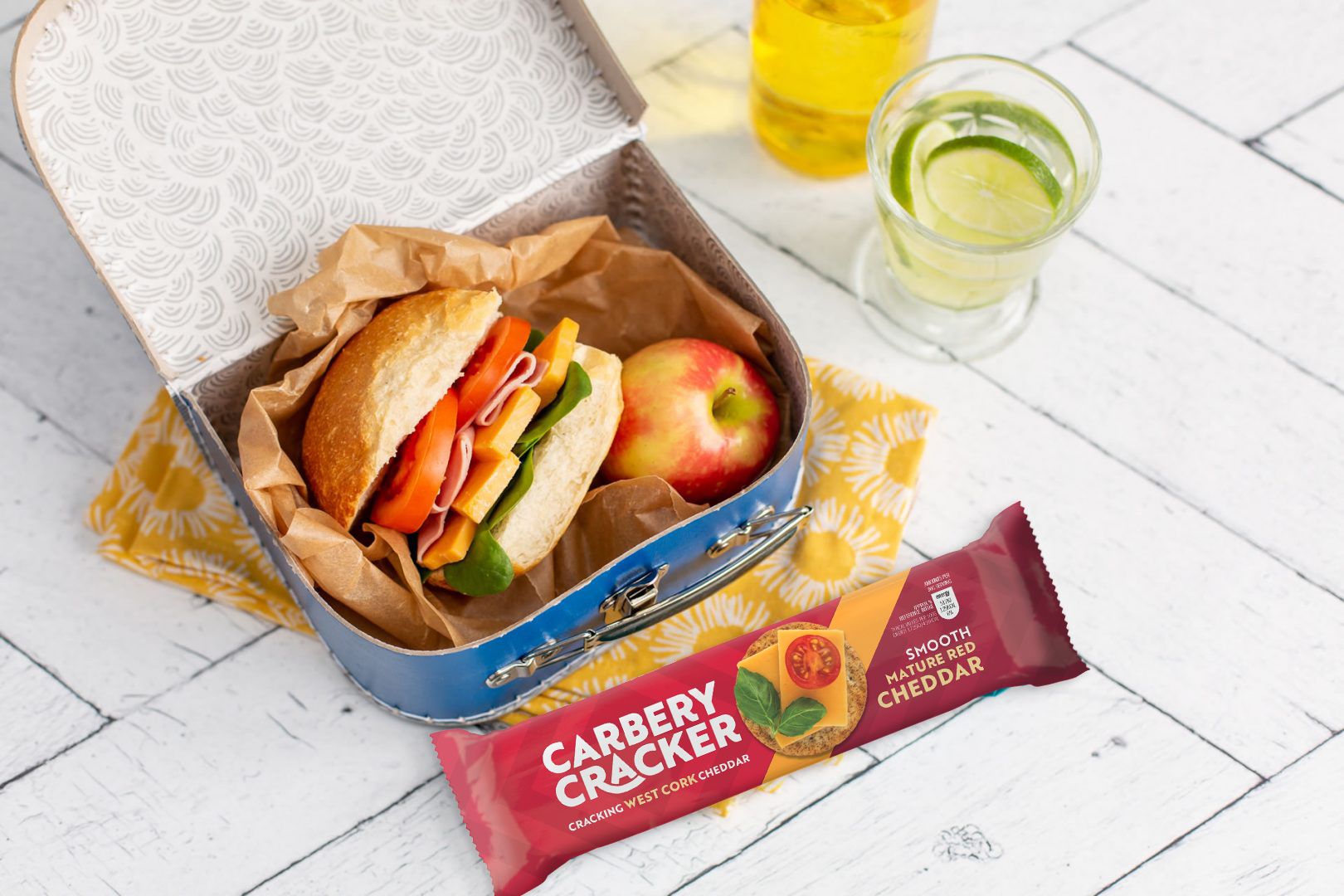 Carbery Cracker cheese has also reduced the microns in its new film packaging which means 15% less plastic goes into landfill.

Carbery Cracker is the perfect snacking cheese that the Irish market is craving and a slice fits perfectly on any cracker.

Carbery Cracker is available in SuperValu, Tesco, Dunnes and other independent stores nationwide.