FIVE years in from its original launch, the Opel Grandland has been given a facelift. The changes inside and out are actually significant, bringing the compact SUV into the latest Opel styling ethos.

The car is in a highly competitive segment — quite apart from its Peugeot-Citroen stablemates, the Grandland is head-on against the Nissan Qashqai, Audi’s Q3, and the upcoming Renault Austral replacement for the Kadjar.

The slightly larger VW Tiguan and its group relatives are also in the space. With crossover-SUVs now taking around half of all car sales, there’s an active potential buyer cohort out there.

The slimmer and wider front grille adds a perceived width to the Grandland, which has been a popular option for Opel fans since it was launched.

Though related to Peugeot, Citroen and DS models within the Stellantis group of which the German brand is now a part, there’s a strong Opel sense throughout the car. The blitz badge remains one of the most instantly recognisable out there, and the new front lines the car up with the new Mokka and the upcoming Astra in the design theme. 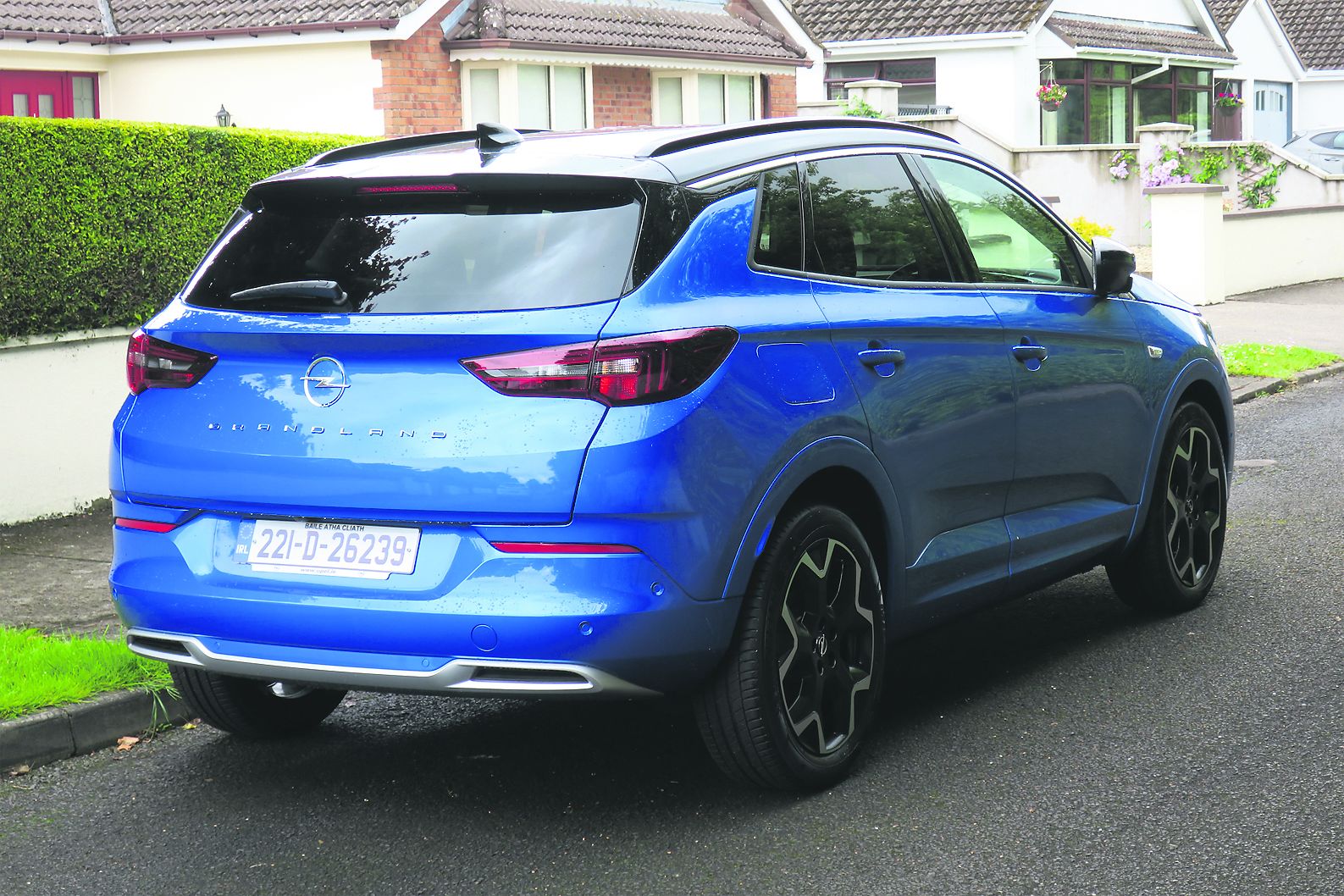 That grille links the very high tech adaptive LED headlights which are a standard item across the full range of Grandland. I have become very fond of this system, which has a highly variable and instantly self-adjusting light pattern to keep maximum visibility in all oncoming lights situations.

We’ve come a long way from the foot operated dip-switch which was the norm when I began driving.

There’s a pleasing profile set off by a contrasting black roof with clever details at the rear pillar that tweak the visuals. The rear is a clean style nicely framing the model’s name under another large blitz. My review car was in the Elite grade, which came with distinctive alloys and a few bits of extra bling.

Inside, the dashboard is new and streamlined, with instrumentation minimised for clarity and quick absorbing of information — Opel’s marketers call it ‘detoxed’, presumably of distractions. The central touch screen is well integrated in the overall style — it’s a 10-inch in the Elite — and essential navigation is by simple and clearly-labelled buttons and knobs. Where you need to touch the screen, the graphics are nice and big. The climate controls are also real — the designers of this car know how to push my buttons! 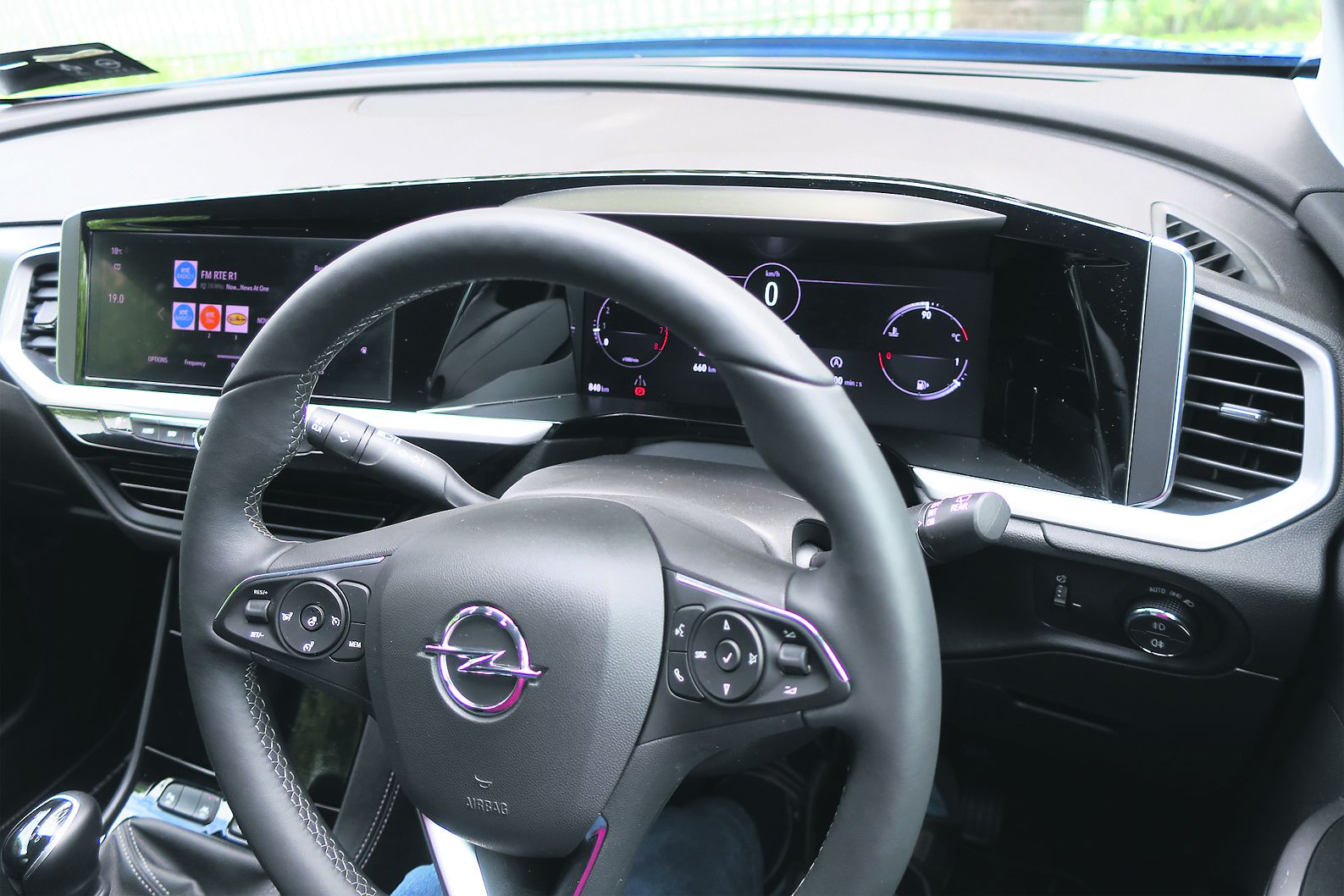 The console between the front seats is low, there’s not the same sense of separation as in its almost-twin Peugeot 3008, for instance. The car is roomy front and rear, and passengers commented specifically on the comfort of the seats.

My car’s engine was the 130hp 1.2 with manual gearbox. I guess I’m spoilt these days, I was a little disappointed that it didn’t have the excellent Aisin 8-speed auto which I’ve been enjoying in a number of cars from this group —it is available. But it did give me the opportunity to re-experience what is a very tidy 6-speed manual set-up. The engine had plenty of punch, while on normal motoring it was well insulated from the cabin. There’s an automatic diesel available, and a brace of plug-in hybrids, one AWD, are on the way.

All these underpinnings are common to the French companion models, but there’s enough Opel distinction to make a choice to that brand an arguable direction to go. As I’ve owned a number of Opels from my early days of motoring, I have a soft spot for the brand. The revisions to the Grandland are keeping that flame alive.

What I like: That Opel can still pull me in.