THE first thing to say about Kia’s new Sorento is that it’s big. Longer than, for instance, Hyundai’s latest Santa Fe and even ahead of Range Rover’s Velar.

That fact is probably one of the reasons I enjoyed my time with the Sorento. It’s just nice, sometimes, for someone tall like me to get into something big. Never mind that at this stage of our family life there’ll rarely be more than two of us driving together and there’s a certain waste of space.

But if you need the kind of space that would have, for instance, had you looking at large people carriers from Volkswagen, Ford, or Renault in the past, the Sorento gives you all that they could, and good looks into the bargain. 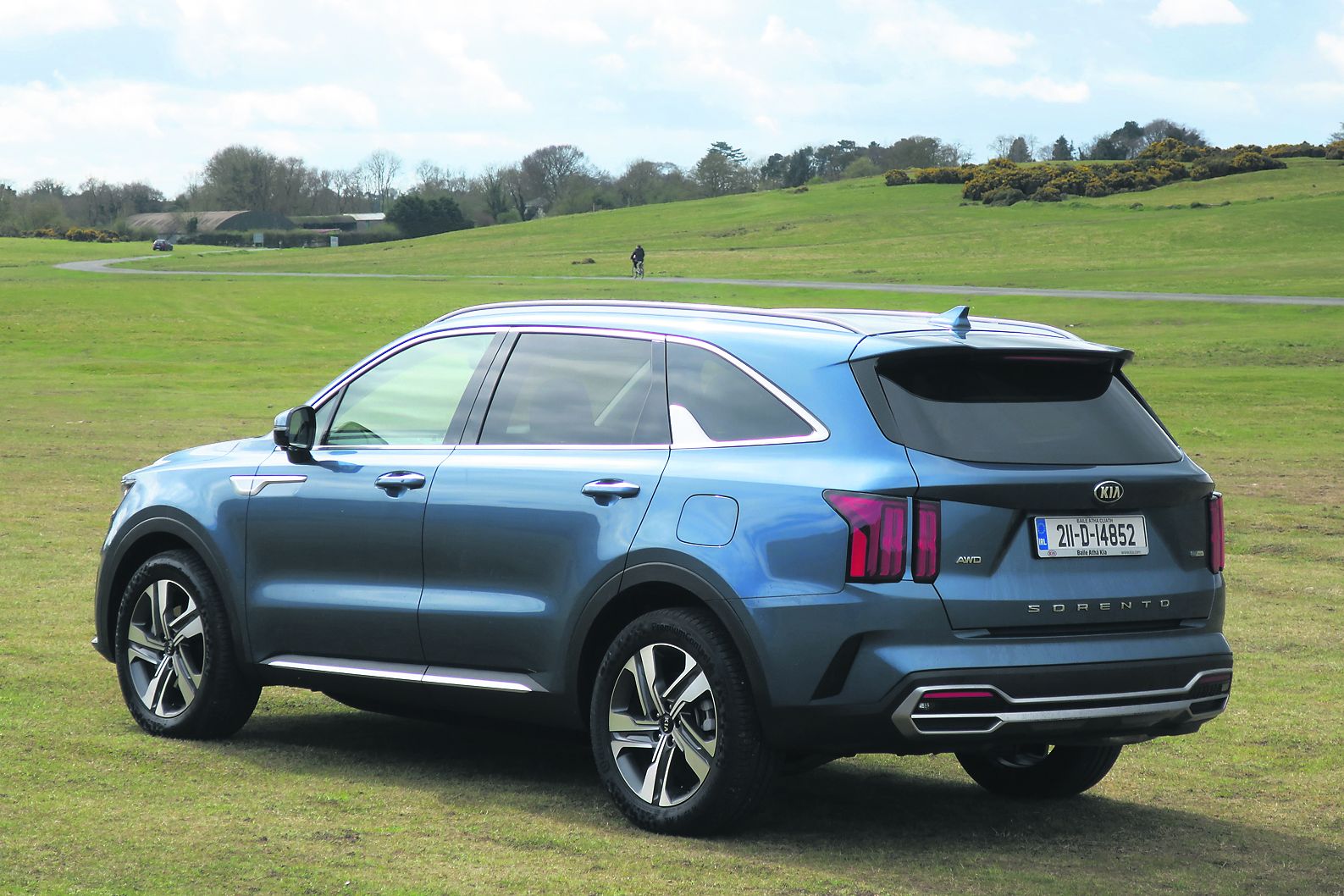 Those looks tell me that Kia now looks hard at the US market when styling up at this size of car. There’s a definite America sense about extra glitz details like the chrome insert in the rear side window frame, tail lights that will be well seen at a long distance on an interstate, a Kia-styled grille that is substantially larger than on many of its smaller sibling models. They’re all smaller, of course ... this is Kia’s flagship offering on this side of the Atlantic.

That extra level of glitz is evident inside, too, a mix of high-gloss fittings, serious leatherwork, and etched aluminium trim. It’s all there to make you feel quite happy to start a long-distance drive.

I mentioned MPV-level roominess, and that is particularly a point for rear seat passengers, whose knees will never have occasion to nudge the seat in front. It’s a tall car too, so hair-styles will not be impacted. 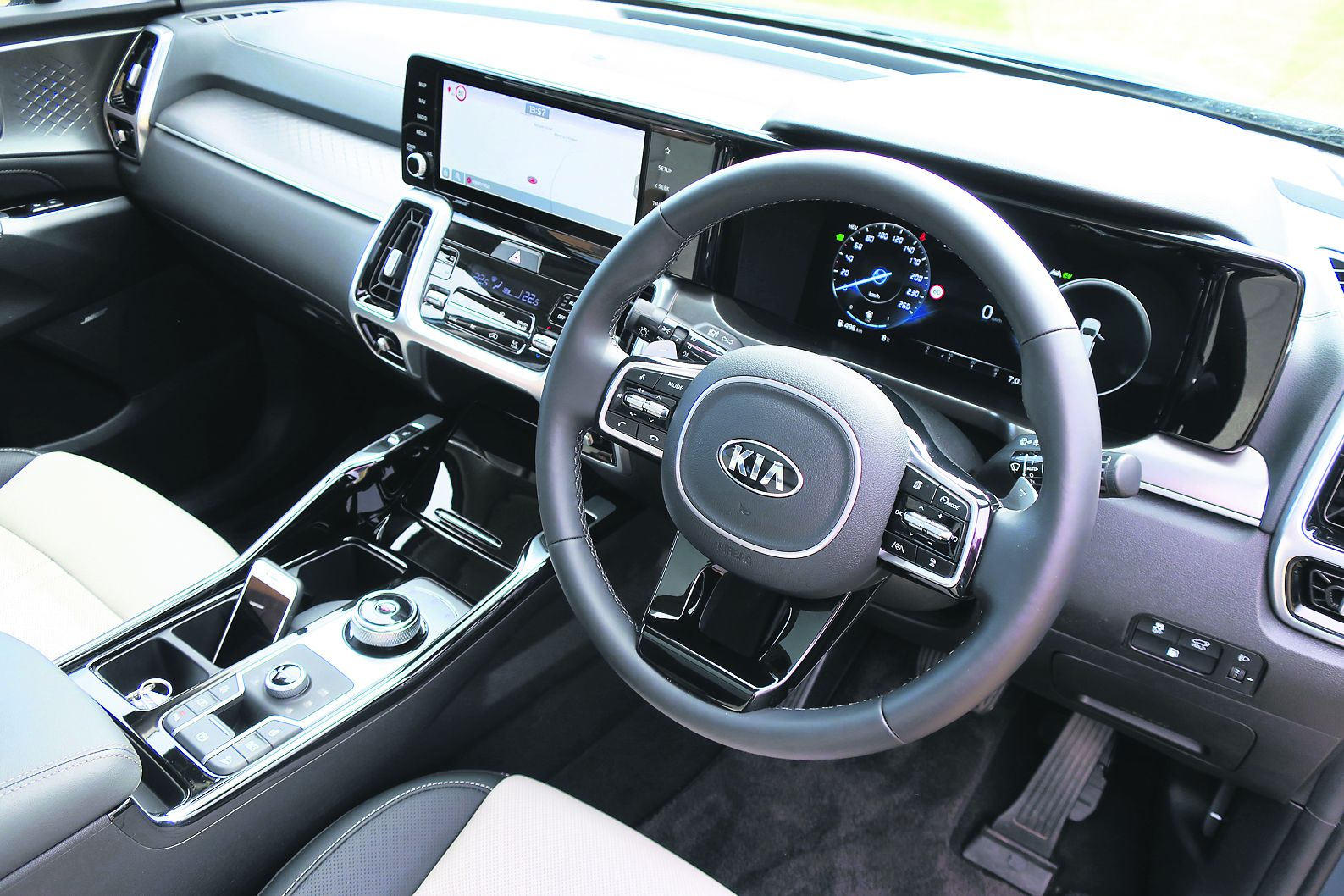 The dashboard and steering wheel are busy enough with controls, but in Kia’s style they’re fairly easy to get used to. A slight exception being the touchscreen management of the radio, where finding a list of stations other than the pre-sets was a bit frustrating.

The Sorento has all the safety and comfort technology that you could possibly need, including the ones that I prefer to turn off, such as the irritating nudging of lane-keeping assist that’s the default. There’s one new trick which works — when the indicator is flicked, the main instrument dial on whichever side becomes a round screen showing the blindspot view via cameras set under the side mirrors. Neat.

The options for powertrain are a 2.2 diesel or a 1.6 petrol plug-in hybrid. Both are automatic. My car was the PHEV. I used it much as it should be, charged at night at home and therefore giving me up to 50kms of electric range at the start of my driving day.

That range can also be saved for when it is most useful, local and urban operation. With 265hp on tap, the Sorento PHEV also can give a fast push when needed.

But it’s the nature of big cars that you drive them more sedately. Or it feels that way, anyhow.

The review car was also AWD with a range of terrain control settings, so it’s more than just good looks.

The other big SUVs in this space are the Skoda Kodiaq and similar from the VW group. They’re competitors, a little less expensive, but a little smaller also. The Sorento doesn’t give an option of seven seats which, for the bigger family, might be a deal-breaker.

But for a consistently pleasant, and even engaging drive experience, Sorento certainly suits me.