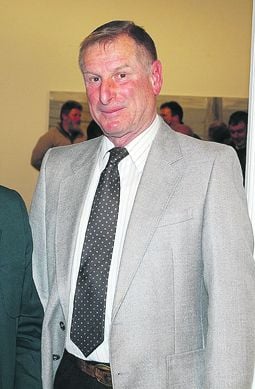 It is but one of many prizes and awards that have been presented to Chuck who was born in 1938 and grew up in rural upstate New York, but left the United States for political reasons, and subsequently made Cape Clear Island his home.

The latest prize was for his homage: Foggy Memory of My Mum. It was only in 1992, when he and his wife, Nell, made their home on Cape Clear that Chuck began to devote himself full-time to writing.

Since then Chuck has certainly been prolific and written many island classics such as Between a Rock and Cape Clear Island Magic, which were published by Collins Press, and Sourcing: Poetry by Chuck Kruger by Bradshaw Books.

The writer continues to celebrate island life in prose, poetry and photography with offerings such as: The Man Who Talks to Himself, Flotsam and Jetsam: Short Stories from the Cape, Island Alchemy, Whiff of Whales, Puffs and Gusts, as well as his latest publication Moment: A Miscellany of Memories, which was published earlier this year by Drombeg Books.

Moments reflects beautifully the rich tapestry of his life.

It ranges from accounts of his idyllic childhood traipsing around old Iroquois hunting groups to his all-consuming engagement with the landscape, and the people, of West Cork’s Cape Clear. His memoirs demonstrate Chuck’s skill as an essayist, storyteller, and poet and, above all, they bring the reader face to face with someone whose work and life is driven by a spirituality that springs from a deep love of and respect for nature.

Even those not in thrall to the Gaeltacht island off the West Cork coast will know Chuck Kruger’s writing because he is a regular contributor to the popular RTÉ Radio 1 programme Sunday Miscellany.