John was presented with the award in Texas.

BARRYROE businessman John Fleming has been honoured with an excellence in innovation award in the US.

Founder and chairman of Vision Modular Systems, John won the award at the World of Modular Conference in San Antonio, Texas.

The company has seen sustained year-on-year growth and is responsible for some of the world’s most groundbreaking modular buildings.

John received the award in front of over 1,000 attendees from across the globe.

In its 39th year, the World of Modular Convention and Awards is organised by the Modular Building Institute (MBI), the USA’s largest trade association serving the modular construction industry.

Vision Modular Systems with its development and contracting company; Tide Construction, specialises in delivering volumetric, modular schemes, such as the George Street skyscraper for Greystar in Croydon, London that is currently the world’s tallest modular building. 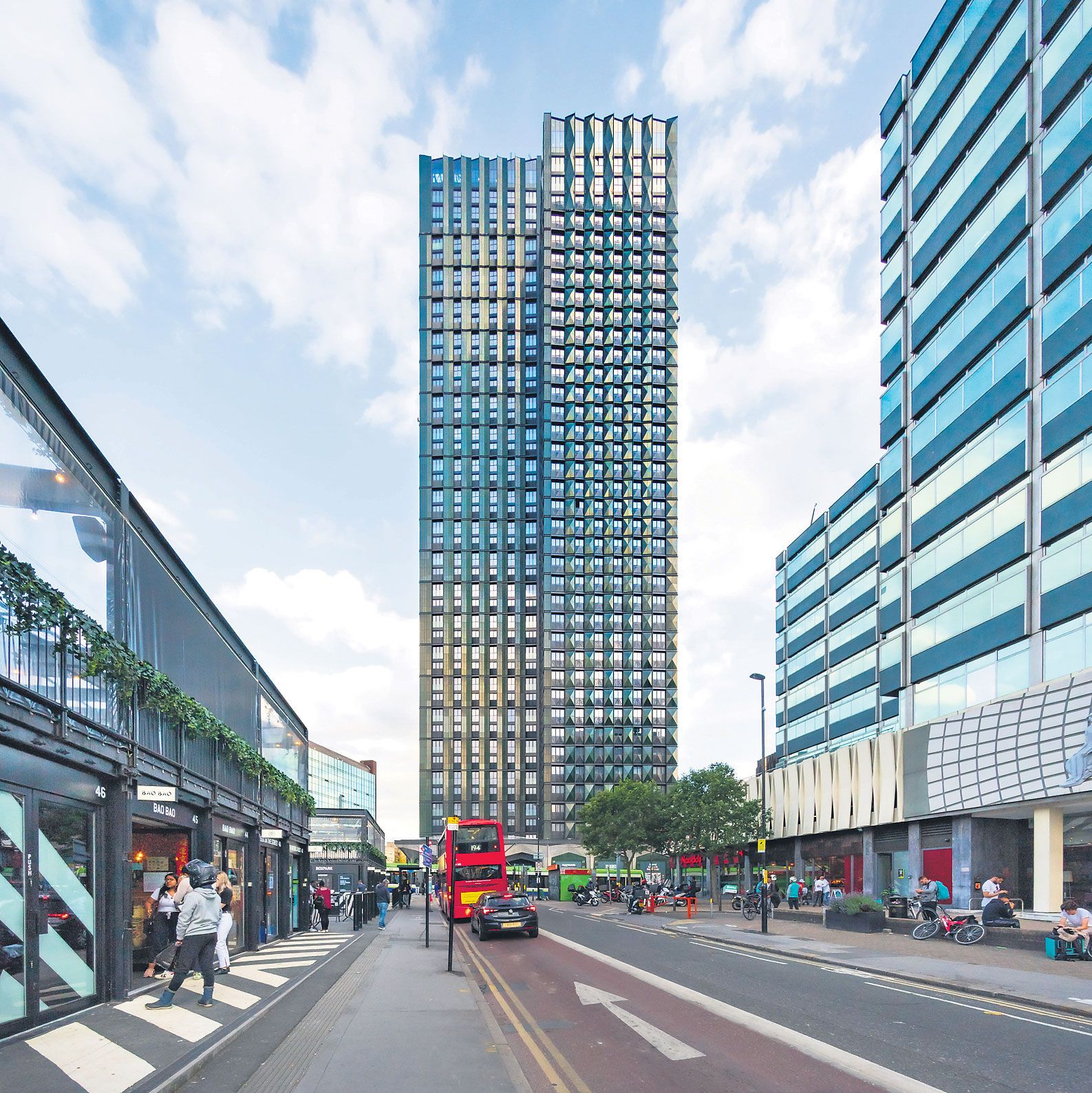 The skyscraper at 101 George Street in Croydon, London.

Together, Vision Modular Systems and Tide Construction have led the way in modernising construction in the UK. In recent years, the two companies have delivered over 6.5m sq ft of precision-manufactured developments and has invested considerably in research, development and testing to continually advance their system.

John said: ‘This award recognises Vision Modular’s sector-leading position in the UK, where we have a strong track record of revolutionising the way in which housing is delivered. Years of significant growth, in terms of our pipeline and financial strength, is demonstrated through our long-standing partnerships with some of the world’s biggest institutional purchasers and has established modular as a mainstream method of delivery.

‘It is an honour to receive such a high-profile accolade from the Modular Building Institute, an organisation that has been actively shaping the future for modular construction across the globe, and I would like to thank all those involved.’

John McMullen, director of the Modular Building Institute, added: ‘MBI introduced its Excellence in Innovation award this year and I can’t think of a better inaugural project than 101 George Street. John did great work here that truly shows the potential of modular construction.’