Sandra Rowe in one of the Blow-In Blog's videos

A BANTRY family have found that their YouTube blog is a big hit at home and abroad. 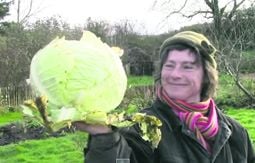 Sandra Rowe in one of the Blow-In Blog’s videos.

A BANTRY family have found that their YouTube blog is a big hit at home and abroad.

Sandra and Tim Rowe live on a farm with bees, horses, dogs, sheep and more, and decided to start posting short movies of their life two years ago.

Their ‘Way Out West – a Blow In Blog’ has clocked up many viewers – with over a thousand ‘fans’ watching most of their videos.

The couple post up everything from recipes to tips on carpentry and nature – including how to make a stile, a home-made shower cubicle, collecting seaweed for the garden, and more.

‘We just film some of the things we do here anyway,’ says Tim. ‘Things like ploughing with our cob horses, or harvesting honey from our 100 hives. And people seem to find them interesting. Even though most of our viewers probably live in cities, there seems to be a need to connect again with ordinary farming life. If they can’t work on the land themselves, at least they can do it through us. We keep the videos short and often there’s a bit of humour in them – but really they are just snapshots of our everyday lives.’

Sandra says that some viewers have even decided to holiday in Ireland, as a result of the blog.

‘We’re just trying to make a living on a few soggy acres in the west of Ireland – but it feels like an adventure because now we have friends everywhere cheering us on. We said we’d stop as soon as we ran out of topics – but that has never happened. We try to post one or two videos a week but we could make many more if we had more time.’

They have made over 120 videos already. To watch them, see Wayoutwestx2 on YouTube.