Four former members of St Fachtna’s Silver Band were delighted to meet up this week and pose for a new photo of themselves, together again 61 years later.

The group in the monochrome photo are – back row, from left – Wilson O’Sullivan, Pat Nagle and John Minihane with Frank Fahy seated at the front. This photo of the four band members was taken in the Showgrounds, Skibbereen, at the annual Agricultural Show in 1957.

For the first time since then, the four men got together at the West Cork Hotel in Skibbereen on Monday evening of this week at the request of Pat Nagle, who is currently holidaying in his native Skibbereen and longed to meet his old friends, whose photograph he had treasured for many years. Pat lives at Minster Cliffs, Isle of Sheppy, Kent, to where he returns on Thursday.

The group in colour are standing and seated in the same order and photographed by Gary Minihane, son of John Minihane. 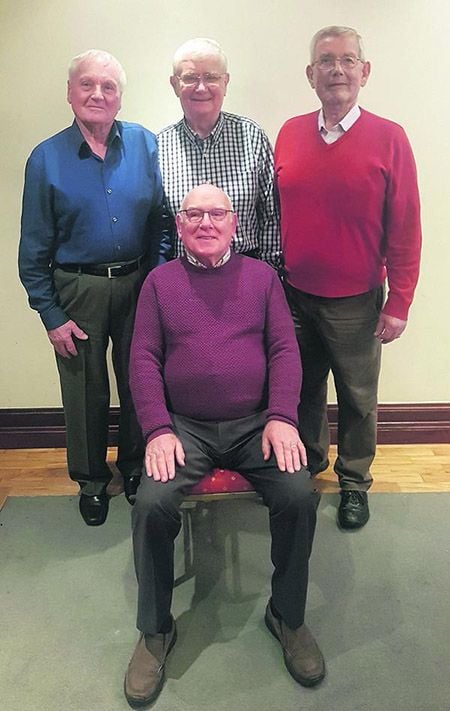