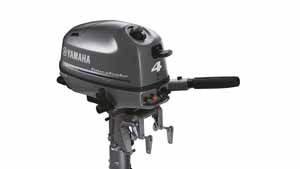 A TOTAL of 12 outboard engines were taken by thieves who targeted boats moored in Baltimore last week – days before the annual regatta.

Gardai believe the thefts were the work of an organised gang as there was a huge level of preparation involved in the operation.

Between Thursday night, July 30th, and Friday morning July 31st, thieves got away with 12 outboard engines and one fuel tank estimated to be worth approximately €14,000 in total.

The outboard engines stolen included Yamaha and Mercury models, of varying horsepower and colour, and the thieves also got away with an orange Yamaha fuel tank.

‘It’s a crime of opportunity and so easy to do and sadly it takes incidences like this to highlight to boat owners that they need to secure their property,’ said Sgt Ian O’Callaghan, Crime Prevention Officer for Cork West Cork. It is believed a van was used to load the valuable equipment, which has left many boat owners seething.

One boat owner revealed he had just purchased the engine, days before it was taken.

‘This type of crime in West Cork predominantly occurs during the summer months and during the hours of darkness,’ said Sgt O’Callaghan, who has seen an upsurge in marine theft in recent years.

‘Boats and boating equipment are at greater risk of being stolen because they are easily moveable,’ he said, adding that in this case a van was used to transport all the outboard engines stolen.

But he pointed out that there are several measures that can be taken to provide adequate security precautions to protect marine property and reduce the risk of theft.

Sgt O’Callaghan is also advising people living along the coast to be aware of suspicious vans in the area and to report any suspicious activity to gardaí.

The Mizen Coastal Watch initiative was only recently launched in Schull, which aims to assist in the prevention of the theft of marine equipment and leisure crafts, which reaches a peak during the summer months.

Baltimore Harbour Master Diarmuid Minihane said people in the area were shocked to hear of the thefts.

‘I was speaking to a few boat owners, both local and not so local, who had their outboard engines stolen and they were upset,’ he told the Star.

‘Some of them will now now have to go and buy a new engine or hope to find a suitable second hand one before the season finishes,’ said Diarmuid.

Gardaí in Skibbereen are currently investigating the thefts and are asking members of the public to contact them on (028) 23088 if they noticed anything suspicious on the night in question.