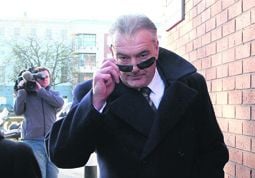 EVIDENCE concluded last week in the long-running civil action by Ian Bailey against the Garda Commissioner and State over the conduct of the investigation into the murder of Sophie Toscan du Plantier.

The body of Ms Toscan du Plantier was found near her holiday home at Toomore, Schull, on the morning of December 23rd 1996. Mr Bailey has always denied any involvement in her murder.

After hearing from more than 90 witnesses over 59 days, the case has been adjourned to resume on March 24th when the jury will hear closing speeches from both sides, to be followed by a charge (direction for the jury) from Mr Justice John Hedigan.

The judge told the jury that when they retire to consider their verdict, they will be given an issue paper containing a number of questions, which would each require a Yes or No answer.

The State called about 70 witnesses, including senior gardai who were involved in the murder investigation. Of that number, some witness statements were agreed between the sides and read to the jury.

Mr Bailey has made a series of claims over the conduct of the murder investigation, including wrongful arrest and conspiracy to manufacture evidence. The defendants deny all of the claims.

Earlier last week, in an agreed statement read to the court, Det Inspector Michael Moore, a Garda documents expert, said he examined statements and memos of interview with Marie Farrell made in 1996 and 1997 and concluded there were no suspicious indentations or alterations that could not be explained by the author.

Det Chief Supt Dominic Hayes, attached to an investigation unit in Garda HQ in 1996 and 1997, said he was involved in two interviews with Mr Bailey during his second arrest on January 27th 1998 and nothing untoward or unusual happened in either interview. He also never met Marie Farrell but may have driven Chief Supt Ted Murphy to a meeting with her.

Under cross-examination by Tom Creed SC, for Mr Bailey, it was put to him that Jules Thomas had said gardai had not noted down what she said at all during the interviews and she was very frightened.

Chief Supt Hayes said Ms Thomas did not appear to be frightened, his notes reflected what she said, they were read over to her and she signed them on a number of pages. She was ‘in no way hostile’, answered the questions put to her, seemed calm and there was no complaint made to him about his conduct, he said.

Michael McSweeney, who runs a photographic agency in Cork, said Ian Bailey told him on December 23rd 1996 he had photos of the scene of the murder taken before 11am that day.

Mr McSweeney said the photos were of whitethorn or blackthorn hedges and were not good quality. Under cross-examination, he agreed he had in a previous statement said the photos featured gardai at the scene and said he considered that reference to gardai was ‘the truth’.

Under cross-examination, Tom Creed SC said Mr McSweeney had, in his previous statement, described Mr Bailey as ‘quite jumpy and agitated’ on February 11th 1997.

When counsel put to him it was unusual for persons who are arrested and released without charge to be named in the media, Mr McSweeney agreed. He believed Mr Bailey had ‘outed himself’ as a suspect and had also written articles about the murder.

Catherine Keane, executive officer in the Office of the General Registrar of Births, Deaths and Marriages, was asked questions arising from evidence of Marie Farrell that her companion on the night of December 22/23rd 1996 was John Reilly from Longford, whom she believed was deceased.

Ms Keane said she had received from gardai a list of 17 names in the name of John Reilly or John O’Reilly or variations of that name and could find no corresponding details for any of those men in Co Longford from the register.

Concluding the State defence, David Lennon BL read witness statements agreed between the parties including a statement of Donal O’Donovan, of the housing section of Cork County Council, who said Marie Farrell and her husband received ‘no preferential treatment’ whatsoever when they applied for and later secured Council housing.

Denis Quinlan, owner of the Courtyard Pub in Schull, said he had not received a sum of €400 from a detective garda to buy drink for persons who gave evidence against Mr Bailey in libel actions brought by him. That claim was totally false, he said.

Earlier, retired Garda Chief Supt Dermot Dwyer said, after the second arrest of Mr Bailey on January 28th 1998, he was ‘very perturbed’ about some of the correspondence from the DPP’s office concerning the Garda file.

In those circumstances, he said West Cork State Solicitor Malachy Boohig was asked to meet with himself and senior gardai at Bandon garda station on March 9th 1998. Chief Supt Sean Camon and Sgt Liam Hogan were also there, but Asst Commissioner Martin McQuinn was not, he said.

Mr Dwyer said he and Chief Supt Camon outlined matters to Mr Boohig. He himself did most of the talking and outlined ‘very clearly’ gardai had a ‘very good’ case, including five or six admissions.

There was some two to three hundred pieces of correspondence from the DPP’s office, he was very perturbed about some of that, had never seen the DPP’s own name on any of it, and asked Mr Boohig to talk to the DPP himself.

Asked whether Chef Supt Camon, just after that meeting, told Mr Boohig he understood he and then Minister for Justice John O’Donoghue had gone to the same college and would Mr Boohig get the Minister to have a word with the DPP, Mr Dwyer said he never heard Supt Camon say that.

He himself never asked Mr Boohig to get on to the Minister for Justice, or anyone else, and in 40 years as a garda he had never asked a politician to do anything for himself or the Garda force, he said.

From 1998 to May 2014, he never heard a word from Mr Boohig, former DPP Eamonn Barnes or Robert Sheehan of the DPP’s office, suggesting gardai made any approach to anyone and he was ‘shocked’ when told in May 2014 this matter was raised in the High Court.

Mr Dwyer denied as ‘very wrong and unfair’ suggestions by Tom Creed SC, for Mr Bailey, that the Garda investigation into the murder was approached with ‘tunnel vision’ and with a view to get Mr Bailey charged ‘at all costs’. He also denied there was a ‘campaign’ by gardai suggesting Mr Bailey would ‘kill again’ unless he was charged.

The job of the gardai was to investigate a murder and that must be done honestly, this was an ‘outrageous’ and ‘shocking’ murder, it created panic in the area and gardai were very concerned about it.

It was possible he could have said to Mr Bailey that Mr Bailey had murdered Sophie Toscan du Plantier, but could not remember it, Mr Dwyer said. He could have made those

comments when interviewing Mr Bailey during his first arrest on February 10th 1997 because Mr Bailey had been seen walking towards Kealfada Bridge ‘out of control’ with his hands up to his head and hadn’t tried to hide when a car drove by, he said.

He asked to meet Mr Bailey because he was ‘alarmed’ after reading a Sunday Tribune article headlined ‘Du Plantier takes legal action’ under the name of Eoin Bailey and a French woman which was ‘fairly detailed’ about aspects of the murder and the French legal process. He got to Mr Bailey’s home about 3pm on January 26th and was there until 5pm and Mr Bailey was pleasant, he said. He denied he had asked Mr Bailey whether he played poker, as Mr Bailey had testified. He was interested to find out about Mr Bailey and why he came to Ireland and his background and other matters, he added.

He said Mr Bailey asked him on February 3rd 1997 to call out to him and when he did so, Mr Bailey raised matters including the failure of Ms du Plantier’s husband to come over to Ireland after her body was discovered.

He said he was told by Supt JP Twomey about unpaid warrants concerning Marie Farrell sometime between 1997 and 1998, but never met Ms Farrell about warrants.

When Supt Twomey raised the issue with him on a corridor, he was aware Ms Farrell was under pressure at the time and may have told the Supt to leave them for now.

There were many reasons why gardai don’t immediately execute warrants, including ‘common sense and humanity’, he said.

His view was the warrants would be paid off down the road and they were. He may have asked, as a joke, whether there was a fund to help pay off the fines.

He denied evidence by Ms Farrell that, when she was called to give evidence for newspapers in libel actions brought by Mr Bailey, he told her all she had to do was ‘stick to the story’.

He denied he told her she would be brought to court in handcuffs if she did not go ahead with giving evidence. He believed she might be short of money to get home afterwards and gave her €20 for a taxi.

There were ‘different ways’ of looking at Ms Farrell and ‘even the biggest liar tells the truth sometimes’, he said. She had been out where she shouldn’t be, saw something, there was ‘a bit of goodness in her’ and she picked up the phone to gardai and later made statements.

Many of the things she said for the first five or six months were the truth, but she would not say who she was with, and that was a problem. ‘Things went out of control from 2004,’ he said.