A SKIBBEREEN kayaker made waves at last weekend’s European championships in Paris.

Anaïs O’Donovan finished in tenth position in what was her first major freestyle kayaking competition.

From Coornishal, between Skibbereen and Drinagh, Anaïs only took up kayaking around three years ago with West Cork Kayaking Club. And it’s only in the last year and a half  that she’s transitioned to freestyle. 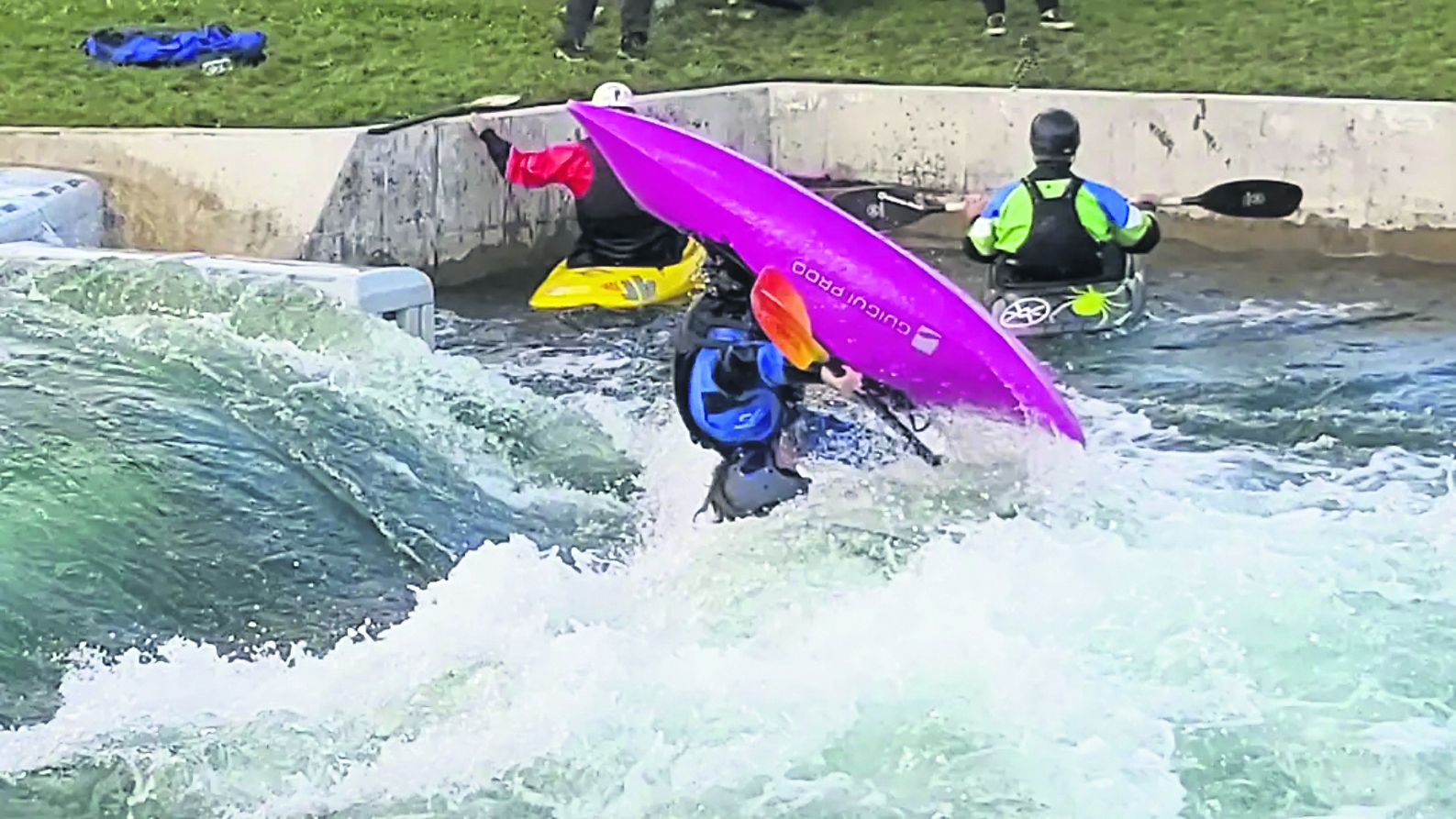 Anaïs O’Donovan in
action in Paris.

‘I am over the moon with my result, because I am so new to the sport!’ said a delighted Anaïs.

She had just 45 seconds to impress judges in Paris with her skills, or ‘tricks’ as they’re called, with each one earning her different points.

‘The best way to describe it is like gymnastics in a boat,’ said the 21-year-old.

Anaïs is now fully focussed on the freestyle world championships which will take place next May and June in Nottingham.

She’s one of 18 people on the Irish team (11 males, and seven females) and when she’s not working, she trains twice a day. Specific conditions are needed to train in this discipline and that sees her travel to both Tuam in Co Galway, and Nottingham.

She’s a qualified gymnastics instructor and tumbling judge through Gymnastics Ireland, as well as a qualified personal trainer and fitness instructor, and is currently managing two gymnastic centres – in Skibbereen and Bantry.

‘I absolutely love it, it’s great to be able to give something back,’ she said. She also recently featured in a national advertising campaign run by Sports Ireland, to inspire all females to embrace outdoor sports.