I DON’T normally make this complaint, but I have a pain in my face from smiling patiently at my Dublin friends all week as they ask me repeatedly about West Cork, which I’m afraid is now becoming as famous for its True Crime spin-off series as it is for its cheese and black pudding.

‘Do you come from anywhere near Kealfadda Bridge?, they ask excitedly. ‘Does everyone who speaks down there get their own subtitles?’ ‘And while I have you, how on earth do you lose a gate?’

Yes, last week saw the release of Jim Sheridan’s new Sky Crime documentary series Murder at the Cottage, which features Big Jim himself shuffling around West Cork like some sort of jackeen Columbo, waxing lyrical about a case that is still capturing the imagination all these years later.

The series received some sharp criticism, much of it relating to Jim Sheridan inserting himself so forcibly in the narrative, and the ethics of filming a very inebriated Ian Bailey in one particularly excruciating segment.

It’s true that everyone brings their own prejudices to this tragedy and Sheridan wasn’t afraid to wear his openly. I have to say, regardless of your opinion on Jim Sheridan’s take, and although nothing new of substance was revealed, I thought it was a fascinating, atmospheric piece of work.

With the release of the Netflix series Sophie: A Murder in West Cork this week, which by all accounts presents a considerably different outlook, the tragedy is about the take on a new level of global notoriety.

For many in West Cork, particularly the people of Schull, this is not good news. Most are ready to put these events behind them with the chances of the case being solved increasingly slim, but it will be very difficult to dampen people’s interest where such a mystery persists.

A tap here, a hammer there

All this week, we’ve been mired in a new variant of the seemingly never-ending ‘Will we, won’t we?’ debate about the reopening of indoor hospitality.

Well on Tuesday, the government finally made its decision, much to the dismay of many business owners and to the chagrin of those in their 20s and 30s who arguably have already been disproportionately affected by the pandemic.

NPHET went full-on Grim Reaper on Monday evening, it seems, and scared the bejaysus out of cabinet members with portents of terrible things to come if social mixing was combined with some of the newer, more transmissible variants.

It’s easy to sit on the ditch and pass judgement.

We’ve reached the stage of the pandemic where the varying array of contradictory restrictions are starting to resemble Father Ted Crilly’s car when he tried fixing a dent with a hammer. You’re tapping a little bit here, nuancing a little bit there, trying to please everyone, until eventually, you end up, well, with the car falling apart under you. With the country broadly split between the risk-averse, happy to wait a few weeks to roll out more vaccinations to the older cohorts, and those who would take the fight to the virus and ‘open the bloody door already!’, you get the sense the government can’t win on this one. They may very well end up with the worst of all worlds. 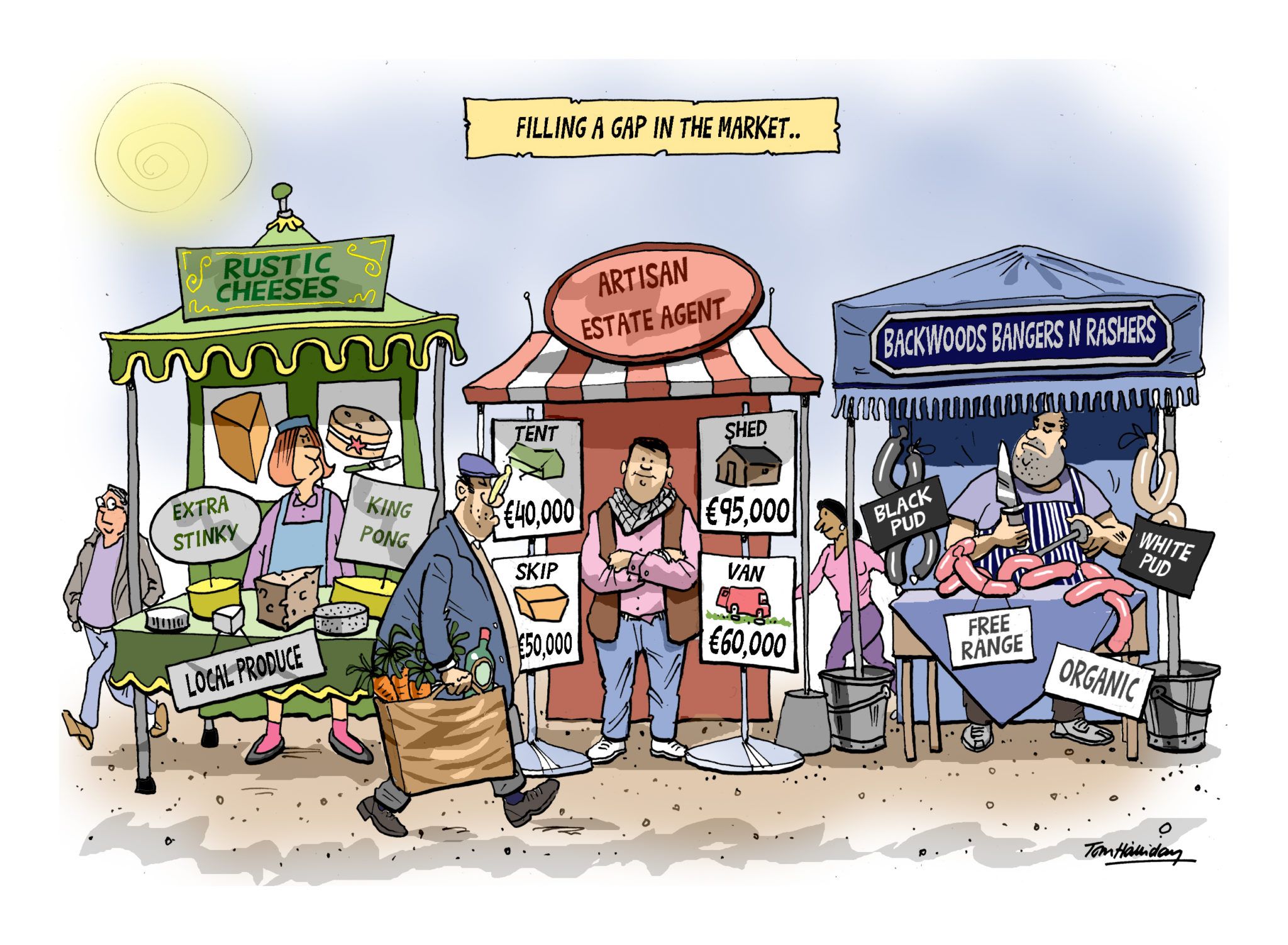 Across the water, the British Conservative Party reached Peak Tory this week, with their age-old problem with sleaze back in the spotlight.

This time it was the turn of Matt Hancock who was caught on CCTV having an extremely up-close-and-personal ‘meeting’ with his UK government aide and millionaire lobbyist Gina Coladangelo at the Department of Health’s London HQ.

It looked bad, but of course, the man may be completely innocent. For all we know, he may have been simply passing her a top-secret memo or perhaps saving her from a wasp that flew into her mouth.

In any case, he was most definitely in breach of Covid social distancing guidelines. There followed a mealy-mouthed apology and resignation by Hancock, with no reference to his poor wife.

Are they never not at it?

Property is up, bar nun

And finally, if anything defines madness, then it’s surely our truly toxic relationship with property.

This week, experts warned that house price growth will be sustained over the next 12 months amid reports of rises of up to 33% since the pandemic restrictions started to ease this year and are expected to grow by a further 7-8% in the next year.  As a Dublin exile, I must confess to having a Daft.ie alert for West Cork property that I set up since the start of the pandemic. There’s a voice in my head niggling me that I might like to move home someday and start making cheese or maybe true crime documentaries.

With locals increasingly priced out of the market, it looks like the only realistic way to get a foothold on the West Cork property ladder these days is to become a hermit nun.