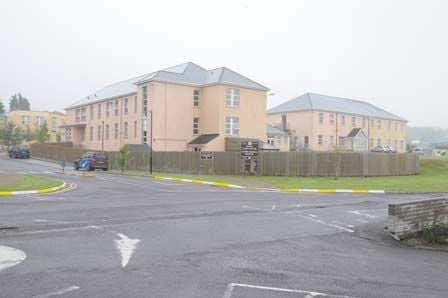 AMBULANCE and SouthDoc admissions to Bantry General Hospital were stopped last weekend, due to over-crowding fears.

The spokesperson did, however, say that both the NAS and SouthDoc were made aware of this and they were able to refer patients to hospitals in the city.

The spokesperson told The Southern Star that ‘all self-presentations to Bantry General Hospital over the weekend were seen, treated and admitted if necessary,’ and that ‘no patient that self-referred was turned away and no emergencies were refused.’

The HSE confirmed that one patient presented with the National Ambulance Service but this patient was taken to SouthDoc on the advice of the advanced paramedic who treated the person and subsequently discharged them home.

The chairperson of the Friends of Bantry General Hospital, Declan Hurley, claimed: ‘The events at the weekend are a double edged sword: it means that the hospital is being fully utilised, which is a good thing, but it also means that Bantry, as a smaller rural hospital, needs more support.’

‘It is looking like the hospital will need further support from the HSE to deal with the increased numbers availing of the hospital’s services,’ he added.