THE ‘Recharge’ suffix used by Volvo cars can be somewhat confusing. Initially used for any version of one of its models that had an electric drive component, it could mean petrol-hybrid, plug-in petrol hybrid, or a fully electric car.

The C40 Recharge is that last, and unique so far in the Volvo range in that the model is only available with battery-electric power.

I’ve reviewed the C40 Recharge before, earlier this year. And also the XC40 Recharge, the electric version of the company’s compact SUV, as well as the related Polestar 2.

They share powertrains, interiors to a great degree, and infotainment interfaces. So my recent stint with the C40 Recharge brought very familiar impressions. The reason for my revisiting the particular model was its powertrain, this time a single RWD electric motor instead of the AWD dual motors of my C40 of earlier this year. 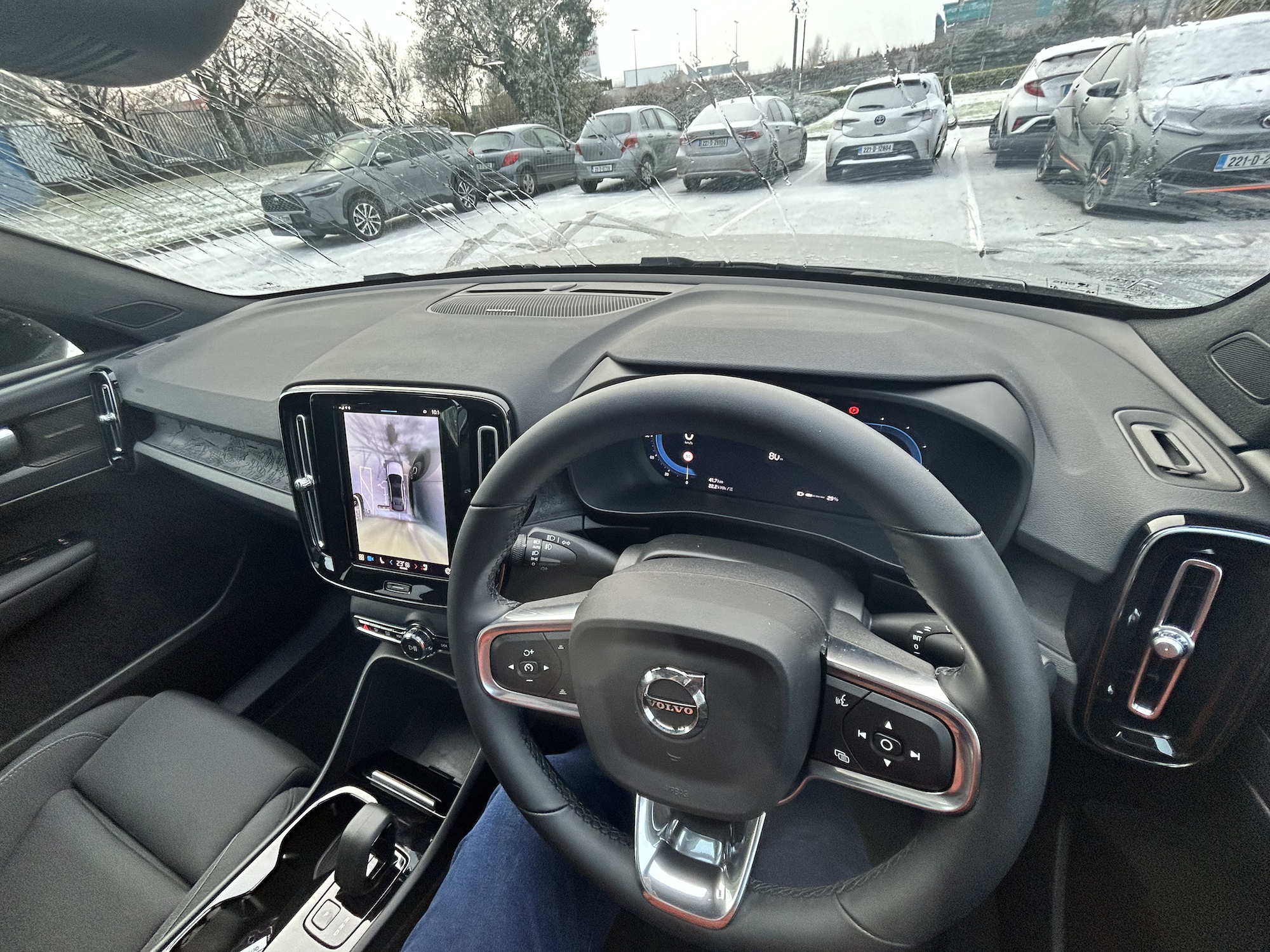 The C40 Recharge is essentially an XC40 with a coupe rear end, a format that has become an almost de rigeur variant within the SUV classes. As I reported on the VW Taigo last week, sometimes it works, sometimes it doesn’t (it does on the Taigo, you may remember). For the C40, yes, I think it pretty well does too. It’s lower than the XC40 stablemate, I think also with a lower ride height. And the car is a little shorter and narrower. So overall it doesn’t look like a mere roof chop job. A couple of sculpted bits on the rear roof, which presumably help with airflow, also add pleasant visual detail. The longer you look at the car, the more pleasing it is with the blockiness of the SUV style eliminated.

There are compromises, of course. The slope of the roof means a bit less airiness than the SUV gives for rear passengers, and the boot capacity is  significantly diminished though still decent. The rest of the interior has the classic simplicity in design and trim as in all the brand’s current offerings, and in the same high quality. The centre screen feels small compared to a lot of what’s out there now, but as a positive requiring less time and head turning to understand information. Speaker volumes are adjusted by a nice big centre knob. Navigation and voice actuation of various functions is by the Google-developed system which is simple and seems in practice very effective. All seats are comfortable. On the review car there was also a very nice detail on the dashboard trim and repeated on the doors, of a stylised map in relief of the Göta älv river in Gothenberg as it flows through parts of the city. It was somehow much more characterful than the usual run of trim pieces.

As mentioned, this car had the single-motor powertrain. Which means a couple of things, not least that it takes around €5,000 off the price. There’s also a substantial reduction in power, from 408hp to 252hp. To my mind, this is no big deal — the single motor machine has absolutely plenty of adequate punch. The smaller output car also gets you further on a full charge. The rated range is 525km, and it makes sense to trim real-world expectations to 80pc of that. One little thing, Volvos don’t give you an indication on the instrumentation of how many kms are left in the charge, just a battery percentage level. Might be clever, because it reduces potential complaints over actual distance travelled, compared to estimated range. But on balance, I’d like to have that estimate ....