I REMEMBER driving my first hybrid car, just over 20 years ago. The Toyota Prius had just gone on sale in Europe and I was on a day trip to drive the car from Aachen to Brussels. The car itself was unremarkable in looks, a little mysterious in operation. But it was a groundbreaker as the first mass-produced car with combined electric and petrol motors.

That Prius of 2001 — it had launched in Japan a few years earlier — became the flag-carrier for a powertrain system that is now used in some form or another by almost every major carmaker. More relevant to this piece, it is available or standard in all mainstream Toyota passenger cars. Including the Yaris Hybrid I’m reviewing this week.

It’s the fourth generation of the Yaris, rolled out in 2020 and garnering the European Car of the Year 2021 title. Probably deserved that for the style transformation alone which elevated a fairly humdrum supermini into a sexy ‘I want one’ position.

There’s something ‘let’s go’ about the design. Long bonnet, wedge with curves overall. A car that, if it could tell you, does not want to be left parked in a driveway. The two-tone black roof versions are particularly smart, but even the mono-colours, including the white one I had, are quite striking. And, though the front end has elements that could be considered aggressive, it doesn’t intimidate.

Getting in is, oh joy, no problem for this tall writer who regularly has issues on this with even bigger cars. No scraping my head through the door opening. It’s a comfortable space once in, too, with a nice finish to the dash and trim, easily understood instrumentation graphics, and buttons and knobs where they should be in addition to the touch-screen attributes. I suppose I could look for more colour in those graphics, but you do get plenty of that when you hook up your smartphone.

Room in front is good, a little less so in the rear, but enough for the normal needs of those this size of car is aimed at. A small enough boot is nevertheless well shaped and finished.

The hybrid powertrain is Toyota’s latest system, with a 1.5 petrol 3-cylinder and a double electric motor system along with a higher-capacity lithium battery than before — though it is smaller and lighter. Higher output and better regeneration further improves the overall efficiency and the car drives in EV mode more than did the previous version.

It goes without saying that the various modes of the hybrid powertrain do their thing seamlessly.

Being by nature automatic, it’s an easy drive in all conditions. I found on longer runs that include motorway, around 25pc of the total distance the car was in EV mode. But in urban conditions, that flipped up to 80pc electric mode. Which felt good, because my travel wasn’t impacting seriously on local air quality. Also good because I was motoring frugally in fuel terms.

There’s a bit of a jump in price between non-hybrid and hybrid versions, but that’s easily justified by the automatic, and by the extra conveniences that come with it, including push-button start, auto climate and electronic parking brake. My Luna Sport grade also added 16-inch alloys, digital speedometer, and privacy glass.

What’s the ad slogan at the moment, ‘you’ll never take a wrong turn with Toyota’? Yep, I think that does apply to the Yaris Hybrid. 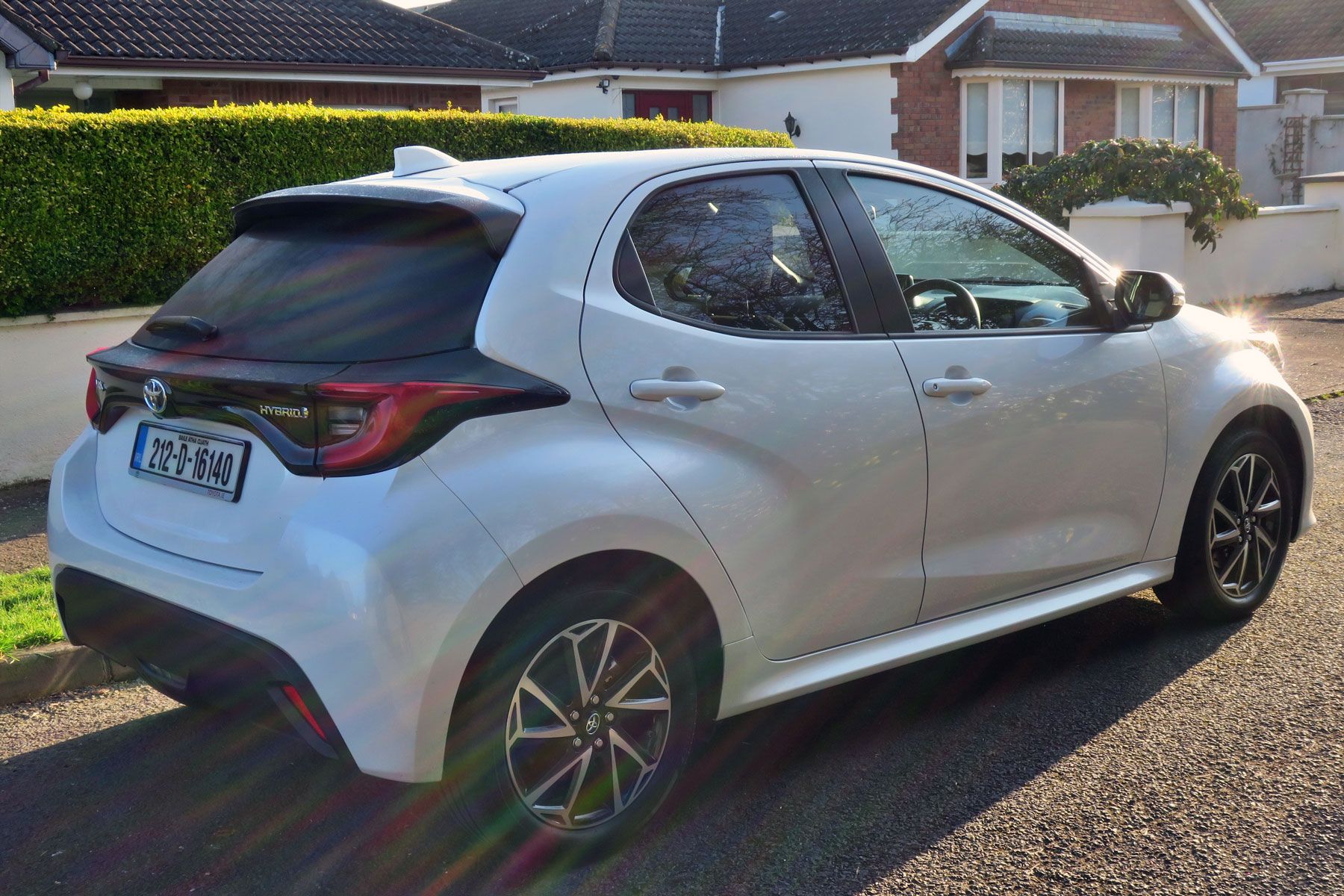 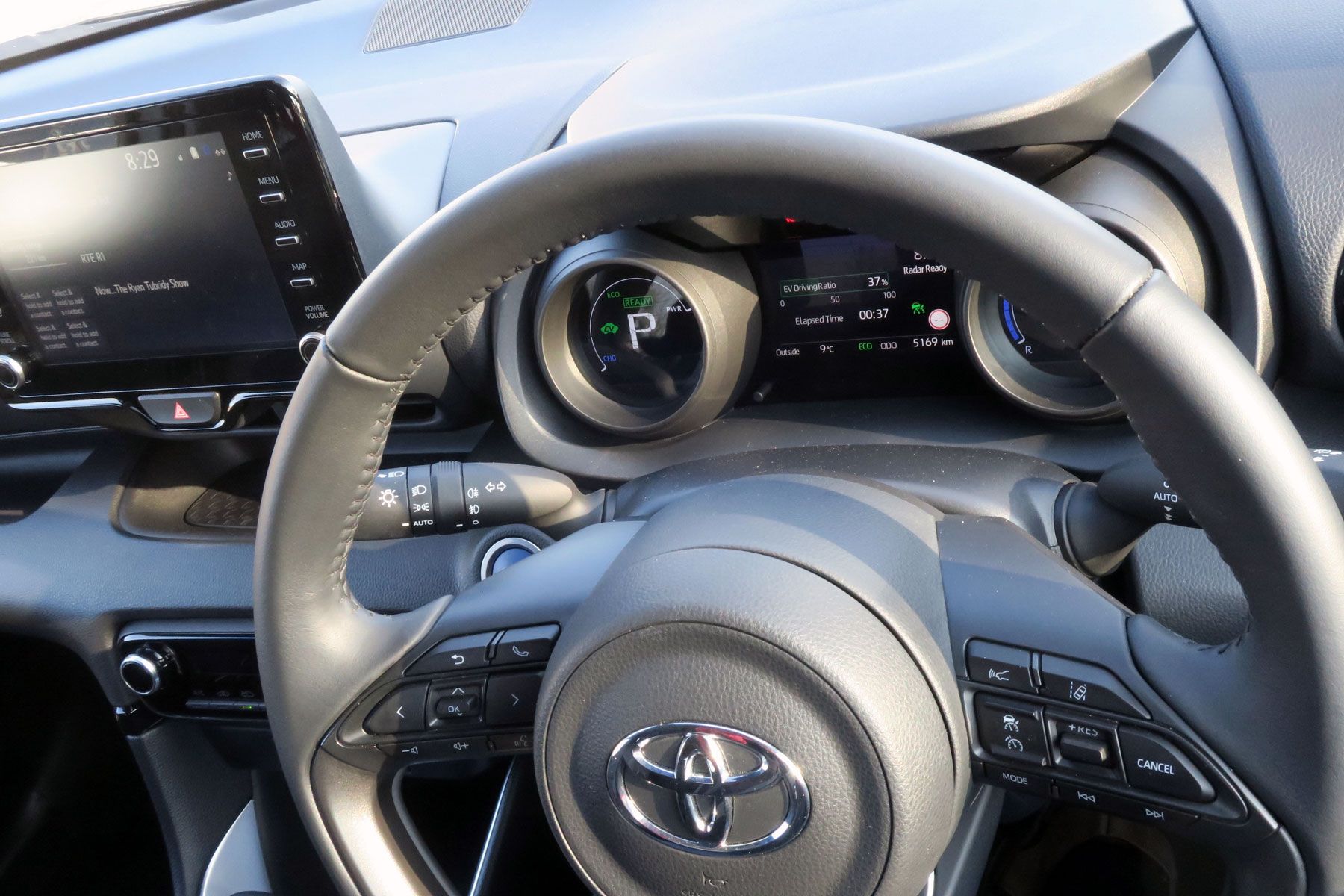