IF you listen to the radio at all you can’t be unaware that the Ioniq 5 is currently Ireland’s best selling electric car.

And that it has won awards.

The latest, as I write, are the World Car of the Year 2022 and associated categories World Electric Vehicle of the Year and World Car Design of the Year, as recognised by a jury of 102 automotive journalists from 33 countries around the world.

It didn’t win the Continental Irish Car of the Year 2022 accolade, but it was only a very few points behind its corporate stablemate Kia EV6 in the category placings which saw the Kia get the nod to the final, which the EV6 eventually won, and later also the European Car of the Year 2022.

But overall, pretty well a clean sweep of everything going for the Hyundai-Kia group.

Twins under the skin they might be, but the two cars have distinctly different exterior styles. A recent living with the Ioniq 5 for a week gave me the chance to appreciate its clean lines and sharp cut.

To my view it has a sportier aesthetic than its Kia rival which tilts very much towards the luxury.

There are interior differences, too. Relatively minor, actually, but some are worth noting. Like the between front seats space, which in the Kia has a long armrest-cum-storage thingie and in the Ioniq is almost barrier-free.

The dashboard section housing the screens in the Hyundai is an off-white colour which in my first drive I thought looked a little cheap but later grew to like a lot.

The primary instruments in both cars are of a similar design, stylised graphical indicators of power and recharge on one side, and of speed on the other along with a digital readout.

I’d have preferred something more analogue, really, like in the Tucson or Santa Fé. Also, the under-screen extra touch bar for climate is very low down.

Needing longer glances away from the road to operate. Regulars will know me and my views on distraction effects of touchscreen-type controls in cars. This gizmo doesn’t help at all.

The interior ambience is otherwise a class act. Quality. Room. Comfort for five full size people. And space in the boot for all the stuff they might need on a trip. 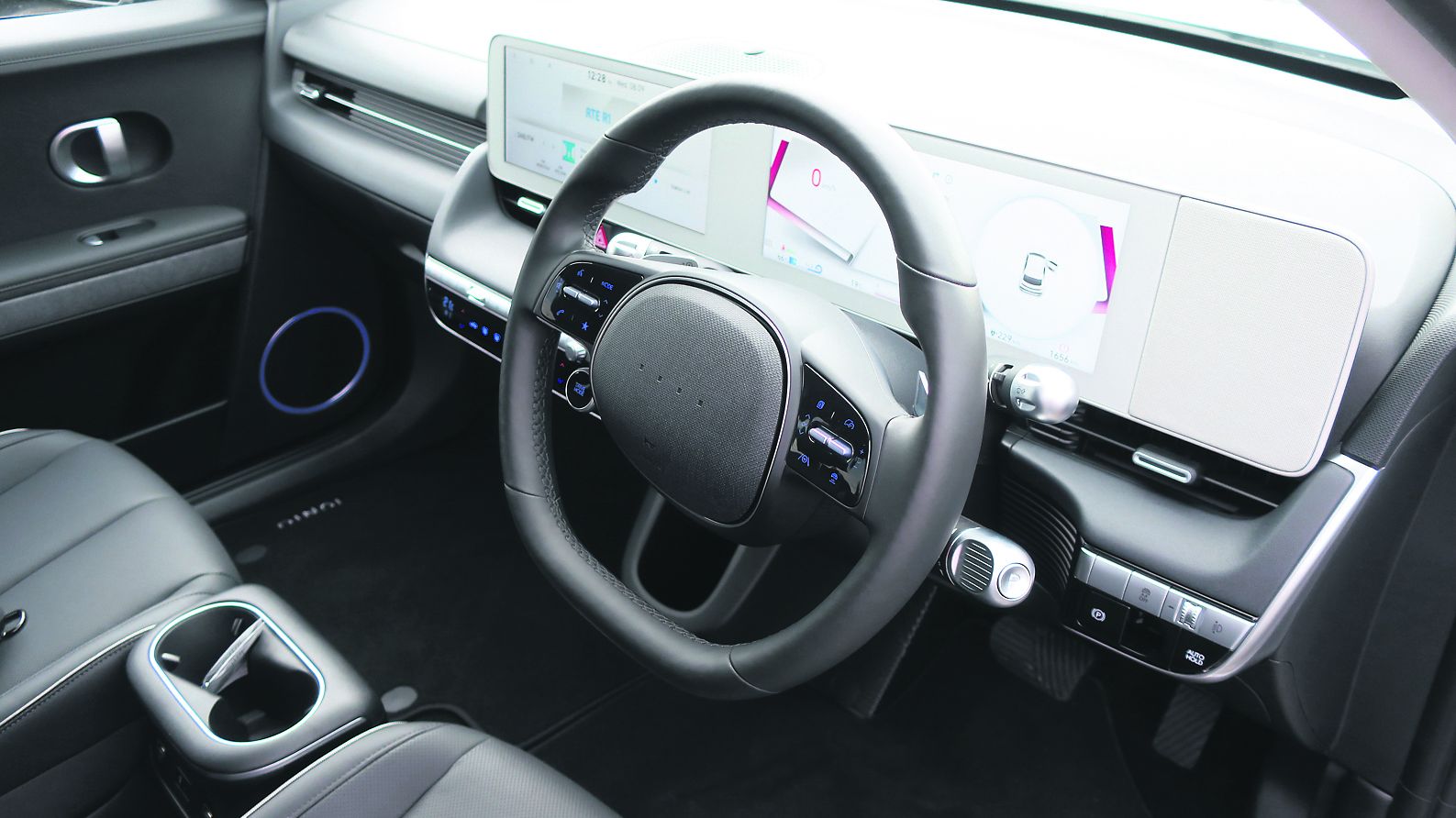 The review Ioniq 5 came with the relatively smaller battery of the two available, but the range was still of the order of 380km. Over the week of mixed driving that proved to be fairly accurate. The system has the capability to have a recharge from 10pc to 80pc in an hour at a 50kW public fast charge point. In a much shorter time with faster chargers.

And here’s a thing learned from my experiences with electric cars over the past year. Not having my own home charger, I’ve been doing the ‘up-to 80pc’ thing at the service station, then leaving the cars plugged in overnight to my external 13A socket.

That last 20pc, the slowest section at any charger, is easily topped up while I sleep. So every morning I can leave with a full battery. Plus, by effectively trickle-charging the top up, it doesn’t impact on the longevity of the battery capacity.

As I’m considering strongly going electric for myself, working these things out has been useful.

It won’t be an Ioniq 5, though. Too big for the needs of just two of us long past the stage of having family living at home. But for the family which does need the space and size, the big Hyundai does successfully make a case for consideration.

Given the numbers sold here since it was launched last autumn, it’s a case that is winning buyers. 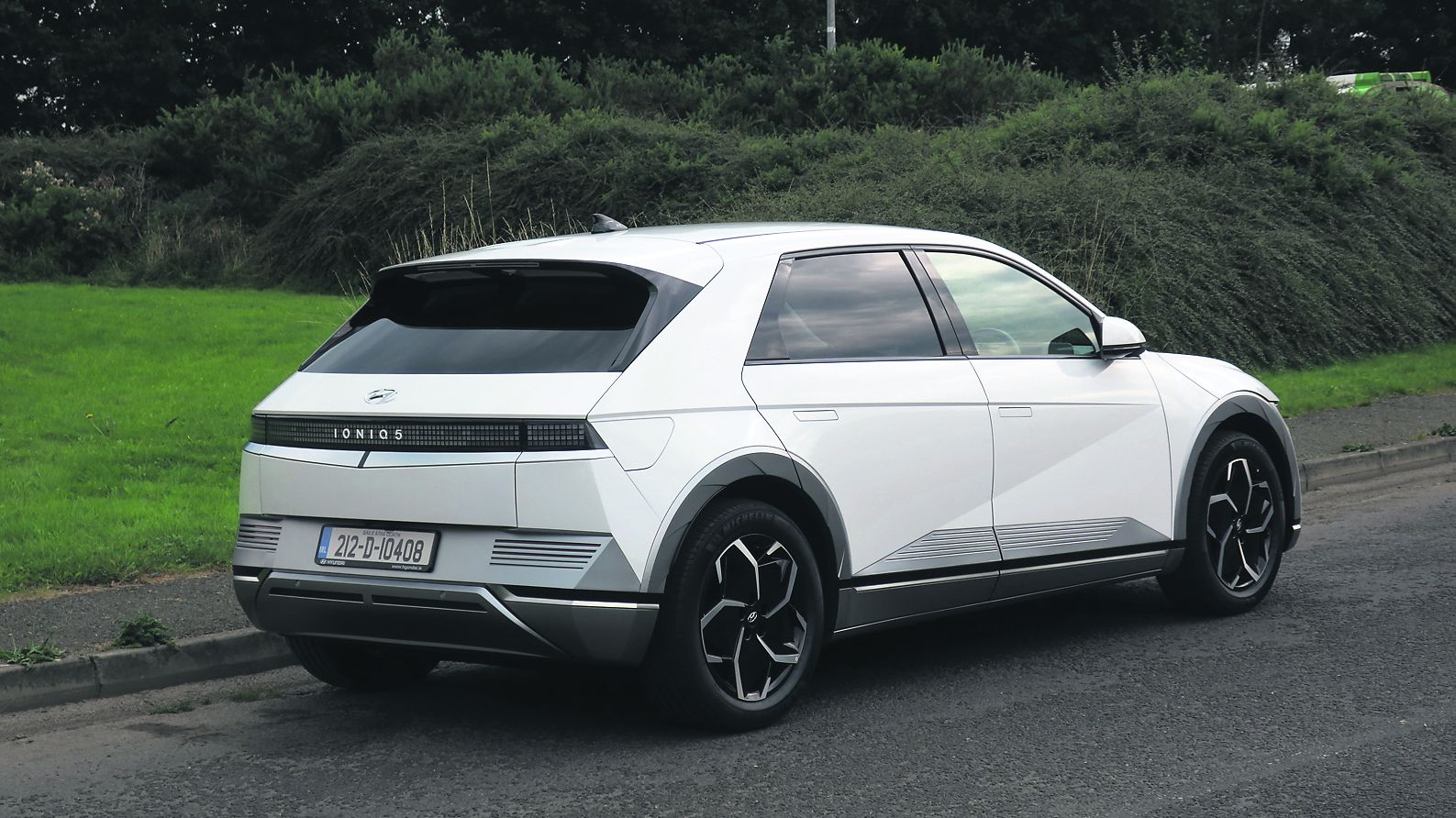