Sophie Toscan du Plantier, bottom right, is said to have visited Three Castle Head shortly before her murder where it’s believed she saw something that scared her. A ghostly White Lady is said to haunt the area. If seen by someone, legend says it’s a sign of imminent death. (Photo: Dennis Horgan)

Sophie Toscan du Plantier is said to have seen, or felt, the presence of the fabled White Lady when she took the popular walk to Three Castle Head in the hours before she was brutally murdered. Niamh Hayes teases out the story behind this tragic woman who, if seen, is said to mean imminent death.

‘Mostly the lake is still, silent and bottomless, but on wintry days, the force of the wind coming in off the Atlantic Ocean raises a froth on the lake that can appear like the White Lady, who is said to walk the lake. And it’s best you don’t see her, cause if you do, you won’t see another day’.

That is a quote taken from Jim Sheridan in his Sky documentary, Murder at the Cottage. 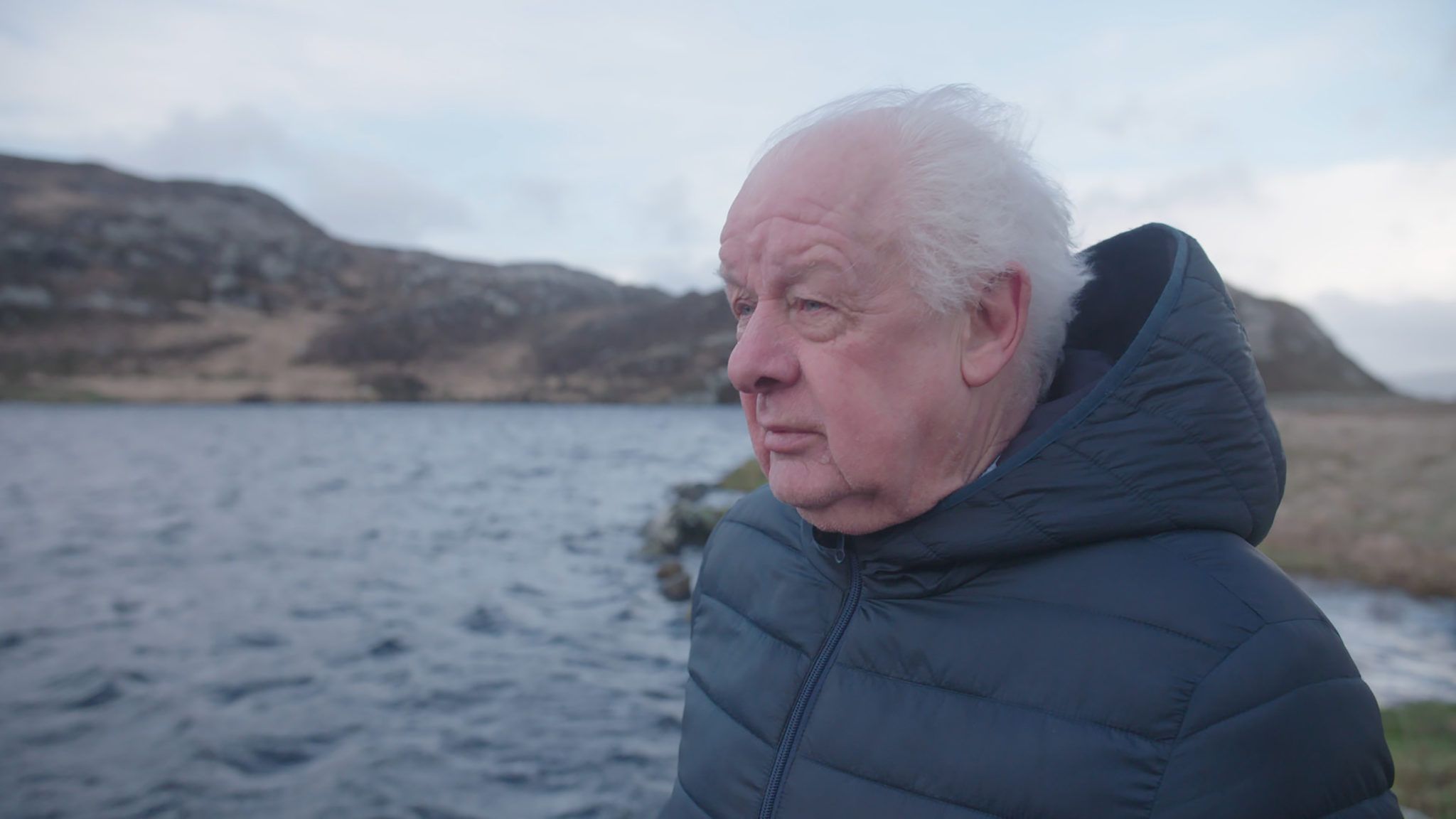 Jim Sheridan at Three Castle Head for his Sky Crime series, Murder at the Cottage.

Jim is talking about the mythical White Lady, or Lady of the Lake, that allegedly appears at Three Castle Head on the Mizen peninsula.

Reports suggest that Sophie Toscan du Plantier might have seen her, or at least felt an eerie presence, on her last trip to the headland, the day before she was murdered.

‘She saw something terrible, and it scared her,’ Sophie’s aunt, Marie-Madeleine Opalka, says in the widely-seen documentary.

Tales of the ‘White Lady’ are found right across the country, as well as further afield.

A prominent one is the White Lady of Charles Fort in Kinsale.

A heartbroken bride threw herself off the clifftop after finding out her father, the governor, shot and killed her new husband in a case of mistaken identity on their wedding day. She is said to roam the area in her wedding gown.

Shane Lehane is a folklorist and works in UCC and Coláiste Stiofáin Naofa. He says that the White Lady is always related to water.

‘It’s a phenomenon that occurs specifically in coastal areas where there is a combination of sea spray, mist, vaporisation, moon reflections, lights and lighthouses,’ he says.

‘The White Lady is usually in a wedding dress or in a white, flowy dress,’ adds Shane.

This ties in with the legend of the White Lady at Charles Fort in Kinsale, but could a similar event have happened at Three Castle Head?

Dunlough Castle was originally built in 1207 by Donagh na Aimrice O’Mahoney, but what remains today is dated much later.

The three towers that remain standing give rise to the name, Three Castle Head.

A sept of the O’Donoghues is said to be the last family to live there and they allegedly all died in tragic circumstances, either by murder or suicide.

Legend has it that a drop of blood falls in the tower by the lake daily.

Is the White Lady one of those ill-fated O’Donoghues who died tragically and still roams the scene?

‘The wall at Three Castle Head looks as if it goes down underneath the lake, below the threshold,’ notes Shane.

The Lady of the Lake, another mythical character, is said to live in an underwater castle in a lake.

‘Where lake and sea meet, that is something special. Particularly a place where freshwater and saltwater meet, that is a significant place and a big deal in mythology,’ he adds as he thinks about the lake sitting almost on top of the sea at Three Castle Head – or indeed the tale of King Labhra Loingseach with the Donkey’s Ears on the castle in Lough Hyne.

Shane says the White Lady is generally always related to a lighthouse, with the light being cast on an area of land where you can’t necessarily see the origin, and therefore creating an illusion.

However, former lighthouse keeper Gerald Butler has never heard of the phenomenon.

‘I never heard of the White Lady. The Mizen Head and Sheep’s Head lighthouses were late established.

‘The light from the Fastnet Lighthouse wouldn’t hit Three Castle Head and I think the light from Mizen Head was cut off at a certain point, so that it wouldn’t shine onto the land,’ adds Gerald, who spent time working on both of these lighthouses.

However, he does think that the light from Sheep’s Head may at least shine near Three Castle Head. Local historian Jim O’Meara has also never seen the White Lady.

‘I never met her personally. It is a beautiful place, but it does have a strange feeling. When you go up there, when you sit around, you think of the people that were there before you, that went before you. It is an iconic sort of place. ‘At other castles, you don’t get the same feeling that you get up there,’ says Jim.

Whether Sophie saw something there on that December day in 1996, we will never know, but whatever events took place at Dunlough Castle and Three Castle Head in the past, certainly appear to live on in the air that surrounds the headland.