A good quality of life must be enjoyed by all residents, regardless of their care requirements, says Tadhg.

West Cork man Tadhg Daly reflects on being at the helm of Nursing Homes Ireland during a global pandemic.

On many the occasion during the pandemic, head of Nursing Homes Ireland Tadhg Daly, admits being reduced to tears.

The Drimoleague man said that while death is a feature of nursing homes, it was very different when Covid hit, deaths increased and no one knew how or when it would all end.

‘It was heartbreaking across all sectors of society, but from a nursing home point of view with the high death rates and the restrictions on visiting it was very hard,’ he said.

There were 5,000 deaths from Covid in this country and 50% of those were from the nursing home community.

‘Cases were so rampant at one time, and people were working so hard, but we were just unable to keep it out,’ he said.

‘It was incessant in the first few weeks. There were lots of low moments for sure where I asked myself  “what more can we do?” and “how will we get on top of things?”’

Before that he worked in a national development role with the ISPCC and Childline for 14 years. 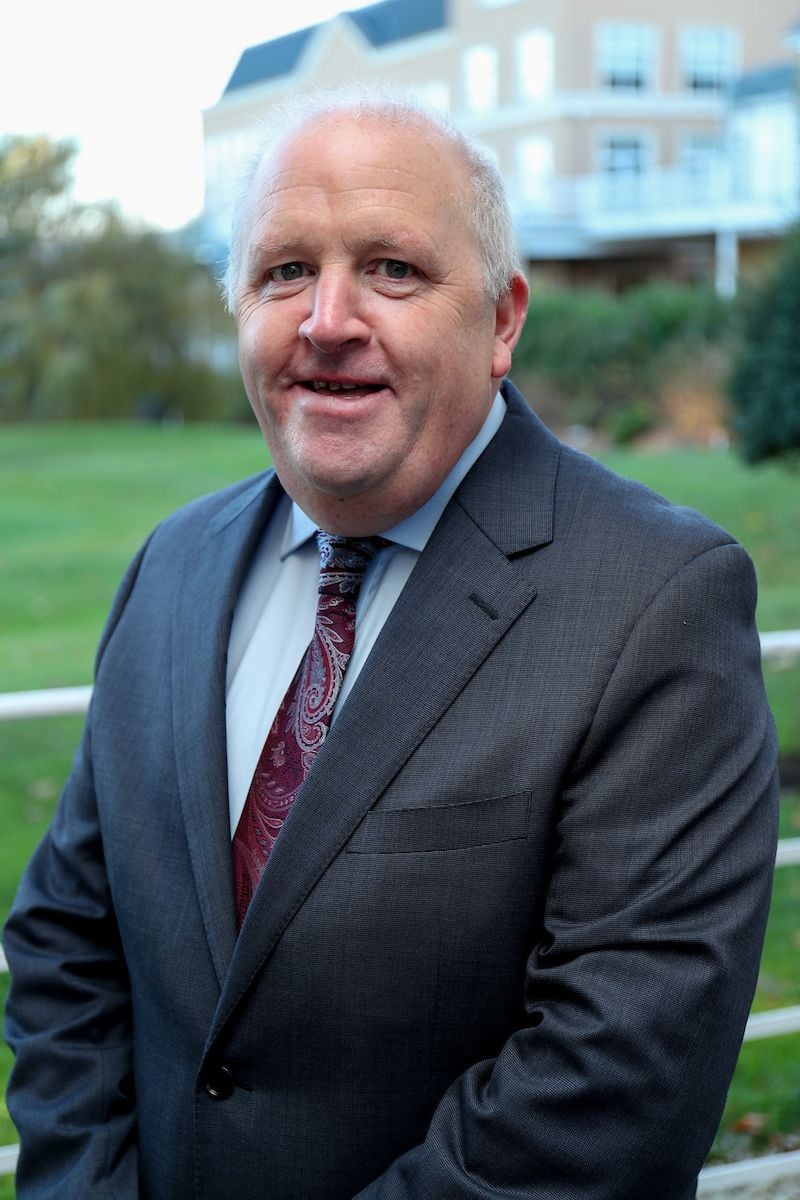 Head of Nursing Homes Ireland, Tadhg Daly felt the government’s focus was almost exclusively on the acute hospitals sector at the beginning of the pandemic.

When he first started out, there were four nursing home organisations in the country, but by 2008, under his leadership, it had morphed into one strong representative organisation, NHI.

There are 550 nursing homes in total in the country. Some 110 are public and of the 440 private and voluntary, 418 are members of the NHI and his job is to represent their interests.

Following confirmation of the first case of Covid-19 in Ireland, NHI took an immediate and proactive approach to support their residents; and on March 6th 2020 they recommended the introduction of nationwide visiting restrictions.

Looking back, Tadhg admits the early weeks now seem like ‘a haze.’

And without wishing to sound ‘overly critical’ of the government, in the early days of the pandemic, he felt the focus was almost exclusively on the acute hospital sector, and ensuring they were ready for a surge.

‘Then when the surge happened it was in nursing homes. But it was a measure of the sector that we could cope and that there was no mass transfer to hospitals and there was good end of life care.’

Once the NHI got to the table with the Health Minister from March 30th, engagement with government improved, he said.

Some 18 months on, thankfully through the high uptake of the vaccination programme, visitor restrictions have been lifted and with the exception of some isolated cases, a ‘new normal’ has descended.

That includes a shift from a social care model to a medical care model, introduced and maintained out of necessity.

Some 50% plus of nursing home residents are over 80 years of age which is driving this greater emphasis on infection control.

‘But we still need to ensure that irrespective of the complexity of care needed, a good quality of life is enjoyed by residents too. We can’t forget that.’

The stand out memory for him over the past 18 months was a positive one – and that’s how staff went above and beyond what anyone expected.

‘For me, as close as I was to it, I still struggled to comprehend how they responded. I can remember at the very beginning driving to work and it was so eerie, there was no one on the streets.

‘And then there were all our staff who, despite not knowing what faced them on any given day, were in work, in some cases even living-in. Their commitment and professionalism was phenomenal.

‘I don’t think we can ever fully acknowledge that – and it was right across the health service.’

He recalled being asked in an early interview, if he could envisage a scenario like in some European countries, where the elderly were left to die, out of desperation by staff.

‘I said I couldn’t. Not ever. And thankfully that was borne out.’

The NHI is adamant that the pandemic must be considered as a catalyst for strategic change to the way care is delivered for older persons.

That’s why Tadhg has been critical of delays in implementing recommendations made by the Covid-19 Nursing Homes Expert Panel.

The panel was established in May last year by then Minister for Health Simon Harris, following a recommendation by Nphet. Its job was to see what could be learned from the pandemic and it delivered  86 recommendations.

A year later and with little to no progress made implementing them, the NHI published its own report identifying three themes needed if real post-Covid reform is to happen.

Firstly it called for an integrated model of care for older persons to address ‘the inconsistent, fractured and unstructured access nursing home residents have to community care services.’

Secondly it said the funding model for nursing home needs to be reviewed, ensuring funding is based on an assessment of resident needs and dependency levels.

Thirdly it called for a  nursing home workforce strategy to attract and retain staff in the sector long-term, and to ensure appropriate staffing mixes are maintained to support high quality resident-centric care.

The challenge of private and voluntary nursing homes ‘losing’ staff to both the wider healthcare system and other sectors entirely due to better terms and conditions also needs to be considered, it said.

‘The Covid-19 pandemic has disproportionately affected older people across the globe and has had a profound impact on the nursing home sector in Ireland.

‘Impacts felt by residents, families, staff and providers. Additionally, Covid-19 has exposed weaknesses across our health systems that must be addressed.

‘While the long-term timeline and impacts of Covid-19 are still unknown, it is clear that health and social care services need to plan for future healthcare emergencies and the long-term sustainability of sector,’ the report said.

Tadhg feels that ageism is still very prevalent in this country.

‘I don’t want to be pontificating but there’s work to be done in that regard especially when you think that 65 has become the new 85,’ he said.

But ultimately, what he wants to see is that people have real choice when it comes to deciding their care needs whether that’s day care, home care, step down or nursing homes.