Community man Noel O’Mahony has been a familiar face in Bantry Library for nearly four decades and on the occasion of his retirement he reflects on the past, and looks to the future

ON the occasion of his retirement, librarian Noel O’Mahony not only gave a good account of the changes that have transformed the service but also a good appraisal of how Bantry town has grown and developed over the years.

Noel is not the kind of man to put himself front and centre so he had to be encouraged to give an interview and stand still long enough for our photographer to take a few shots of him in the library he has served for almost four decades.

Noel, a native of Ballymacoda in East Cork, started his career 45 years ago and worked in Bantry for the last 37 years.

‘I have seen lots of changes since the early days of the library service when it was just a book lending service,’ said Noel who could have retired at the age of 60 but he chose instead to retire on January 1st the occasion of his 65th birthday.

‘I didn’t want to retire too early because I loved the job,’ he said. ‘I thought 65 would be a good time to go while I’m healthy and we – my wife Rebecca, my son Eoghan, and I – can still do things.

Travel is just one of many things that the family hopes to do when the Covid dust settles. And Italy is at the top of their agenda.

Exercising a lot over the years – tennis and squash, as well as the fast and furious game of hurling when he was younger – has given him a foundation that still holds good today.

For a man who likes to operate ‘below the radar’ Noel is already actively involved as a volunteer in a number of community projects such as the gold medal winning Bantry Tidy Towns committee.

And later this year, he will be one of the volunteers taking visitors around Bantry as part of the historical tours offered by the local tourism office. 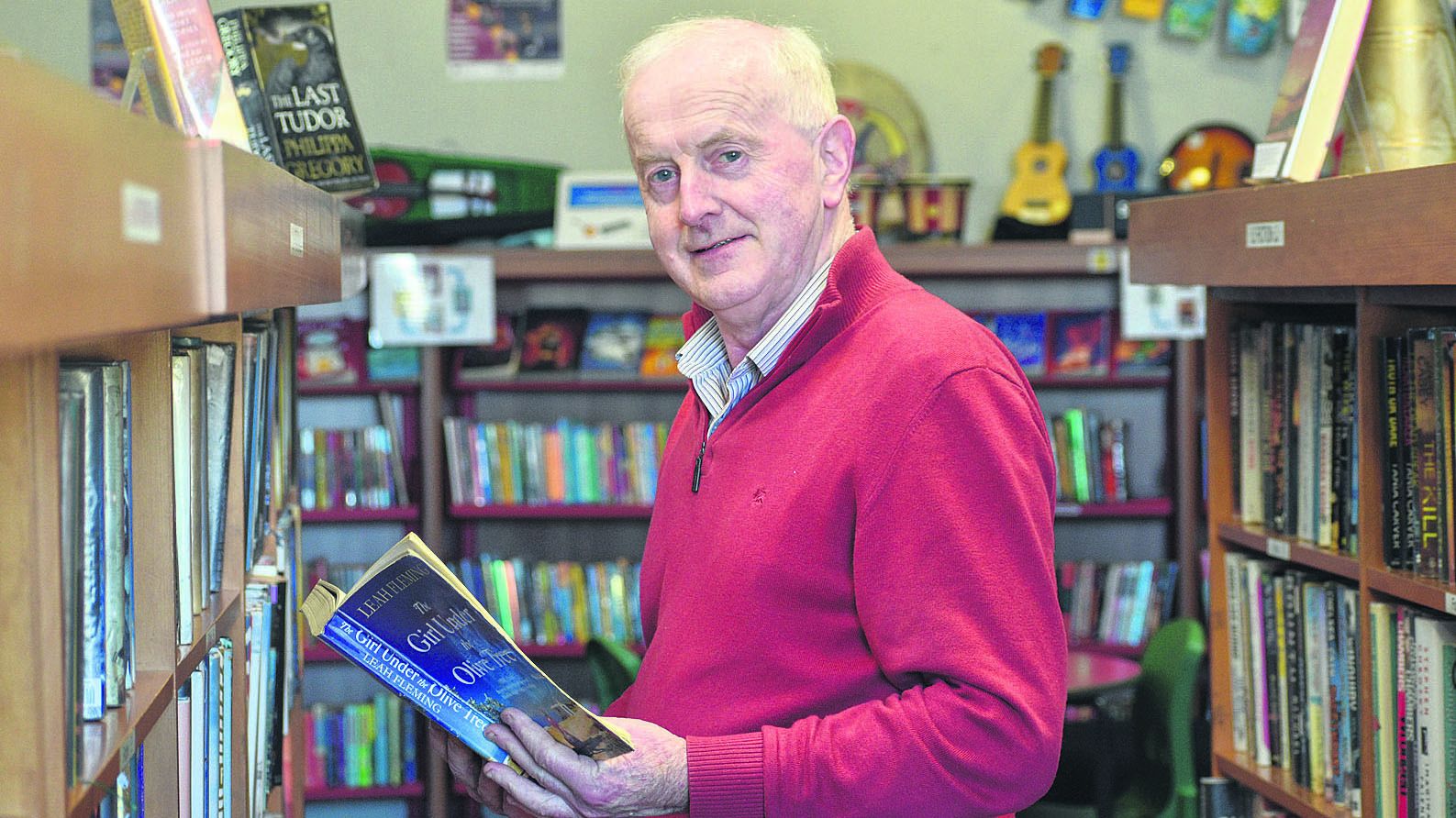 Noel says Bantry will be ‘complete’ when it sorts its flooding problems.

Noel’s character, as a man of the community, shines through in another volunteer role as a driver for the Cancer Connect service – an incredible charity that is humbling in its capacity to provide real, practical support to people when they need it most.

When Noel speaks he bestows praise and credit to others. The Tidy Towns, for example, have, he said, achieved something remarkable for the town by taking gold in the national competition. ‘Today, Bantry is a town we can be very proud to live in,’ he said.

He speaks of the dedication shown by the four members of staff at Bantry’s library service and how they have helped to bring the library into a new era.

Noel said he will continue to meet up with friends for coffee or a pint while he and Rebecca, a retired school teacher, are rediscovering West Cork by taking day trips.

‘West Cork is such a beautiful place and we take it for granted. We would be “oohing and ahhing” if we saw it abroad,’ he said.

Here, Noel has hit a seam and to hear him speak with such obvious affection for his adopted home of Bantry puts its remarkable progression in perspective.

‘Things were bleak enough here in the early 1980s, but that was true of all of West Cork because of the recession,’ he said, ‘but I have seen great improvements in the town over the years.

Back then Bantry’s town square, for example, not only had a chain link fence around it, there were also cordoned off sections due to subsidence – sinkholes that former members of Bantry Town Commissioners frequently referred to as ‘graves.’

The new, bright brick Wolfe Tone Square with its imposing statue of Tone, its historical artefacts, art, its beautiful flower beds and seating, was not without its detractors but there is no escaping the fact that, today, this promenade offers the best vantage point from which to view Bantry Bay.

‘Bantry is one of the best towns in West Cork, or anywhere,’ declared Noel. Why? It’s simple really – it has moved with the times.

The one component that gives Bantry its allure is its proximity to the sea, he said. ‘It brings to the town so many amenities that are water based.’

Diverse new shops and services have added to the appeal of Bantry as a place in which to do business with each component adding a new layer.

‘But having the sea, and Whiddy Island, is a real attraction. I’ve always thought that towns by the sea have a better atmosphere than towns that are inland. And the new marina has added to the town’s appeal.’

In fact, the €7m-plus marina is a perfect example of the positive changes that have occurred in Bantry over the years.

‘If Bantry could just sort out the flooding situation – and I believe that day is coming – the town would be complete.  As it is, businesses can’t go on living on their nerves. They just can’t.’

Taking the library as a microcosm of change, Noel counts the many ways in which it has changed.

‘Membership is now free. There are no fees or fines,’ he said. ‘The thinking behind that is they wanted people not to feel they are going to be charged an arm and a leg for books that were overdue.

‘It was a great idea because we want people to come in and relax in the library because it is a good community space.’

Newspapers and magazines at the library are free. Access to the Irish Newspaper Archive is also free. BorrowBox – which allows people to download books onto their tablet and iphones – is free too. There are no charges for all the latest movies available on DVD which is great for people who don’t ‘do’ streaming or Netflix,’ he said.

These services are available in every library throughout Ireland, but what the Bantry staff did during the Covid-19 lockdown was above and beyond the call of duty.

They provided housebound deliveries to people in remote areas. This was for people who’d typically read a lot of books but couldn’t get into town because of the 5km limit.

‘As librarians we knew what people liked so we would always give people a consignment of books they’d love. And I am glad to say it was very much appreciated because there were some people who were isolated and lonely.

In a town where the population is just under 4,000, Bantry Library has a membership of about 2,000.

It is a good proportion of the population, said Noel who admitted the thing he will miss most is talking to the customers, trying to keep them happy, ‘with book requests and everything else.’

A big part of Noel’s life in Bantry has been the evolution of the West Cork Literary Festival, which started in 1996.

Initially, it was part of the WC Chamber Music Festival and began with lunchtime readings in 1997.

The people involved were Noel, Clem Cairns of Fish Publishing, Francis Humphrys, of West Cork Music, Ian McDonagh the Cork County Arts Officer, and the late Denis Hall, a former journalist. In 2003, it became a festival in its own right and has grown in stature and reputation with each passing year.

‘It always generates a great buzz around the place,’ said Noel, ‘and it was instrumental in putting the library and the beautiful town of Bantry on the map.’