Musician John Spillane marks a milestone birthday, releases a new album and reveals how he revelled in the lockdowns of the past year

MUSICIAN John Spillane is reflecting on a year that’s been traumatic for most of us when we sat at our respective laptops at either end of county Cork to chat about the release this month of his new album 100 Snow White Horses.

‘There was huge shock to begin with, in the middle of last March, at a time that’s normally my busiest, to have all of my work cancelled. But when I got over that initial shock, I had the most wonderful year, I’m not complaining at all,’ he said.

John took the enforced break as an opportunity to re-think his hectic performing career.

‘I’ve been gigging two and three nights a week for years and I was very much on a hamster wheel. I needed the break to tell you the truth,’ he admits.

However, the lockdown wasn’t by any means an idle time for John; his new album, 100 Snow White Horses, his first independent record in 20 years, has just been released.

Inspired by his travels around Ireland, John describes the album as a love song to the Island, the 11 tracks from the album having been as he says, ‘inspired by her poetry and melody, history and mythology.’

The first track released, We Come in The Wind, which has already received extensive airplay, draws on these themes and also beautifully showcases the ethereal voice of John’s long-time musical collaborator, Pauline Scanlon from Dingle Co Kerry.

Her gossamer vocals float above John’s, leading a friend of his to comment: ‘wasn’t it clever of you to use the voice of the Irish fairies on your record!’

The album is an independent release, leading John to design an imaginative Fundit campaign: ‘In order to finance the album, I built a model of a modern bard where I write songs as commissions,’ he explained.  One of the rewards offered funders the opportunity to commission a song from John which covered costs.

The album was produced by renowned UK Producer John Reynolds in his studios in London. The recording was completed in 2019, but Covid put the release back by a year. John takes positives from the delay however: ‘It seems that now is a good time to release the album when people are looking to music, art and literature more than ever during this pandemic and discovering nature in their local area during lockdown.’ 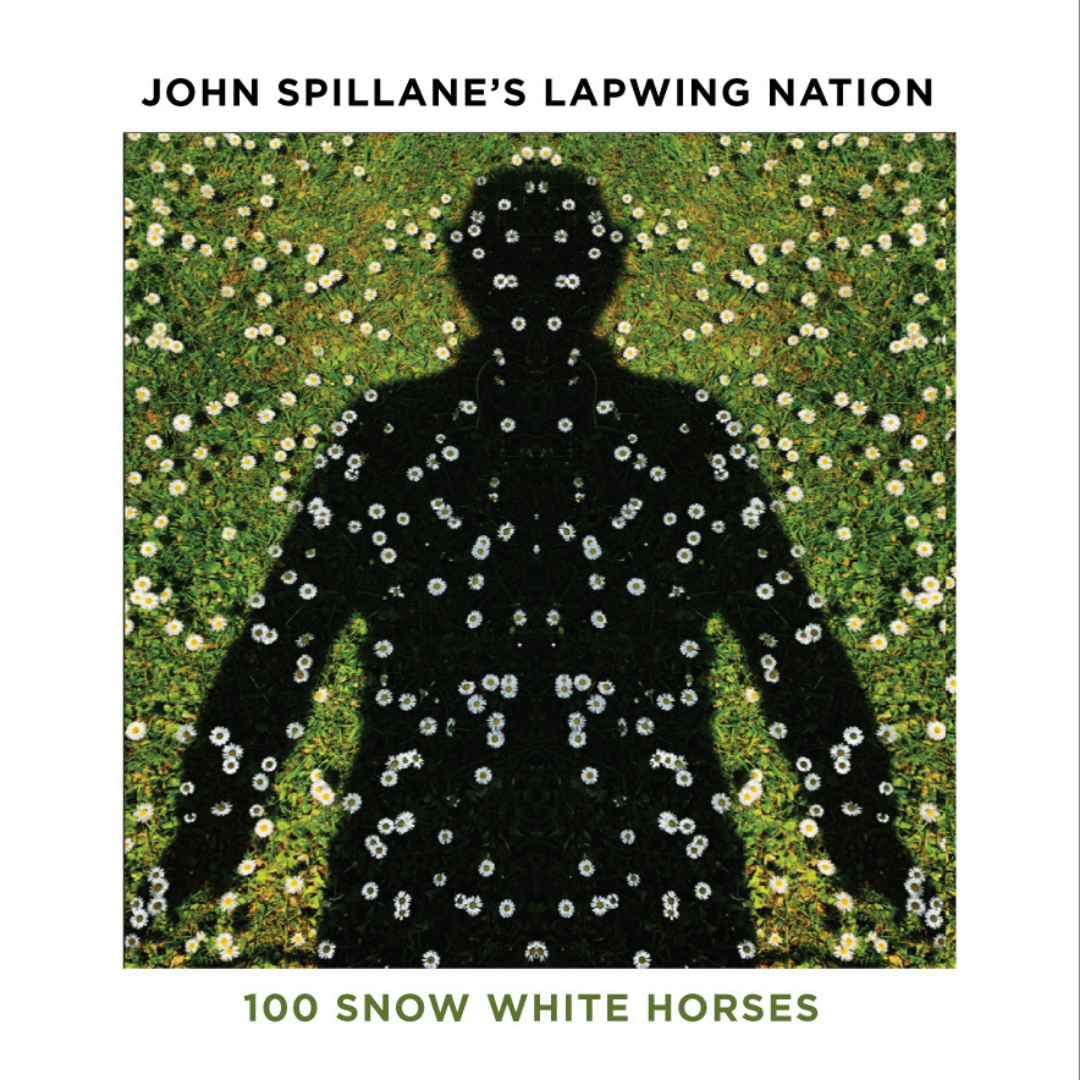 The artwork for 100 Snow White Horses was designed by the legendary UK musician, composer and producer Brian Eno, who John met in London while recording the album .

John turned 60 in January which is difficult to believe on any level. He looks as boyish as ever on the other side of our zoom chat. ‘Releasing this record was a great way to celebrate my milestone birthday – I’m really proud of it and it’s as good as anything I’ve ever done,’ he said.

‘I’m in a very good place, I won’t go back to the way I’ve lived ‘til now, I think I’ll be more copped on!’ he laughs, referring to his previous gruelling gig schedule.

John Spillane is as Cork as it gets, a place he lovingly describes as ‘the centre of the universe’.

Although raised in the city, he has strong West Cork connections. Both his parents were from Bantry, a place he spent all of his childhood summers and other holidays. His father died when he was very young, leaving his mother widowed, with five boys to raise on her own.

‘So from an early age, we were put on a bus to Bantry on the first day of the holidays to spend the summer with my grandmother and uncle, so my mother could have a break,’ he explains.  He spent idyllic summers there – riding horses, saving hay.

‘The only time we got scrubbed up was to go to mass on Sunday,’ he laughs. There was also plenty of music: ‘My grandmother would be at the hob and there was a big open fire in the house, lots of visitors and lots of music and singing.’

He still feels deeply connected to the West Cork town. His four grandparents and eight great-grandparents were all from there too. ‘My family tree is nothing but Bantry!’ he said.

The farm was in the townland of Gortatagort, a place now immortalised by John’s beautiful song of the same name which has also been covered by Christy Moore: ‘I wrote a song about it and the names of the fields in every small farm in Ireland. Christy Moore heard the song and fell in love with it.’

John has had a long-running residency in De Barra’s in Clonakilty: ‘The residency is 19 years going at this stage,’ he said. ‘Clonakilty is a happening town and audiences have remained steady over all of the years. There was even a couple who used to travel religiously from Letterkenny in Donegal every month in their camper van, which was so lovely.’ De Barra’s hosted an on-line performance from John last month which had a large live on-line audience.

Further along the road from Clon, Inchydoney Island Lodge and Spa will forever be associated with John through his wistful voice-over in their radio ad.

‘It came about when I met Ruth McCarthy, the resort’s marketing manager, at a fundraiser in Cloyne,  East Cork, for a house-building project in Africa.

‘Ruth decided that instead of hiring the usual agency voiceover artist types, that I would do it instead. The background music is also mine, from my song There Was a Man.  My wife Cathy and I both love the place.’

Does John have a favourite track from the release?

‘My Dawn Chorus song seems to be having a deep effect on people. The songbirds can no longer be taken for granted. Nature can no longer be mindlessly plundered. Maybe this is the ideal time to release this album.’