Finbarr said he felt compelled to come forward after the garda appeal. And regardless of the outcome, he’s happy that he’s done his best for Hannah.

A Clonakilty woman was relentlessly pursued for child payments while she worked for free in the County Home in the town in the 1950s. Her son is sharing her story after an appeal by Gardai for witnesses to potential crimes that took place in Mother and Baby homes.

A man born in the former County Home (now Clonakilty Hospital) is looking for justice for his mother for the treatment she got there.

Finbarr O’Regan, who was born in the home managed by the Sisters of Mercy back in 1952, has documents which show his mother Hannah was pursued by Gardai for child maintenance payments.

The payments were for her daughter Kathleen, born in 1947, who was being cared for in the adjacent industrial school.

Finbarr said the amount being sought from his mother was two shillings and six pence a week – around €200 a week in today’s money – which she had no means to pay as she spent years in the home working for free.

He’s taken the brave step to share his story after the recent public appeal by gardai for witnesses to potential crimes that took place at mother and baby homes.

This appeal was made last month after gardai concluded they cannot conduct a criminal investigation on the basis of the report by the Commission of Investigation into Mother and Baby Homes.

The commission was established in 2015 to examine institutions, mostly run by religious orders, where unmarried women were sent if they became pregnant. It published its final report in January, and found widespread abuse and high levels of infant mortality. It found women were frequently mistreated or abused and that medical experiments were conducted on infants without parental consent.

Garda said despite having a dedicated team to review the commission’s report to see if it could form the basis for criminal investigations, it contained insufficient detail.

Instead, they’ve now appealed to the public for information and already more than 30 people have come forward including Finbarr.

‘When I heard the appeal I felt that Hannah couldn’t get justice for herself, as she’s since died, so I said I’d try,’ he said.

His story is a sad and painful one to recall. After he left the home in 1956, he went to live with a brother and sister in Drinagh for around 12 months. From there, at the age of six, he was ‘farmed out’ to a farm in the Inchigeelagh area where he stayed until he was 14 or 15.

‘That was with two elderly brothers and a sister, and there was another child there. After that I was sent to a charity-run house in Cork where I was sexually assaulted on my second day, and where I had to stay for around two years,’ he remembers.

When he left at the age of 16, he went on to work in a woollen mills, and then a chemical factory for 10 years. He’s since had a diverse career that saw him work as a bus driver, operate a bread round, and do house removals.

Married to Marian since 1976, they moved for a time to the UK and the US, and are now retired in Ballincollig.

Finbarr, who has some flashback memories of his mother from the County Home, did meet her when he was young teen and again with Marion shortly after they were married.

‘She went on to marry in the UK and have four more children. I think she wanted to whitewash her past out of her life because it was so painful,’ he said.

Marian agrees: ‘When we visited the atmosphere was very cold, it wasn’t a joyful reunion. I think she had put that side of her life to one side, it was too traumatic.’

Hannah passed away in 1996, which Finbarr only discovered seven or eight years ago.

However, he was always aware that he had a sister and successfully traced her with the help of Barnardos.

‘I found Kathleen some years ago. She was living in the North of England. She knew she had a brother, but had been under the impression that I had been adopted. She told me that I also had another sister. My mother had given birth to another baby, her first, Teresa in the County Home in 1944 but she had died from an illness at three months.’

The siblings met and shared their sides of their story.

‘She told me one day she knew our mother was in the so called mother and baby unit in the home and set off with a friend of hers to go and see us. When she got back to the industrial school later that day she was beaten to within an inch of her life,’ he said.

Kathleen has since died from cancer. However, before her passing she was successful in getting redress from the Report of the Commission to Inquire into Child Abuse (The Ryan Report).

Documents she attained as part of that were since given to Finbarr by her solicitor and it’s these stamped and dated documents that show the treatment his mother received at the hands of Gardai for payment.

Finbarr is now part of a collaborative forum on Mother and Baby Homes set up by Dr Katherine Zappone, former Minister for Children and Youth Affairs. Before the pandemic, he was one of 14 members of the forum who met monthly.

He’s unsure of what will come about following his response to the garda appeal.

Making the appeal Gardai said: ‘While it is our intention to effectively deal with all complaints and information received, there will be limitations as to the action we can take in some cases due to matters such as the loss of evidence over time or suspects and/or witnesses being deceased.

‘Where these factors are present, An Garda Síochána will diligently explain such limitations to complainants.’

Regardless of what the outcome is or what happens next, Finbarr is satisfied he’s done his best for Hannah. 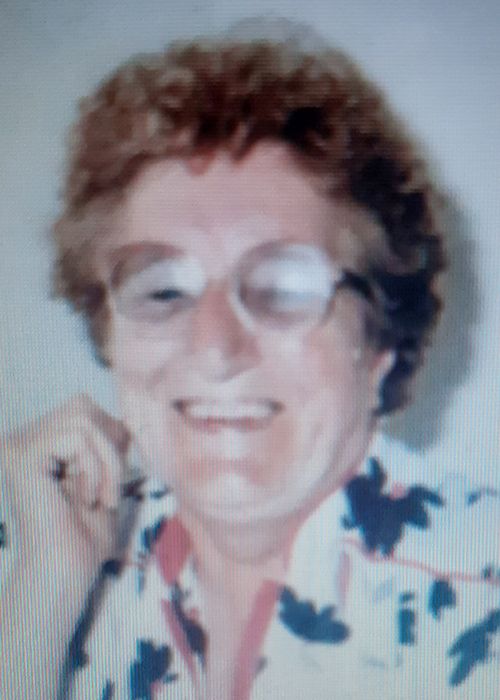