Stereotypes don’t exist for West Cork’s mixed ability rugby squad, where the emphasis is on inclusivity, breaking down boundaries, making friendships, and changing lives for the better

ITS been an incredible year for the mixed ability rugby squad West Cork Jesters, who continue to push boundaries, and ensure no one is left on the sidelines.

The Jesters were set up in 2018 by the formidable Nobby Dunne, an outline instructor with CoAction Bantry, following on from a successful introduction of tag rugby to clients.

Nobby could see there was a wealth of untapped sporting talent amongst these young adults, who were otherwise marginalised, and who had a desire to be part of a team, and an aspiration for real inclusion.

And so the Jesters crew was born, and has since developed into something really special, changing so many lives along the way for the better.

With players from Kilbrittain to Kenmare, and everywhere inbetween, Jesters’ teams play full-on contact rugby aided by experienced players, some who act as shadow players, which allows everyone, with whatever type of ability, to participate.

From the outset in 2018 the squad was training towards participation in the Imart  Mixed Abilities Rugby World Cup which took place last June in Musgrave Park.

Hosted by the Sundays Well Rebels it attracted over 1,100 players from all around the world.

At this point they had a full men’s squad, said Jesters pro Sue Nicholson, but to participate in the World Cup their ladies’ squad joined forces with the Ballincollig Trailblazers, with great results.

‘They were so welcoming and new friendships were immediately formed.

‘Since then we have formed our own Jesters ladies’ team, the second only in the country, and are also working towards an underage team,’ she said.

Sue’s daughter Jess plays with the squad, and she said the Jesters gives ‘so much to so many people.’

‘It allows everyone to shine in their own way, it’s just phenomenal,’ she said.

‘Its inclusivity is rare within the team sports fraternity. It affords exceptional opportunities previously never experienced by so many less able players,’ she added.

It is providing the most wonderful opportunities never offered before to people with various levels of ability, not only on the sporting side of things, but it provides a wonderful social outlet also.

Nobby, who last week won a community champion award from Cork Sports Partnership, is skilled at bringing people along with him on the Jester journey.

‘I make sure no one is left on the sideline!’ he said.

That includes parents and siblings of players, and if they’re not on the pitch themselves, there’s a multitude of other roles for them, from driving to administration.

That’s what motivates him, along with wanting to smash  stererotypes.

‘I love to see people getting excited and involved, and making memories,’ he said.

He doesn’t see boundaries, and detests stereotypes. He says he’ll do whatever the group wants to do and that includes boxing. Last August, a mixed abilities boxing squad starting training out of Drimoleague, another first for West Cork, and Ireland.

Around 30 people meet in Drimoleague hall ever week now and the plan is to roll it out to other hubs in the region.

Meanwhile, the rugby players are encouraging other people to get involved.

The men’s team captain Martin Dullea said being involved was a great way to meet new people, and he urges anyone, including experienced players, to come on board and see what it’s all about. 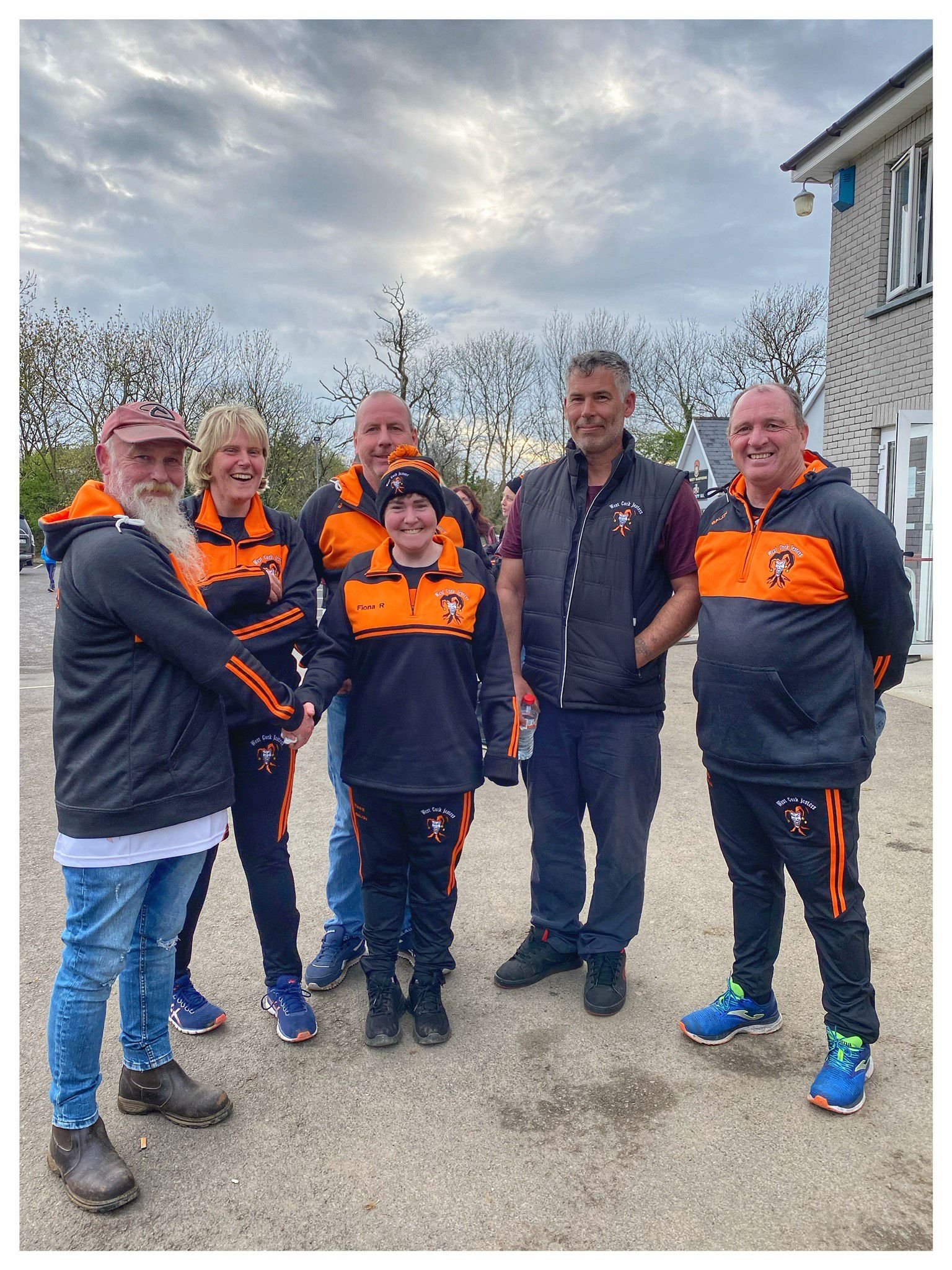 Tina Melia, whose son Tommy is on the autistic spectrum, said he was a different boy since getting involved.

‘He never played team sports before this and he now also plays rugby with Bantry Bay.

‘He’s found something where he can take part, and he feels so happy and confident. He’ll always be a Jester.’

She said a lot of people on the spectrum can be solitary, but she encouraged them to come along and meet like-minded people among the Jesters.

Tommy (15), said being involved with the group has boosted his self-esteem ‘infinitely.’

‘It has changed me completely for the better.

‘I’ve made friends, it feels like being part of a family, it’s brilliant in every way, for the mind and body.’

Head coach David Lee agreed, and said it has been extremely satisfying to give something back to the community, and help people achieve their different goals.

‘I’ve met a wonderful group of people who, in a normal course of events, I wouldn’t have come across, and that has been fabulous,’ he said, highlighting the camaraderie across the board. 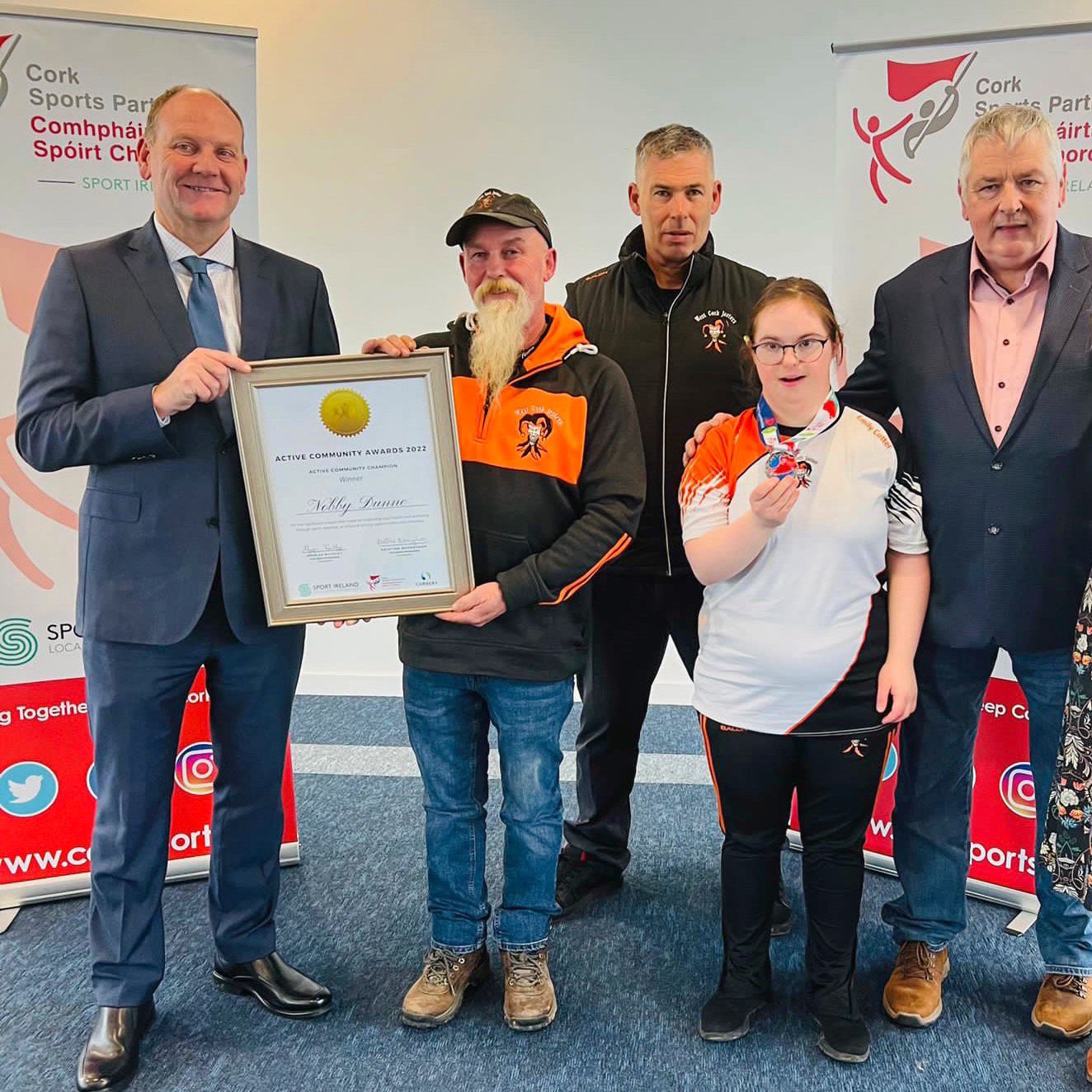 He said there was a role for everyone in the Jesters, regardless of shape, size, ability, disability, age.

‘The more West Cork Jesters, the better!’ he said.

Sue agreed: ‘It’s beyond heartwarming realising how much the presence of the Jesters squads are adding to the community.

‘So many of our participants have never before had the opportunity to play sport within a team, and some not at all.

‘Many have not been able to form many friendships, or felt accepted, most have little or no social outlets.

‘It’s not just the keeping fit, living a healthier lifestyle through participation in a sport, it’s that feeling of being part of a community, part of a team, and surrounded by friends.

‘We all view the Jesters as a “family” – a supportive non-judgemental family.’

What’s next for the West Cork Jesters?

‘We have a list,’ said Nobby. ‘And motorsports is on it!’