Clodagh Lynch celebrating her recent 21st birthday with her parents Joan and Gene and brothers Eoin and John. It’s an occasion she may not have seen had it not been for the Irish Community Air Ambulance.

Clodagh Lynch suffered a sudden cardiac arrest while chatting with her mum in their garden. If it wasn’t for the Air Ambulance she’s certain she wouldn’t be alive today, which is why she no longer takes anything for granted.

A YOUNG Bantry woman’s brush with death means she no longer sweats the small stuff and doesn’t take anything for granted.

Clodagh Lynch (21) is quite certain she wouldn’t be alive today if she hadn’t been airlifted to hospital by the Irish Community Air Ambulance, after suffering a cardiac arrest in her garden last summer.

Naturally Clodgah remembers very little of the traumatic incident which took place on May 30th 2020. At the time she was 19, studying Marketing and Entrepreneurship in UCC and had just finished her end of year exams.

‘I was out on the lawn at home in Ballylickey with my mom Joan. We were sitting down chatting when I just suddenly stopped talking,’ she said.

Obviously Joan’s memory of that traumatic afternoon is chillingly clearer.

‘We were just sitting outside in the sunshine when she stopped talking all of a sudden. First I thought it was heat stroke. Her head was down and her tongue was sideways. It was like she had fainted. I caught her and she was a complete dead weight and I lay her on the lawn,’ she said.

A psychiatric nurse at Bantry General Hospital, Joan said she went into fight or flight mode.

‘I didn’t have a phone with me but I didn’t want to leave Clodagh. I just said to myself “please let someone pass by”. Our farm is around 100m away and I heard a car starting and by the luck of God, it was my son, who drove by us. I started waving my hands and he just happened to look in, he could easily not have. I’m convinced someone up there was looking out for us,’ she said.

‘Within minutes he had the ambulance service on the phone to me and I started CPR,’ she said.

As a nurse Joan is retrained in CPR every two years and she has always been a big advocate of people being taught the basic skill in Transition Year.

‘I’m convinced if I hadn’t been beside her when this happened she was gone,’ said Joan.

‘The sound of the Bantry ambulance arriving shortly after was just the best thing ever. I was able to slip out of nurse mode then, and the shock of what was happening hit me. It was surreal. I know Clodagh doesn’t remember, but I’ll never forget it.’

The air ambulance arrived from Rathcoole, North Cork, within 13 minutes of being alerted.

When they arrived Clodagh didn’t have a heart beat and eight shocks were administered to her, before she was stabilised and rushed to CUH.

Joan and her husband Gene made the ‘agonising drive’ to CUH where they didn’t know what faced them.

Clodagh was put in an induced coma for 10 days and spent six weeks in hospital recovering, after being diagnosed with Myocarditis, an inflammation around the heart. 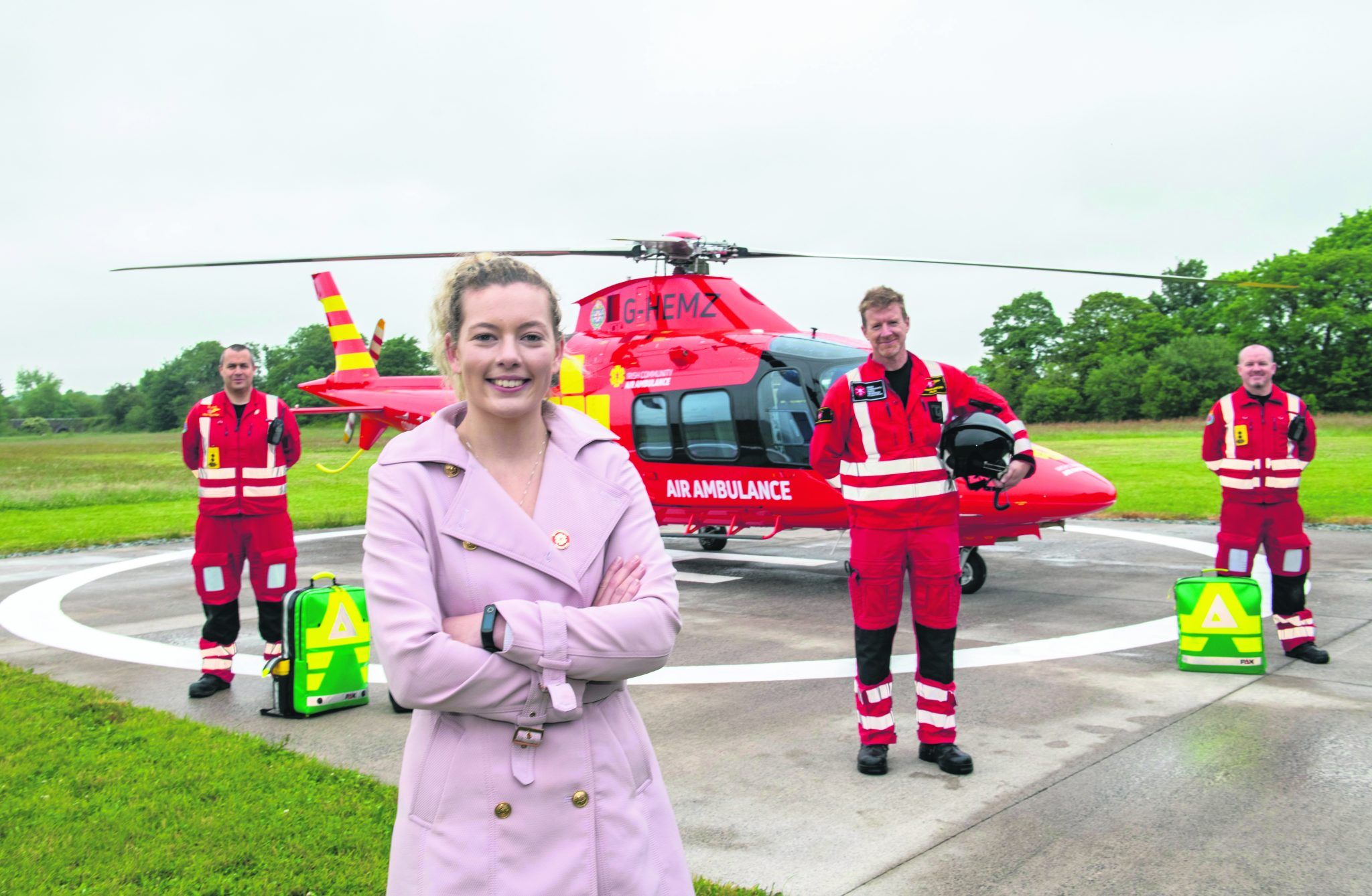 ‘It was totally unexpected as I was feeling perfectly well before this that summer,’ she remembers.

Part of her recovery meant she had to learn how to walk again as she suffered muscle wastage after being confined to bed for so long.

‘I was very weak and needed a lot of physio and rehab before I could come home,’ she said.

Fortunately Clodagh is now back to her full health, is continuing her UCC studies and even launched a new business during lockdown, Bantry Bay Food Farms, with brothers Eoin (a graduate of BSc. Instrument Engineering from CIT who has also completed a Certificate in Agriculture through Clonakilty Agricultural College) and John (BSc. Food Science in UCC).

‘We were very proud of our Hereford and Angus produce and were tired of being subjected to poor market prices for our cattle by meat factories, so we began to explore the concept to market our own beef directly to the end consumer.

‘After months of planning, videocalls and market research, in February we launched our first batch of 7kg Beef Boxes for €100. Each box contains a selection of both prime and household cuts of meat which gives the consumer a variety of options to choose from to form the base for some beautiful meals,’ said Clodagh.

The trio are steadily building the business, and already have customers all over the country.

Clodagh is very aware that things could have been an awful lot different for her.

‘Everything was in my favour on the day I collapsed, I was so lucky – the local ambulance was in the area, it was sunny which allowed the Air Ambulance land on our lawn, and mom was with me. I believe that only for the quick actions of the Air Ambulance crew supported by other emergency responders I wouldn’t be here today,’ said Clodagh.

Joan added: ‘We are just so indebted to them all for such a great outcome. She missed her 20th birthday because she was in hospital, and this summer she celebrated her 21st, an occasion she might not have seen.’

The charity heli-med service took delivery of a Leonardo 109S helicopter earlier this summer. It is the fastest civilian helicopter in the world and is ideally suited to the provision of a rural Helicopter Emergency Medical Service (HEMS).

It can travel up to 300 kilometres per hour. It is capable of flying the length of the country from Mizen to Malin Head in a little over 90 minutes. The same journey would take eight hours by road.

Chief Executive Mícheál Sheridan said: ‘The Air Ambulance is expected to cost €1.55m to run this year and relies entirely on fundraising. Each mission costs an average of €3,500, we need donations and support to help us go further faster.’

To show her gratitude, Clodagh, her family and friends have helped raise over €21,000 for the Irish Community Air Ambulance.

‘You never know when you’ll need it. My message to people is to be grateful for the life you have, make the most of it, because you never know if you’ll wake up tomorrow.’