RURAL Ireland is full of opportunity, according to Minister for Rural and Community Development Heather Humphreys, who was speaking during a recent visit to West Cork.

Addressing an event called Rural Roadmap to 2030 in the Westlodge Hotel in Bantry last Friday night, the minister said remote working has been the biggest game-changer for rural Ireland.

Looking back to when the idea was first floated at a cabinet meeting in 2019, she said: ‘We said the future of work has to be different and we need to look at embracing remote working and new technology. It was a concept, and then Covid came and it became a reality. It has meant such a change to rural Ireland. People remained remote working and now we have invested over €100m in almost 400 remote working hubs.’ 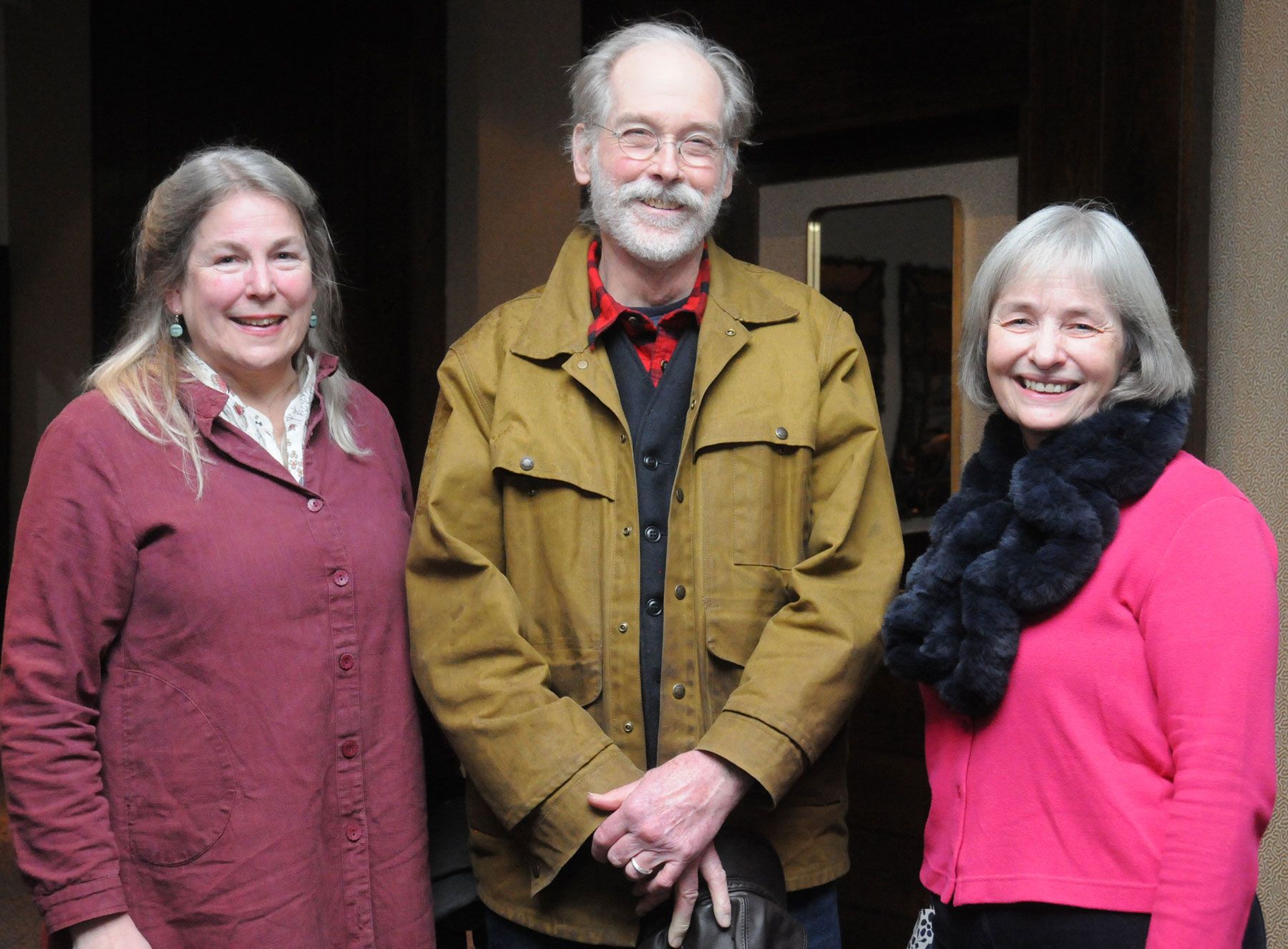 Elizabeth Savage and Christie Saunders of the Fastnet Trails Walking Group with Elizabeth Ross, Drimoleague Heritage Walkways and the Top of the Rock Pod Páirc.

Minister Humphreys also reminded attendees at the meeting organised by the Bantry/Beara district of Cork South West Fine Gael of the money heading to the rebel county for rural development funding.

The event was largely based around two panel discussions, chaired by chairman of the Fine Gael agriculture and rural development forum, Eddie Downey. The former IFA president presided over a very busy meeting. A topic that came up on numerous occasions was the fact that there are opportunities out there for farmers especially from the roll-out of the new Common Agricultural Policy (Cap).

Skibbereen-based agricultural consultant Owen O’Driscoll commented on how in the nineties and noughties, agriculture was viewed very negatively but now there are many more opportunities for farmers.

‘Farmers react to policy, it’s the most important thing. West Cork saw the biggest number of organic applications,’ he said.

‘Agriculture seems to be going through a lot of negative press, but I think there’s a lot of opportunity for farmers with the environment, carbon and solar. We have a huge resource in farmers’ sheds when it comes to solar.

‘We now need the policy in place so they and their urban neighbours can benefit from this resource.’

Regarding solar, he added that it was essential that farmers would get paid for selling electricity back to the grid, and that the emissions reductions associated with this should be attributed to agriculture, and not the energy sector.

Newly-appointed head of Teagasc in West Cork, Dr Grainne Hurley told the meeting that there will be further roll-out of the State advisory body’s new Signpost advisory service. 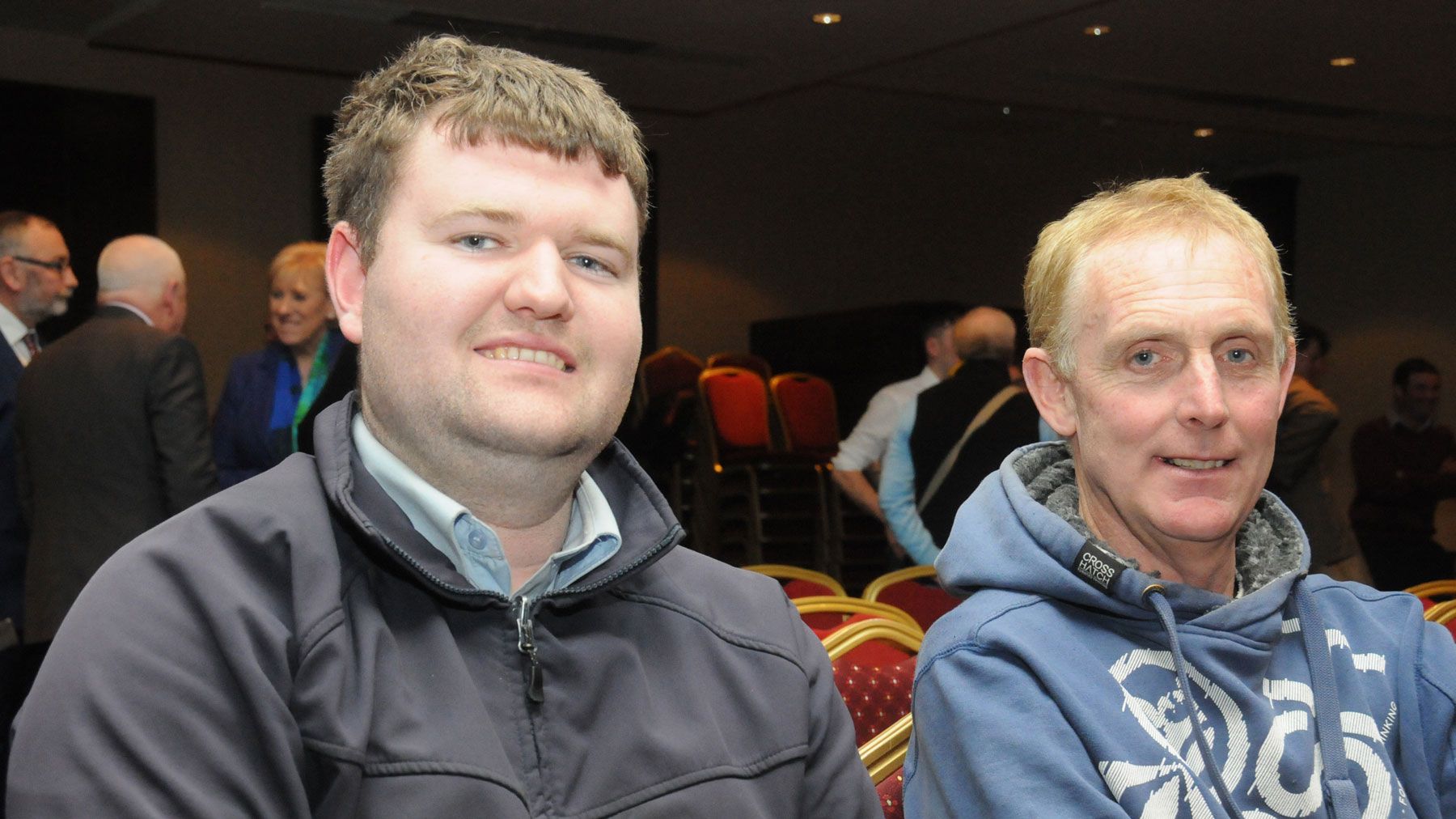 Niall Dwyer, Eyeries and Gordon Shannon, Tralibawn, at the meeting.

‘There are challenges ahead for sure, but the key thing is that farmers are aware of it and we can work with them and with our advisers on the ground,’ Dr Hurley added.

And she also confirmed that there will be two new advisers recruited for the Teagasc Signpost programme specifically designated for the Cork West area.